Posted at 13:51h in Uncategorized by Dayoong Kim

102nd World Esperanto Congress was held in July at Hankuk University of Foreign Studies located in Dongdaemun, Seoul. Esperanto is the most widely-spoken constructed language in the world. 1,200 Esperantists (Esperanto users) from 26 countries communicated in Esperanto despite having different races, religions, and ages.

On July 23, an opening ceremony was held at the Obama Hall, Hankuk University of Foreign Studies. Mr. Park Won-Soon, the mayor of Seoul delivered the opening remark with the Esperanto greeting, “Saluton”. He said, “I understand that Esperanto is a language made for people from different races to communicate and have a mutual understanding for the peace of mankind. I am very pleased that Seoul hosts the World Esperanto Congress again after 1994’s congress.” He also added, “It is necessary to make a society without prejudice by utilizing the purpose of Esperanto which is to prevent conflicts between different ethnic groups.” 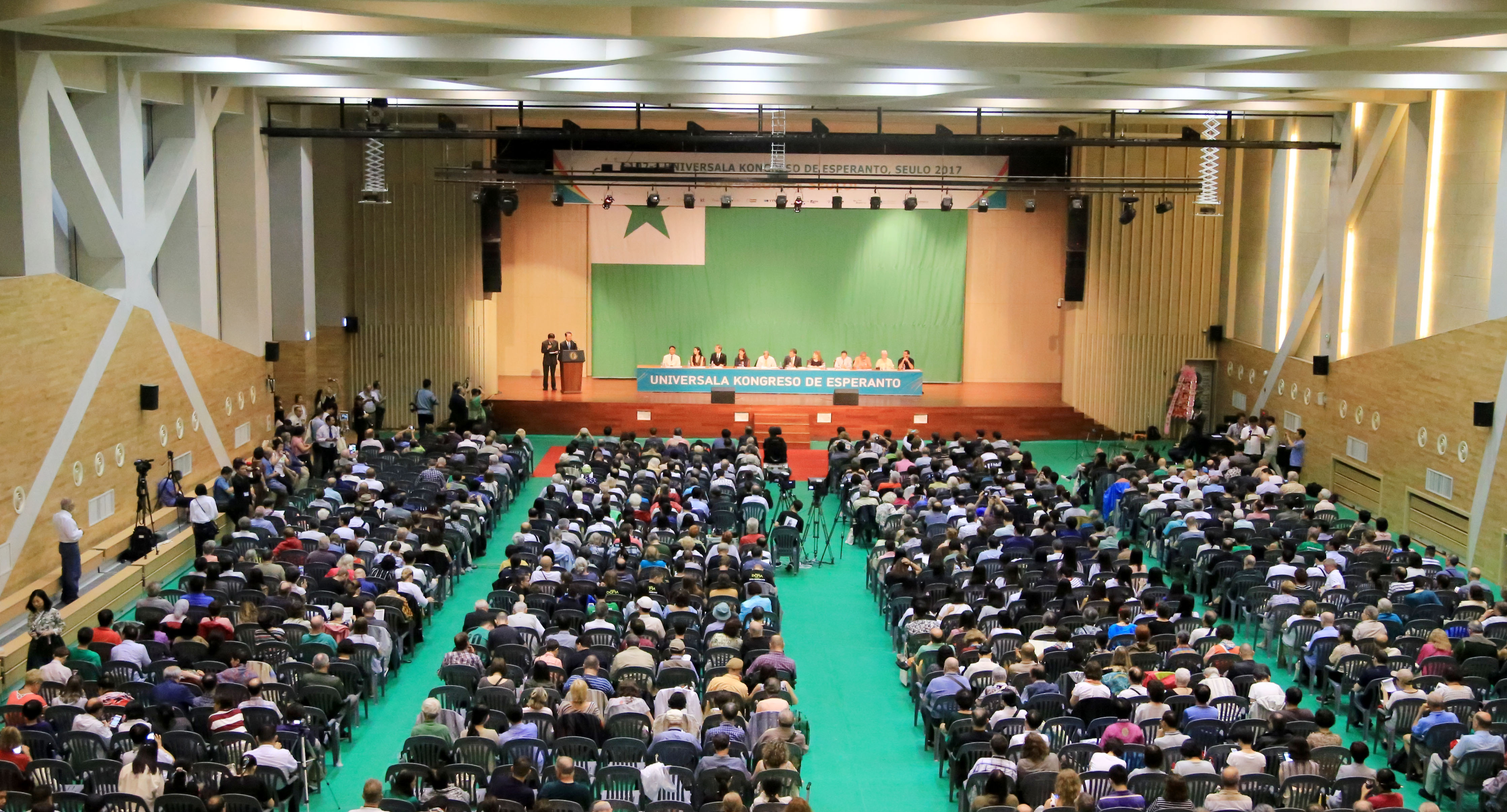 The World Esperanto Congress is the largest annual event of the Esperantists. Korea Esperanto-Asocio, the association of the host country, is a member the Seoul MICE Alliance(SMA). Seoul Metropolitan Government and Seoul Tourism Organization supported the event from bidding to hosting.

Seoul Metropolitan Government and Seoul Tourism Organization found this meeting at the IMEX Frankfurt in May 2011. Since then, Seoul provided the bidding support financially and non-financially such as bid support letter, field trip around Seoul, one-on-one bidding clinic and so on. Then the World Congress of Esperanto agreed to host the event in Seoul at the French Lille convention held in 2015.

The World Esperanto Congress was prepared by the Universal Esperanto Association (UEA), the host country’s association and the Greek Esperantists. Esperanto related programs such as basic lessons, presentations, symposiums, and more were provided. ‘Korea Night’ was held to allow participants to freely network with one another. Taekwondo demonstrations, orchestral band performance, traditional performances, and more were carried out to inform participants about the Korean culture and allow them to get to know each other in a pleasant atmosphere.