Posted at 20:00h in Uncategorized by Jiyeon Lee

The Seoul Metropolitan Government and the Seoul Tourism Organization boosted the status of Seoul as an international MICE city by supporting attracting, promoting and holding various MICE events in 2016. For a fun retrospective, we arranged the various MICE support of Seoul and achievements in 2016 in a fun number puzzle.

In 2016, a total of 10 Seoul promotion booths were operated at qualifying large-scale international meetings, corporate meetings and incentive groups. At these promotional booths a variety of cultural events were offered for business event participants such as trying on Korean traditional costumes, experiencing traditional plays and opportunities to shop and purchase some of Seoul’s representative souvenirs. At the International Rotary 3K Peace Walk held at the City Hall Square last May, for example, various programs such as a rice-cake mallet game, post card writing and mailing service, a photo zone, and other events were hosted, raising the spirits and excitement of the participants. (See the related article)

MICE exhibitions offer various destination representatives and related industry figures to meet and promote towards meeting planners. In 2016, the Seoul Metropolitan Government and Seoul Tourism Organization participated, jointly and independently, in nine domestic and foreign MICE specialized exhibitions. Through them, they conducted 672 consultations with buyers considering a MICE event in Seoul.

In May, a record number of 8,000 executives and employees of the Chinese company Joy Main Science and Technology visited Seoul and enjoyed ‘a Chicken Soup with Ginseng Party’ on the Han River. At this event, samgyetang (a ginseng chicken soup) was served to all executives and employees while they enjoyed a concert that included singers of the OST for the popular Korean television drama, ‘Descendants of the Sun’. The Joy Main incentive was the biggest incentive group to come to Seoul thus far with the number of guides for the group over 140 alone. The Korea Tourism Organization estimated the economic inductive effect created by group to have been 49.5 billion won. At the dinner event, the group also enjoyed a food truck event, street performances, traditional Korean plays, a photo zone and more. During their Seoul visit, the group visited popular attractions such as Gyeongbokgung Palace, Dongdaemun Market, Cheonggyecheon Stream, Myeongdong, and more. (See the related article)

The Seoul Metropolitan Government offeres Seoul MICE Cards for qualifying international meetings with more than 1,500 foreign participants. The Seoul MICE Card is made in the form of a T-money Transportation Card, pre-loaded with 5,000 Korean won, and can be used by the holder on Seoul’s public transportation, taxis, convenience stores, and even some cafes and cosmetic stores. It offers an inexpensive and convenient option for foreign participants to explore the city more conveniently. In 2016, about 7,000 MICE cards were distributed in all, which also provided the city with data on the trends and activity of MICE participants in Seoul. (See the related article)

One essential element of a successful MICE event is having capable event-operating personnel. Competent operating-personnel perform various roles such as guiding business event participants during meetings, helping operate registration desks, interpreting/translating, and offering tourism tips. The Seoul MICE Supporters is a ‘Personnel Pool’ system designed to aid domestic and foreign PCOs and event planners in finding suitable personnel. Under the Seoul MICE Supporters system, the Seoul Metropolitan Government subsidizes half the cost per supporter for business events. Supporters are selected and trained by the city to become specialized event operating agents knowledgeable in hospitality, first aid, and more. About 600 new supporters registered for job training held in six sessions in 2016.

The Seoul Metropolitan Government provides ‘a welcome kit’ to qualifying MICE event participants. This year’s welcome kits came in the shape of a Korean lucky pouch and included △a business tour guide book, △ a Seoul map, △ a Seoul postcard set, and △ an LCD cleaner. All MICE participant of qualifying groups receives these welcome kits. In 2016, more than 58,000 welcome kits were distributed to participants of 161 international meetings and 67 corporate meetings/incentive tours. 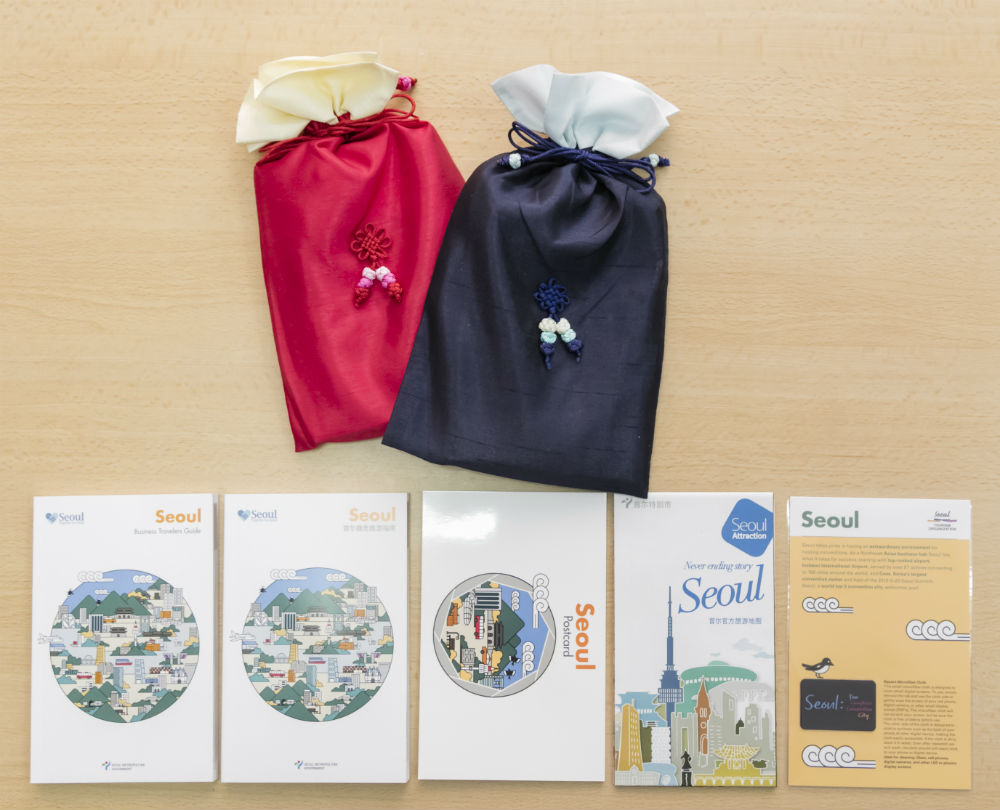 To strengthen the city’s attraction for international meetings yet to decide on a city, the Seoul Metropolitan Government provides various support programs such as consulting, professional proposal and PT development, site inspections, support letter from governmental figures, and more. (See the related article) Thanks to these programs, Seoul attracted 31 future international meetings this year with approximately 40,000 international meeting participants expected to visit Seoul.

Starting from the May 2016 issue, the Seoul Convention Bureau Webzine posted a total of 282 articles and published more than 90,000 newsletters. Webzine articles have been viewed 1,113,191 times and have coverd various MICE issues including MICE support programs of the Seoul Metropolitan Government, interviews with key personnel, and more. The Seoul Tourism Organization plans to continue offering interesting and meaningful articles through the Seoul Convention Bureau webzines and newsletters in 2017!