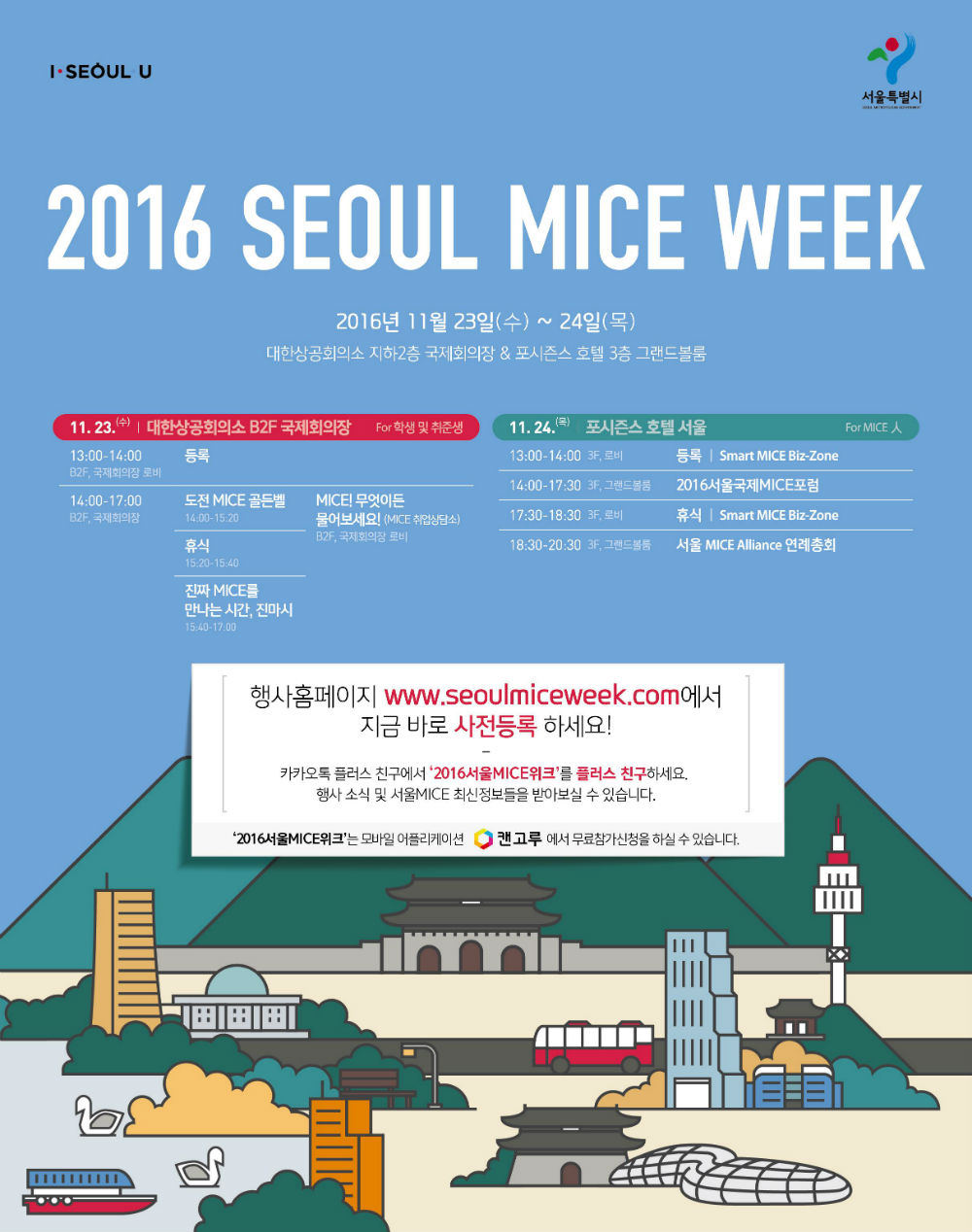 Posted at 18:36h in Uncategorized by Jiyeon Lee 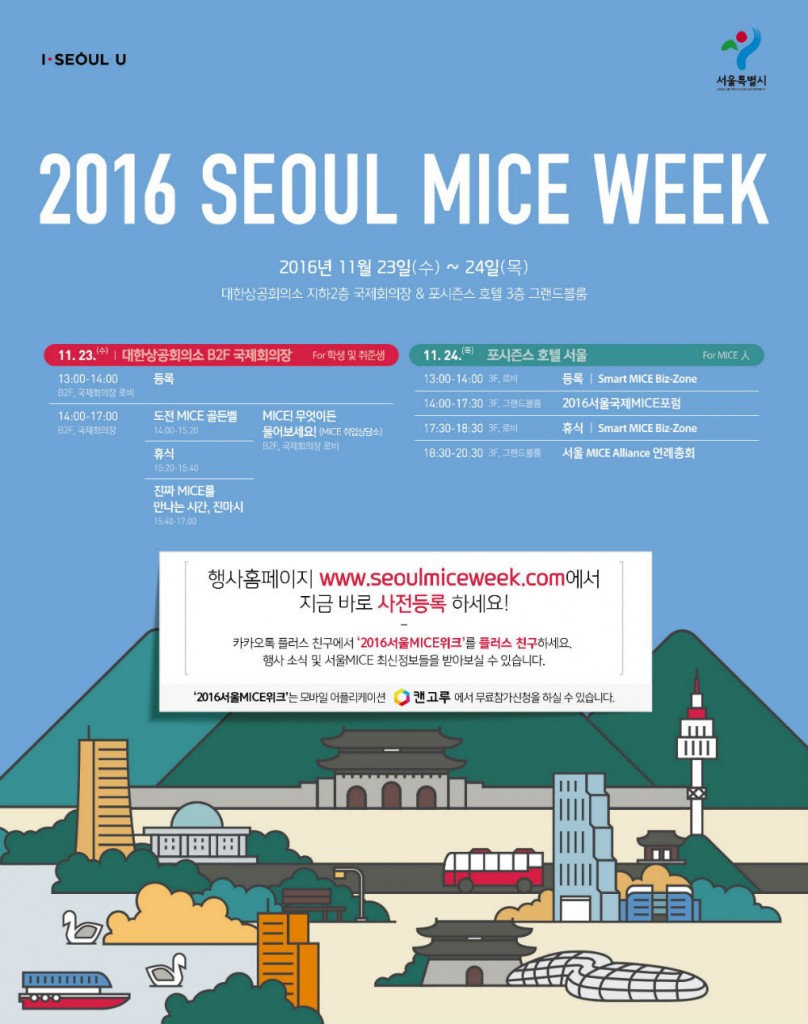 The 2016 Seoul MICE Week will be held at the international conference hall of the Korea Chamber of Commerce and Industry (KCCI) and the Grand Ballroom of the Four Seasons Hotel Seoul from November 23 to 24, 2016. The event is expected to draw participants from various sectors and fields including citizens, private businesses, scholars, and students. The purpose of the event is to explore the future development direction of Seoul’s MICE Industry and to promote the general importance of the MICE Industry.

A series of programs discussing the importance of the MICE industry and its future will be held during the Seoul MICE Week which will have participation from local and global industry leaders to local high school and university students.

On November 23, the opening day of this event, various programs aimed at fostering future MICE leaders will take place at the international conference hall of the KCCI. ‘Challenge! MICE Golden Bell’ will have 100 students from six high schools specializing in MICE and tourism compete in a fun MICE quiz game. Also featured will be TED-style talks from global MICE industry experts and a talk show-format ‘Real Time of Meeting MICE’ intended for jobseekers. Other events for the day include an introduction to the activities of the Seoul MICE talents bank and an awards presentation by Seoul Mayor Park Won Soon recognizing the top MICE supporters of the year. 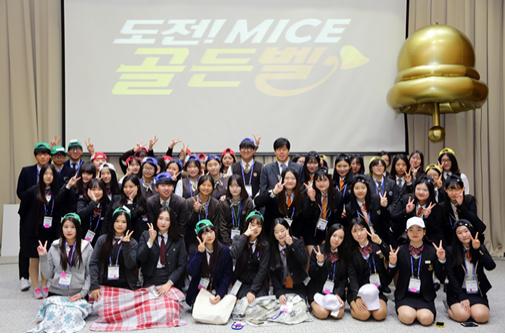 On Nov. 24, the second and final day of MICE Week, ‘the Seoul MICE Forum’ will take place for some 300 MICE participants from Korea and abroad at the Grand Ballroom of the Four Seasons Hotel Seoul. In the forum, a number of sessions will be presented on various topics which include global MICE trends, sustainable MICE events hosting, unique venue revival through regional regeneration, an introduction to Seoul’s MICE policies, and open discussions afterwards.

On the same day, the SMA Annual Meeting will also be held from 6:30 p.m. During the meeting, the past year’s achievements by the alliance will be reviewed, plans and goals for 2017 will be presented, and the alliance’s newest members will be introduced. The meeting will also recognize active members with outstanding achievements in the advancement of Seoul’s MICE industry.

The Seoul International MICE Week, held annually since 2014, has sought to promote the MICE industry to the general public and provide strategies for the further development of the industry.