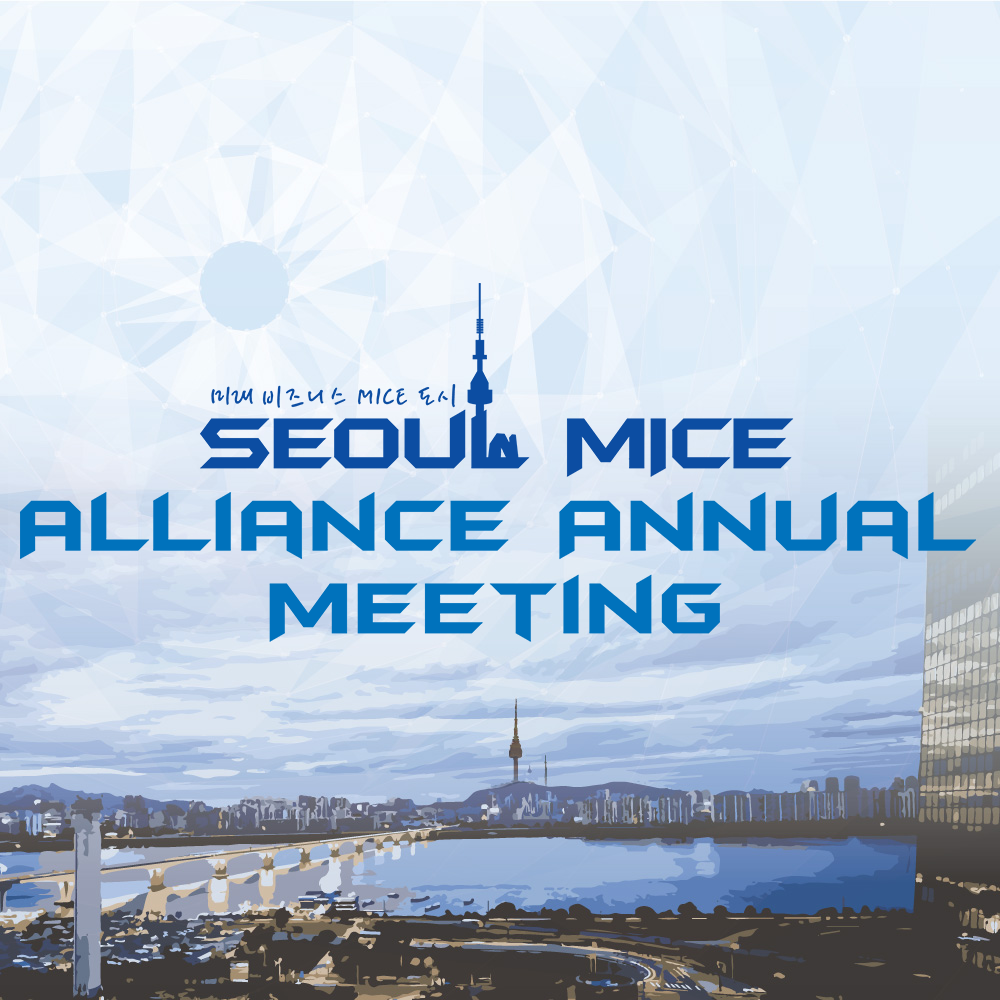 Posted at 15:09h in Uncategorized by Dayoong Kim

Awarding Certificates of Recognition and awards for outstanding members

The Seoul MICE Alliance (SMA) annual meeting was held at Seoul Dragon City on November 24. More than 300 members of the SMA member companies attended the event to meet professionals operating in the same industry, and to openly discuss and share the future direction and developmental plans for Seoul MICE. 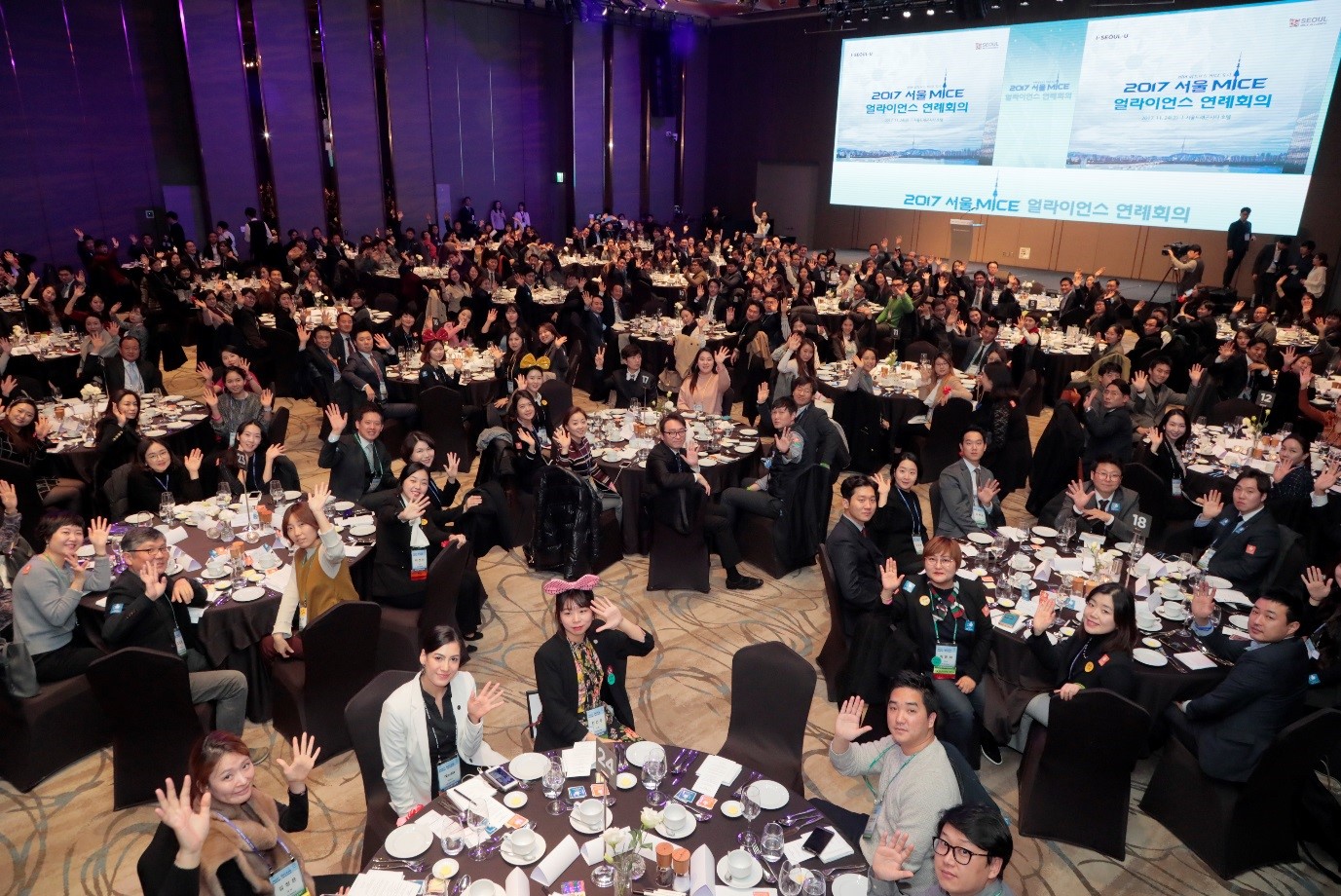 Established in 2011, SMA started off with 47 members who formed an alliance to help develop Seoul’s MICE industry and strengthen the city’s competitiveness in attracting events. The alliance has experienced considerable growth this year with the addition of 38 new members. SMA now has a total of 260 members. This year, SMA helped to bring in 38 international meetings and 107 corporate meetings. The total of 145 meetings were brought in this year, more than last year’s 132 meetings. Today, members are divided into 10 different fields including: convention centers, hotels, unique venues, PCO, travel agencies, transportation, entertainment, MICE service providers, shopping, and local associations. The members seek out ways to collaborate with each other and pursue ways for development.

Ahn Jun-ho, Director of Tourism & Sports of the Seoul Metropolitan Government, said in his congratulatory address, “In order for Seoul to take a step forward to become an advanced MICE city, the role of an effective public-private partnership supported by the Seoul Metropolitan city will become more important”. He added, “In order to develop the MICE industry, which will be the future breadwinner of Seoul, the city will collect various opinions from the industry and we try our best to provide support.” 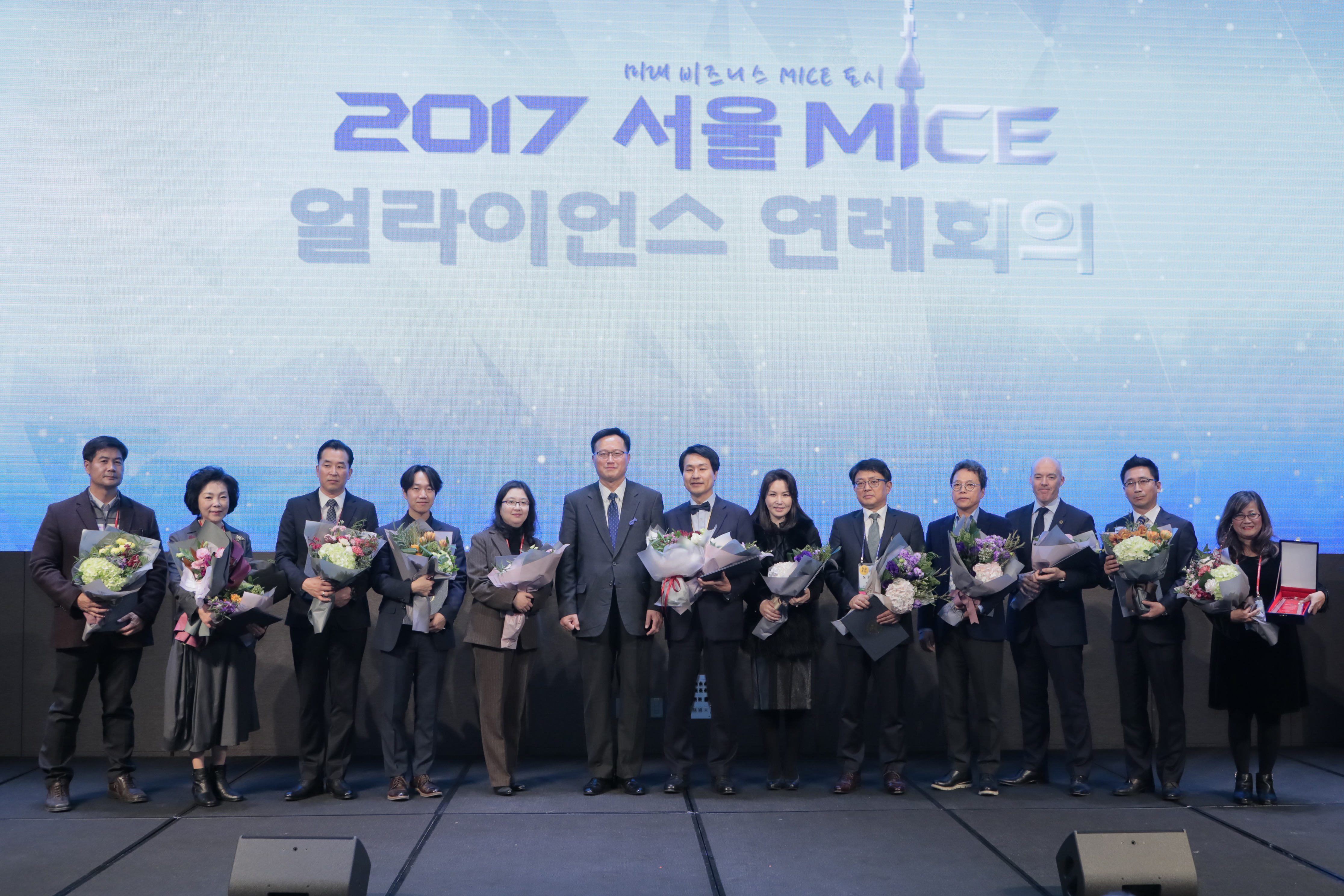 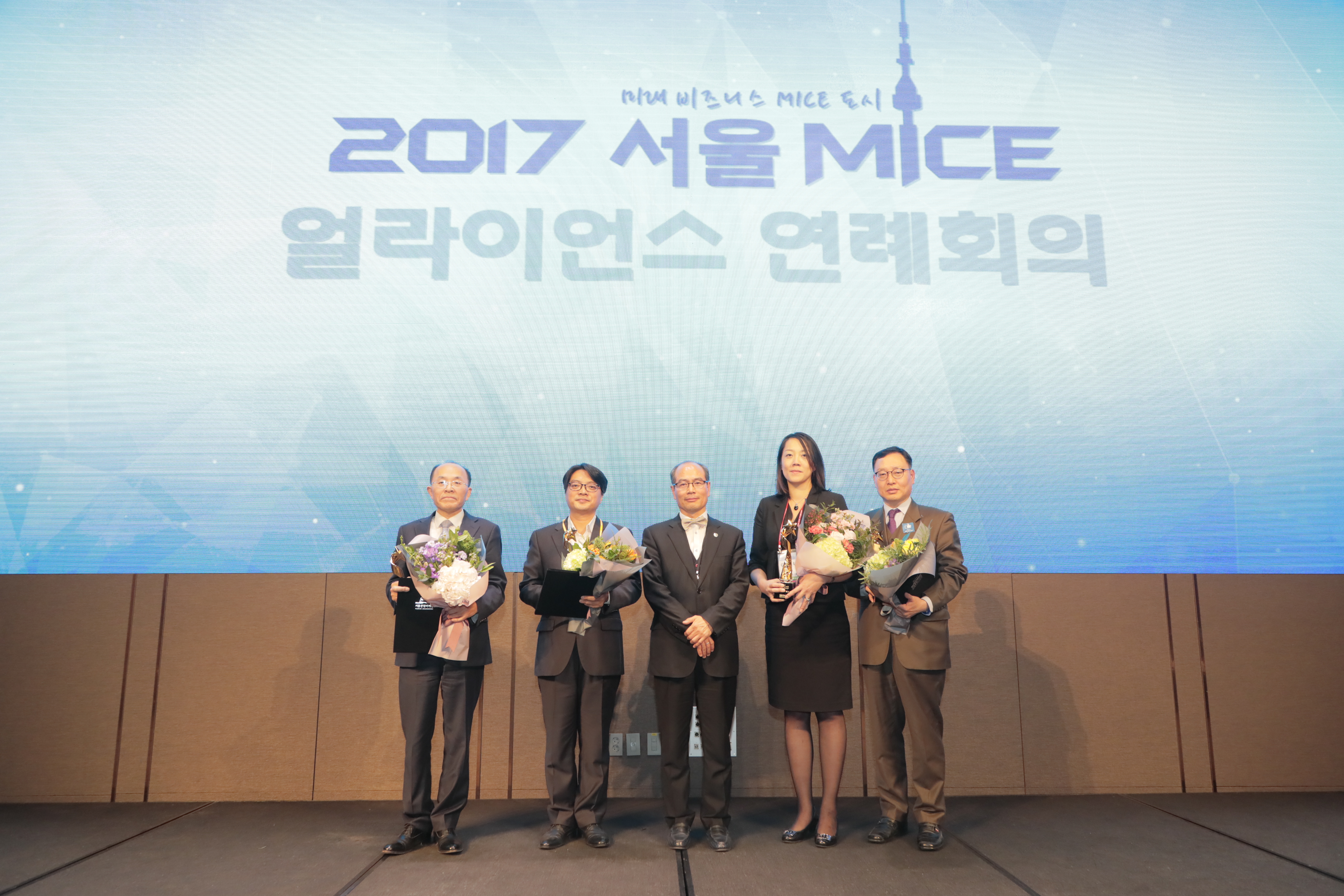 During this year’s annual meeting, there was also time set aside for handing out Certificates of Recognition by the mayor of Seoul and awards for outstanding members. It was an opportunity to thank the stakeholders who worked hard for the development of the MICE industry despite facing difficulties from the THAAD issue and other external factors. 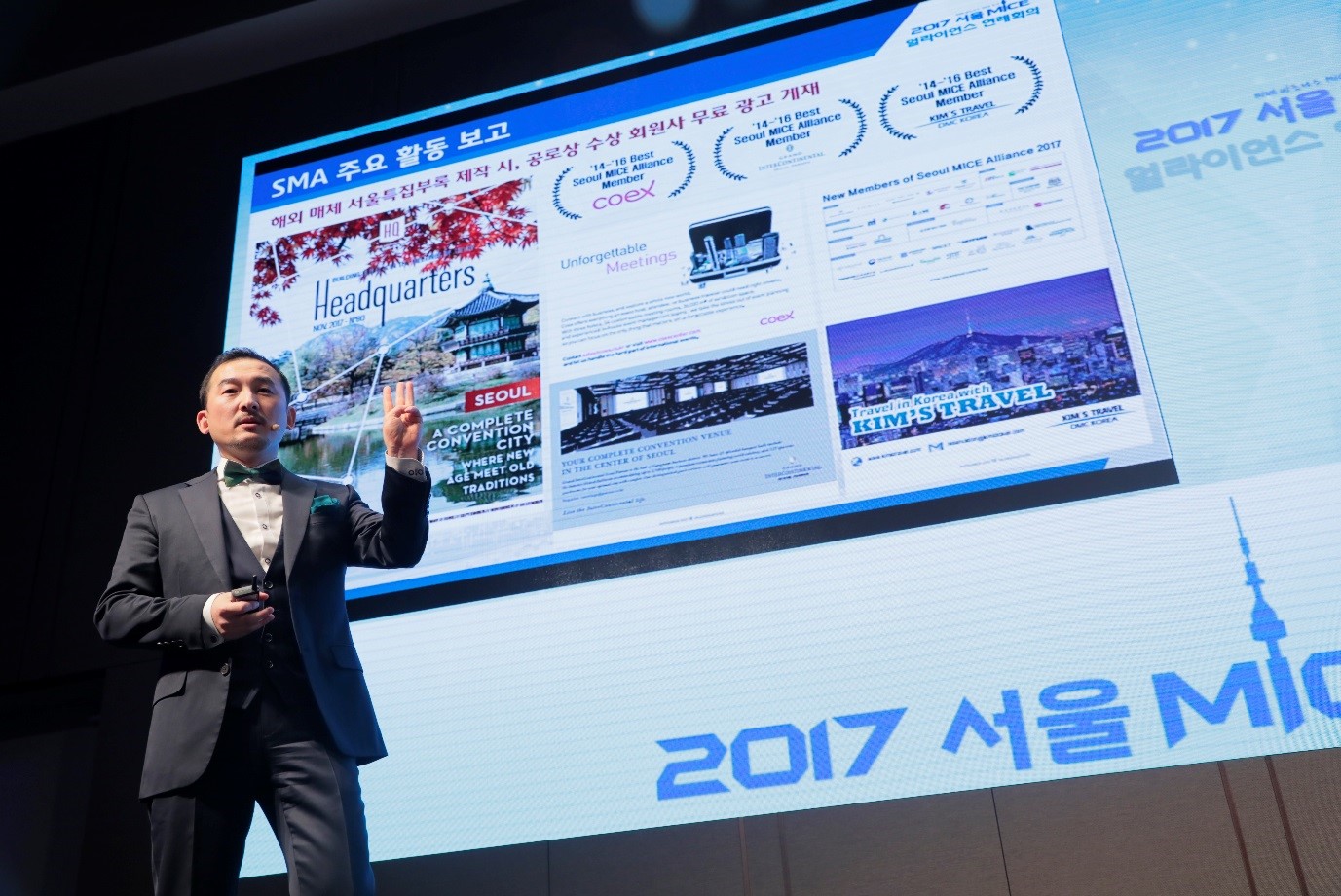 Following the awards ceremony, Park Jin-hyeok, Director of the Seoul Convention Bureau gave a presentation on the outcomes of the main activities undertaken this year by the city of Seoul and the Seoul MICE Alliance. The activities that were introduced included the joint participation at an overseas MICE exhibitions and the Korea MICE Expos, SMA meetings, Seoul MICE Consultation Sessions, joint marketing efforts and overseas advertising campaigns, MICE media Familiarization tours, and joint marketing for bidding. In addition, when introducing the reorganization of MICE Seoul’s support and evaluation systems, Mr. Park introduced measures to emphasize qualitative factors as well as quantitative factors of an event. He also explained that when screening for financial support, the outcomes of the SMA’s practical performance would be evaluated. The 38 new SMA company representatives were also introduced.

The events that took place before the main ceremony also captured a great deal of interest. A festival-like atmosphere was created with speech bubble stickers, a trickeye photo zone, and a CSR donation event. The CSR event was introduced for the first time this year, and was done in association with the Seoul Children’s Welfare Center, an affiliate of the Seoul Metropolitan Government. Participants of the event were able to donate daily necessities and toys during the event. 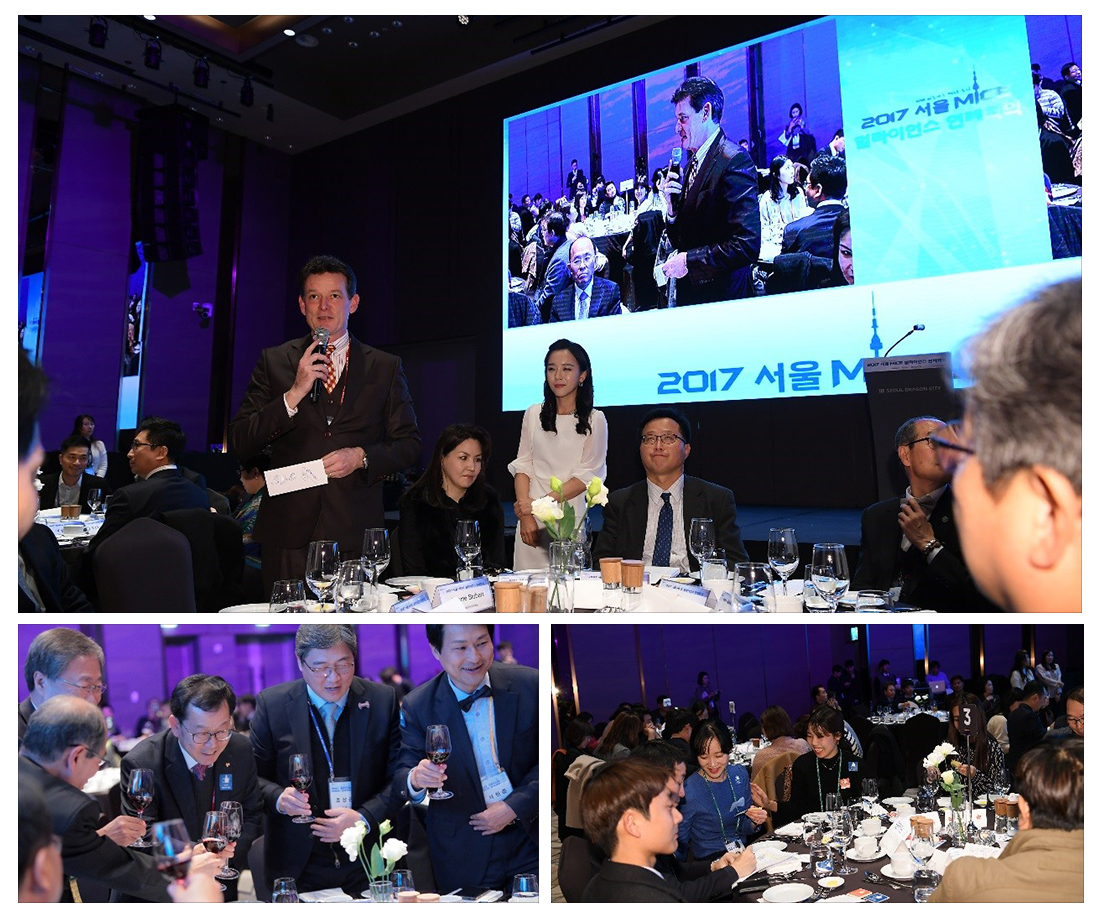 During the event, there was an interesting networking program conducted for members to foster friendship among members. Through the ‘table host system’, members who were not acquainted with each other were able to interact easily and comfortably by following the instructions of a designated host. Other events included participants making their own nameplates to introduce themselves, placing stickers with words of support on each other, a performance of a nonverbal play called Fireman, and a contest for best dresser where the participants used Symflow to answer questions live. The SMA Annual Meeting created a meaningful opportunity for SMA members to come together to reflect over the past year, strengthen relationships, and share plans for the growth of the industry in the coming year.

In the meantime, 2017 Seoul MICE Week was held on the first day of ‘Seoul Future MICE Personnel Training’, followed by ‘Seoul International MICE Forum’ and ‘Seoul MICE Alliance Annual Meeting’, and MICE industry workers, experts, It was a place to discuss the future of the global MICE city Seoul.