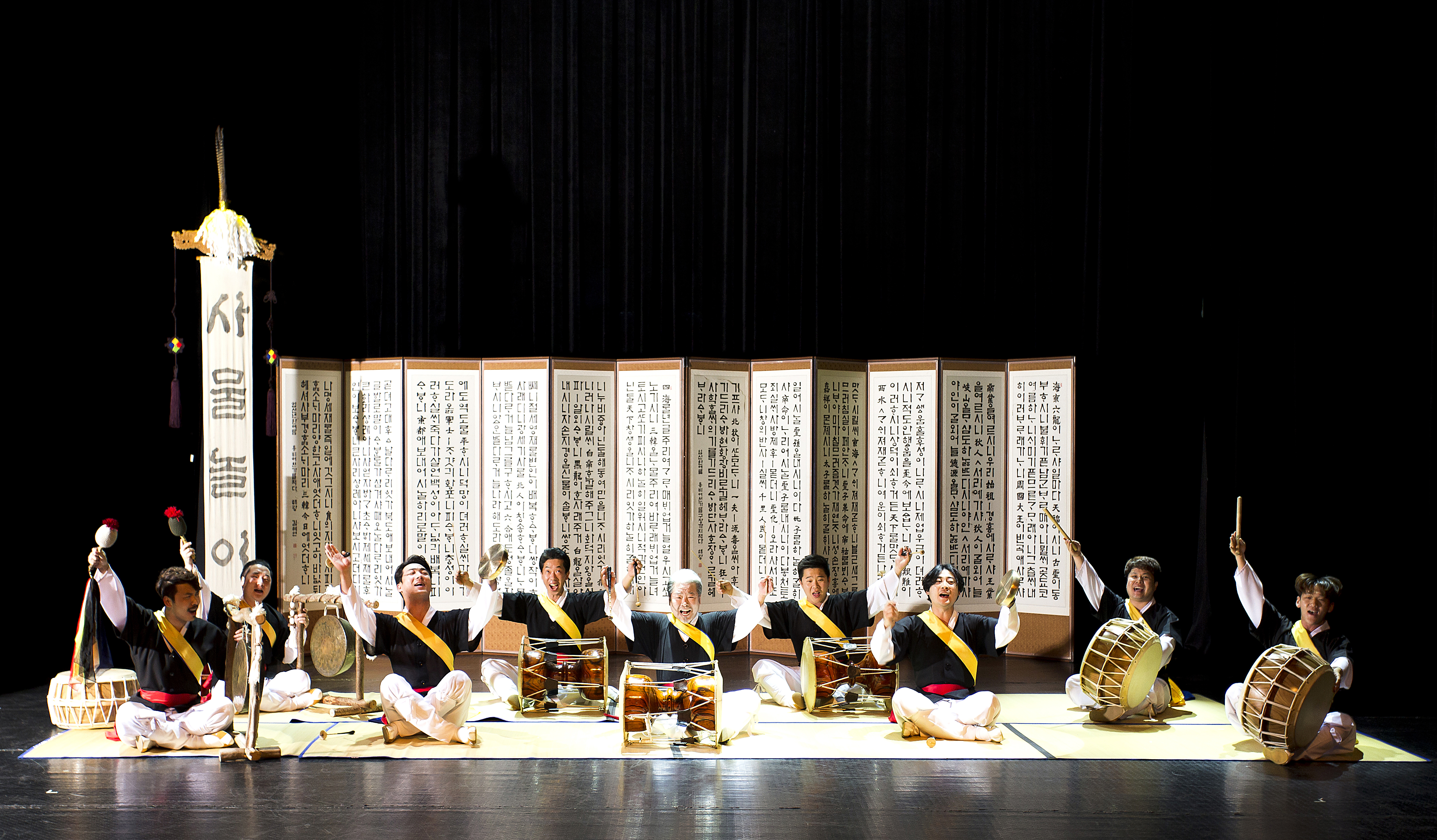 Posted at 10:29h in Uncategorized by Dayoong Kim

SamulNori is the name of a group of four dynamic musicians dedicated to performing and preserving traditional Korean music and dance. The name also refers to the style of music they created. Since these superb percussionists formed the group in 1978, SamulNori has sparked a renaissance in Korea’s music scene and garnered worldwide acclaim more than 40 years.
The Korean words ‘Samul’ means ‘four things’ and ‘nori’ means ‘to play.’ In the case of SamulNori, it refers to the four musicians playing and dancing with four percussion instruments. Founded by Kim, Duk-Soo, the group’s leader and master of the Jang-go(hourglass shape drum), SamulNori has become the leading traditional Korean Performance group. The ensemble performs in many configurations but usually tours as a quartet with Master Kim at the helm. The origins of their music can be traced to what is usually referred to as farmers’ band music(Poongmul) and ceremonial music(Gut). It also incorporates the influences of folk and religious music and their intricate rhythms have become quite uniquely their own.