A Successful End to ICIS – an Event Attended by 1,500 Academics

Home > A Successful End to ICIS – an Event Attended by 1,500 Academics 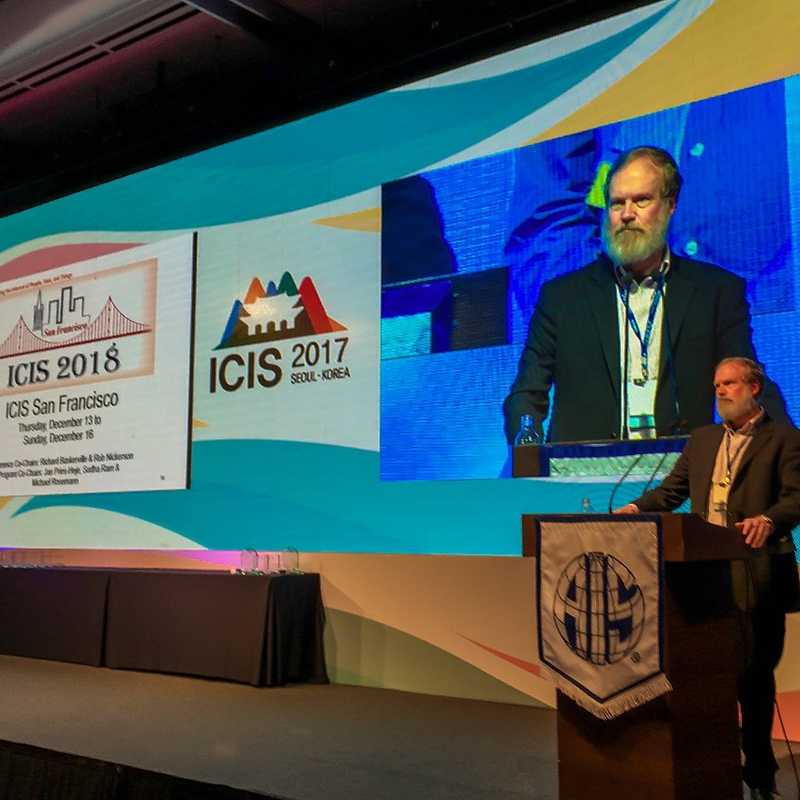 25 Dec A Successful End to ICIS – an Event Attended by 1,500 Academics

Posted at 22:17h in Uncategorized by Dayoong Kim

A Successful End to ICIS – an Event Attended by 1,500 Academics

Held for four days from December 10 at COEX in Seoul

Discussions held under the theme of ‘Transforming Society with Digital Innovation’

The 38th International Conference on Information Systems (ICIS) – the world’s largest information systems conference – was held for four days at COEX in Seoul starting on December 10. After being held in 2011 in Shanghai, China, this was the second time the ICIS was hosted by an Asian city. 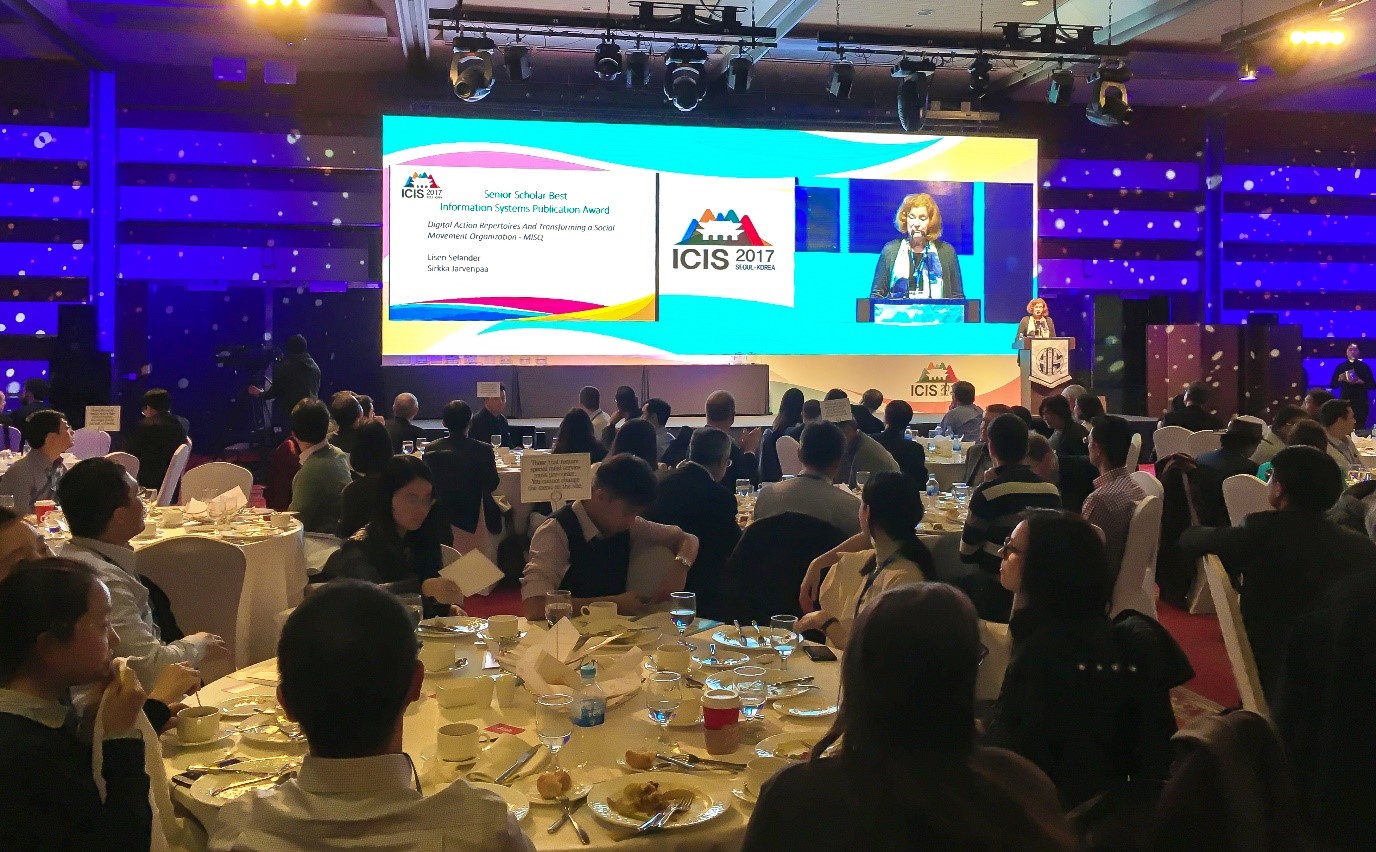 The theme for the 38th ICIS in Seoul was “Transforming Society with Digital Innovation.” Participants discussed how society would change under the Fourth Industrial Revolution and what strategies and policies would need to be put into place to cope with the changes. The conference provided a platform for academics and practitioners to promote IT convergence and create new business value out of information and technology. It also served as the spring-board for gathering and disseminating experiences gained in implementing IT convergence to create new values in a variety of industrial settings.

The conference was preceded by the Doctoral Consortium, which was held from December 6 to 9 at the Hoam Faculty House in Seoul National University. The main conference kicked off on December 10 at COEX in Seoul. A variety of events took place each day such as the Junior Faculty Consortium, general meetings, a keynote session/awards lunch, and the Digital Leadership Summit (formerly known as the CIO Symposium). The summit meetings were attended by 1,500 participants consisting of well-known domestic and foreign scholars and businessmen, and students. The approximately 1,300 foreign participants shared various types of information regarding the new technology, strategies, and policies that can be used to spearhead the business innovation industry. 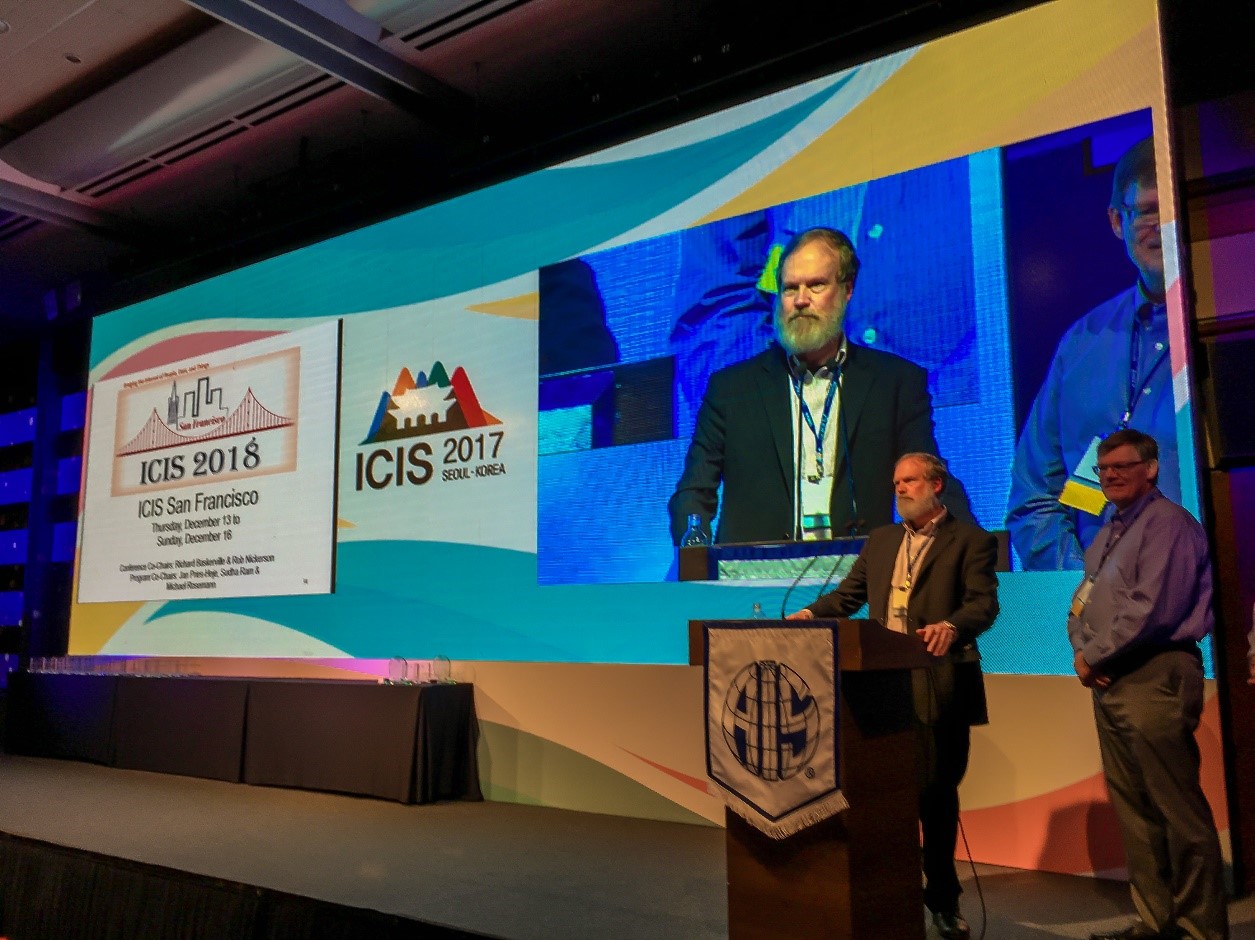 On December 11, all eyes were on Rim Ji-hoon – CEO of Kakao Corporation – as he was presented with the 2017 AIS (Association for Information Systems) Leadership Excellence award. Kakao was praised for promoting digital innovation by expanding into the field of fintech after starting out in O2O (Online-to-Offline) commerce. The successful event wrapped up with a gala dinner on December 12 at Some Sevit Floating Islands – one of Seoul’s unique venues.

The city of Seoul and the Seoul Tourism Organization supported the event through providing the unique venue along with Seoul Welcome Kits and customized MICE tours to welcome and entertain the participants. The specialized tour that took place on December 9 was attended by a total of 61 participants, and included tours around meaningful locations in Seoul such as the War Memorial of Korea and Insadong.

The International Conference on Information Systems is an annual event that rotates around different regions and is the world’s largest and most esteemed international conference in the field of information systems (IS). Every year, it features more than 60 sessions that are organized by theme, and more than 300 presentations from academics and practitioners. ICIS is the flagship conference of the Association of Information Systems, which has over 4,000 full members in 95 different countries. The next ICIS is scheduled to kick off on December 13, 2018 in San Francisco, California, USA.