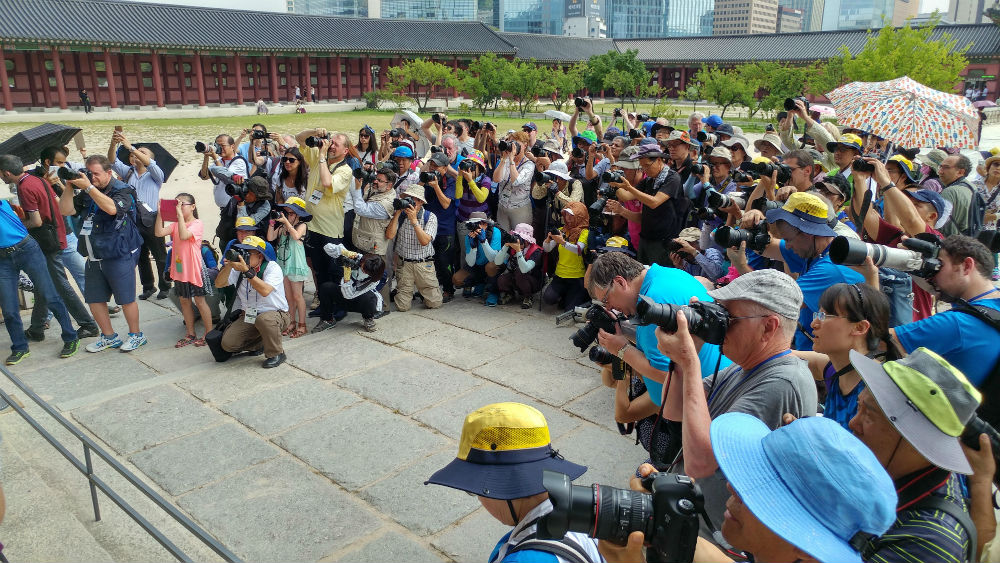 Posted at 19:37h in Uncategorized by Jiyeon Lee

The 33rd FIAP Congress (FIAP) was held in Seoul from 22-28 August, 2016. The congress, described by many as a “Festival of the World’s Photographers”, was attended by about 500 famous photographers from 87 countries and generated great global buzz in the weeks leading up to the congress. Among the support received by the congress from the Seoul Metropolitan Government was the customizable MICE Special Tour. Some 300 congress attendees applied for a spot on the tour through which the group not only received an in-depth tour of Seoul but also some memorable shots along the way.

Visited locations on the FIAP’s MICE Tour included Gyeongbokgung Palace, Namsangol Hanok Village, N Seoul Tower, Changdeokgung Palace, and Seonyudo Park. At every stop, a chorus of camera shutters were heard as the photographers busily snapped away. The tour course and sites were designed to reflect the preference of the photographers, many who wanted to visit scenic landscapes that combined tradition with harmony. The photos were all the more enhanced through the numerous activities that took place at the different locations including the changing of the guard ceremony, Taekwondo and traditional music performances, and traditional costume experience.

Curious to see Seoul through the lens of international photographers? You can see a video on YouTube or through the group’s Facebook link.

The followings are a few pictures from the MICE Tour by participants.