JUMP, Now people across the globe come to Korea to see JUMP!

Home > JUMP, Now people across the globe come to Korea to see JUMP! 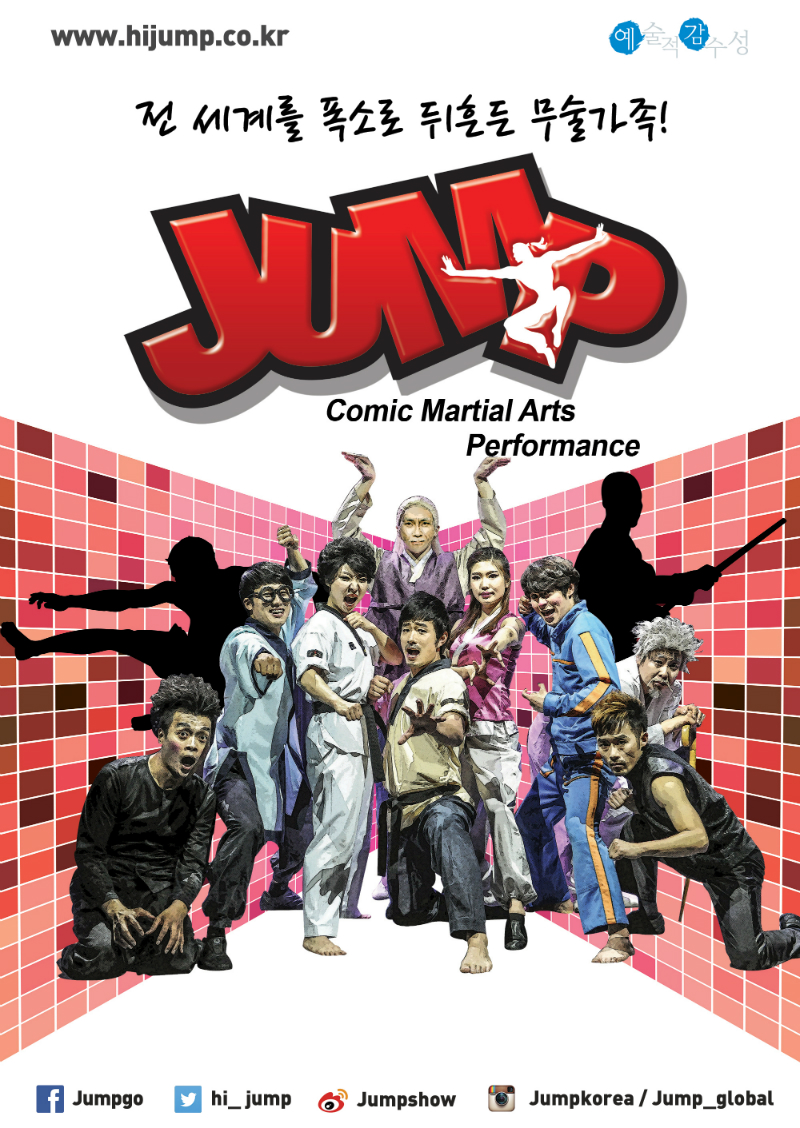 28 May JUMP, Now people across the globe come to Korea to see JUMP!

Posted at 12:00h in Uncategorized by Jiyeon Lee 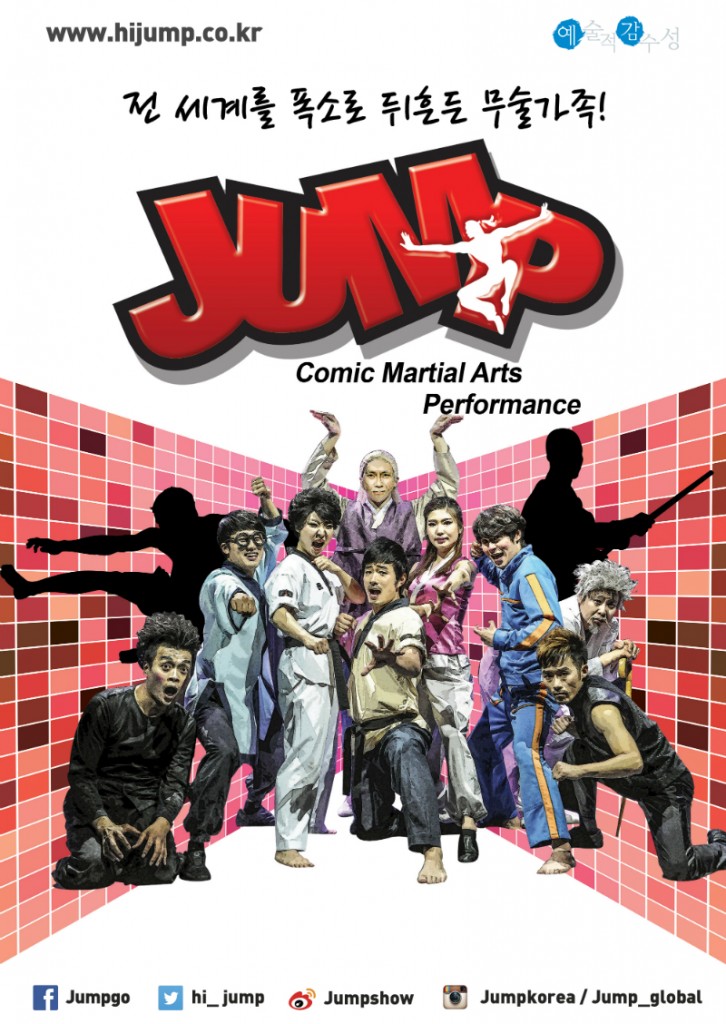 Since premiered in 2003, JUMP has been internationally acclaimed in Europe as well as in Asia of China, Japan, Thailand and so on set a record of Box Office No.1 for a second successive year at the one of the world’s best performing arts festivals, Edinburgh Festival Fringe and a Sell-Out show at Sadler’s Wells Peacock Theatre in West End, the world’s central entertainment market, has grabbed the attention of the media worldwide again this year.

Comic Martial Arts Performance JUMP raved aboutamazinglive-action and choreography of dazzling martial arts moves including Korean martial arts, Tae-Kwon-Do and Taekkyun and a gravity-defying acrobatics, and very well-received by audiences worldwide as one of the best top 3 non-verbal performances with along BLUE MAN and STOPM in Off-Broadway among non-verbal performances without language barrier.

The overseas press media recently have reissued JUMP that many touristsvisiting Korea are scheduling to see in their travel itinerary or pre-booking. In April, 7 Russian media visited JUMP theatre in Seoul and covered the performance. The biggest broadcasting in Indonesia, ‘Trans 7’ and ‘MNC’ reported and interviewed the director and performers of JUMP in May. ‘Osaka TV’ also came with the famous Japanese entertainers, saw the show and covered. They has already been aware of JUMP but highly applauded after they eyed the stage for themselves. JUMP as a must-see performance in Seoul is expecting to be interests and public relations by abroad broadcasting and media more and more.

Meanwhile, JUMP has been worldwide touring in 87 countries 152 cities, performing over 12,000 shows and meeting more than 6 million audiences up to now. It also made 3 month national tour around 33 cities in China last year. As JUMP internationally touring, critics and journalists as well as the audiences paid great attention and rave reviewed.

JUMP is running the sit-down theatre in Seoul since 2006, and the theatre is located at 3F Myungbo Art Hall at Chungmuro. It is very culturally advantaged and geographically convenient for tourist to visit the theatre because the theatre is very close to the different tourist attractions such as Myung-dong, Hanokmaeul, Cheonggye Stream, Insa-dong, Dongdaemun and so on. The more detail information and the latest news on JUMP could be found at the website www.hijump.co.kr in Korean, English, Chinese and Japanese.