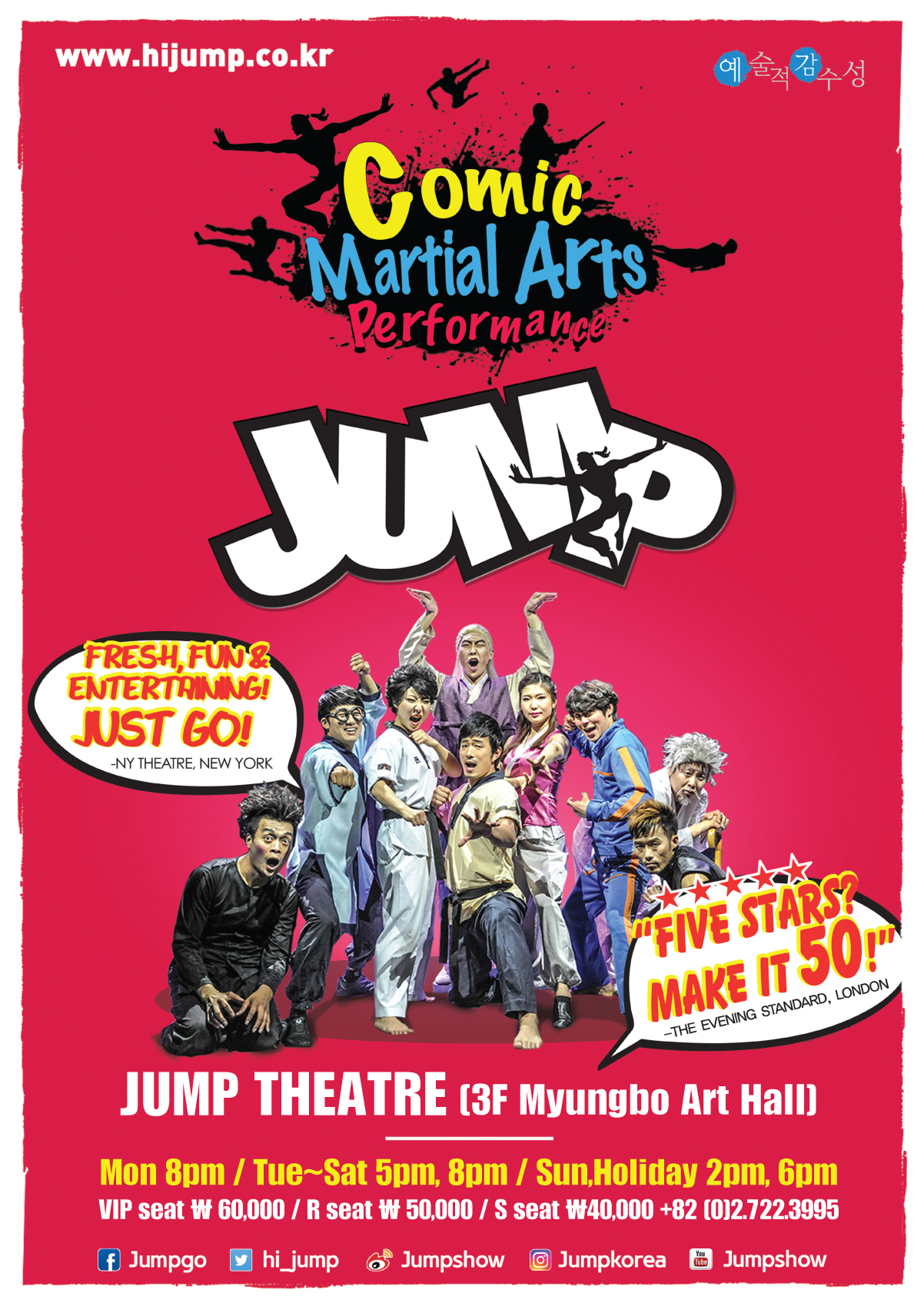 Posted at 21:30h in Uncategorized by Dayoong Kim 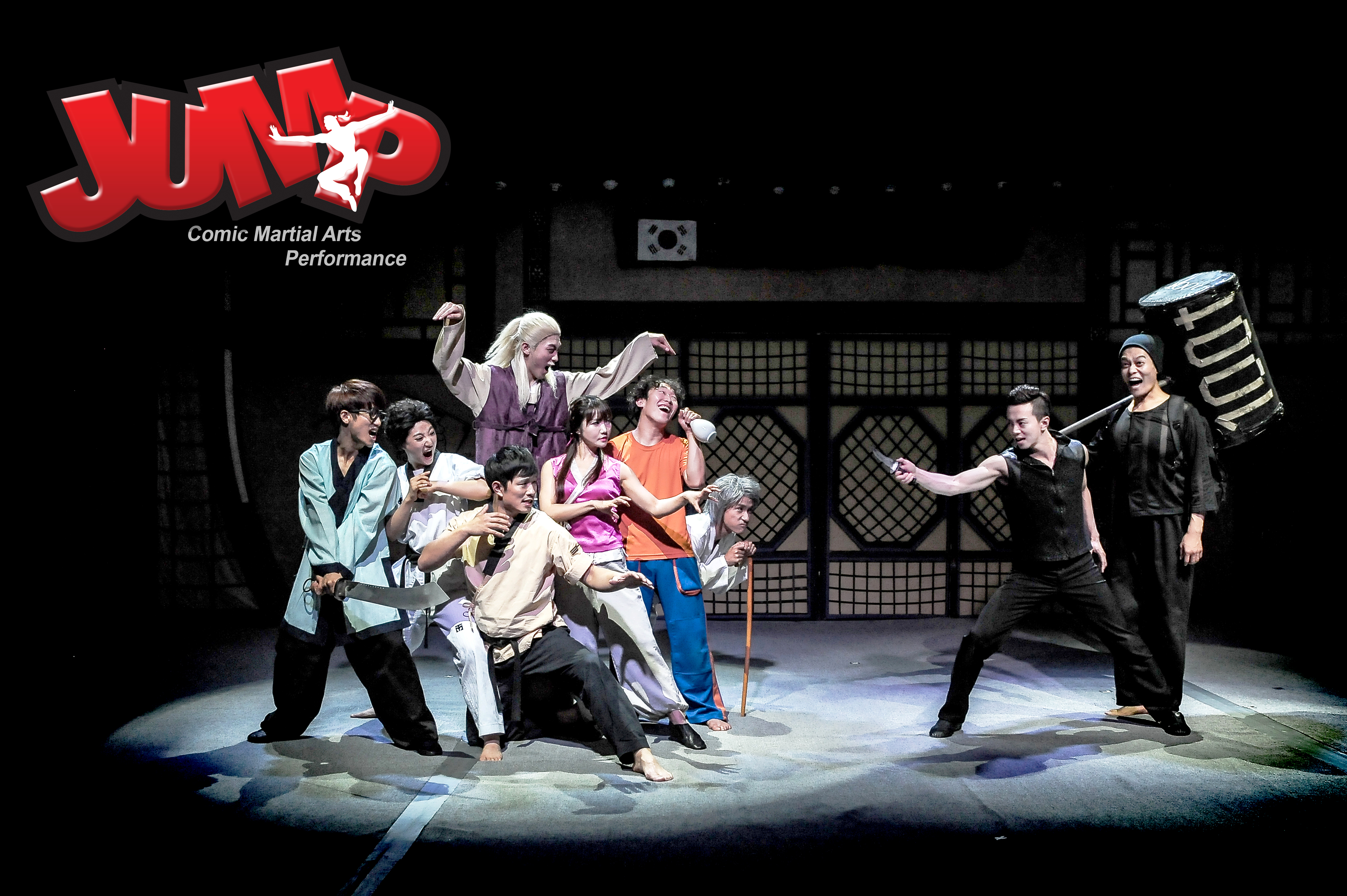 This package will provide Korean traditional culture experience; to try on Hanbok, to look around Korean historic royal palace Gyeongbokgung or Changgyeonggung in Hanbok and to watch JUMP show based on Asian martial arts such as Korean traditional martial arts Taekwondo and Taekyeon. The launching special prices are \50,000 (VIP seat of JUMP) and \45,000 (R seat of JUMP) including all of them. In addition, a special gift is presented with JUMP original goods, Korean traditional folding fan on which you could get autographs by the casts after finishing the show. HANBOKNAM has different style of Hanbok from the traditional style to the modern and lend for 2 hours.

JUMP performs every day in Seoul and has been visited by over 300,000 audiences a year in Seoul and worldwide tour. JUMP theatre is located at 3F Myungbo Art Hall about 5~20 mins walk-neighboring sightseeing and shopping; Myeongdong, Namsan Hanokmaeul, Cheonggyecheon, Kwangjang Market, Gyeongbokgung, Insadong, Dongdaemun Shopping Town, etc. It is also close to Samcheongdong(Gyeongbokgung) and Changgyeonggung where there are HANBOKNAM branches, and it is said by JUMP that this combined package would give a good opportunity to keep a remembrance to people along with family and lover as well as to tourists.

The launching event is ongoing at SNS (instagram.com/hanboknam,   facebook.com/HANBOKNAM.korea) and 10 winners will get free ticket of this package.