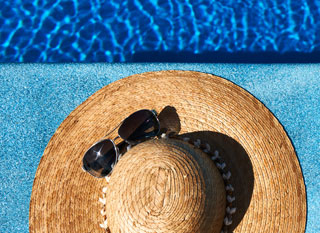 Posted at 04:53h in Uncategorized by Dayoong Kim

[dropcap]J[/dropcap]W Marriott Hotel Seoul announces the launch of two exciting packages to beat the summer heat, with key options including the chance to cool off in the hotel’s indoor pool or enjoy fried chicken and a cool beer in the comfort of your own room.

Vacances in the City package combines one night in a Superior Room with a transparent beach bag and large beach towel featuring the hotel logo, a 30% saving on the breakfast buffet at The Café@JW, and complimentary access to the hotel’s extensive indoor pool complex. Refurbished using environmentally-friendly technology last year, the pool complex comprises a six-lane main pool, a therapy pool designed for therapeutic and beauty treatments, and a children’s pool. The complex incorporates a special in-water shock absorbing lining and technology to prevent the exposure of the skin to harmful chemicals.

Victory Chimac Package offers one night in a Superior Room, and two bottles of chilled beer, fried chicken wings and French fries served in-room (“Chimac” is a popular Korean abbreviation for “chicken and beer”). A choice of two bottles from a selection of American, Japanese, Mexican and German beers is available, while guests with children will be offered a choice of soft drinks and fruit juices instead of beer. For the duration of the World Cup, glow-sticks will also be included in the package for guests cheering on their home nations.

Both packages include complimentary access to the hotel’s fitness club, the largest of its kind in Asia, and indoor swimming pool complex. Vacances in the City is available from July 1 to August 31 and priced at KRW 239,000, while Victory Chimac is available from June 13 to the end of August and priced at KRW 259,000 (both prices are exclusive of 10% tax and 10% service charge). Inquiries and reservations: 02-6282-6282