Learn About keywords for Foreigners Traveling in Seoul

Home > Learn About keywords for Foreigners Traveling in Seoul 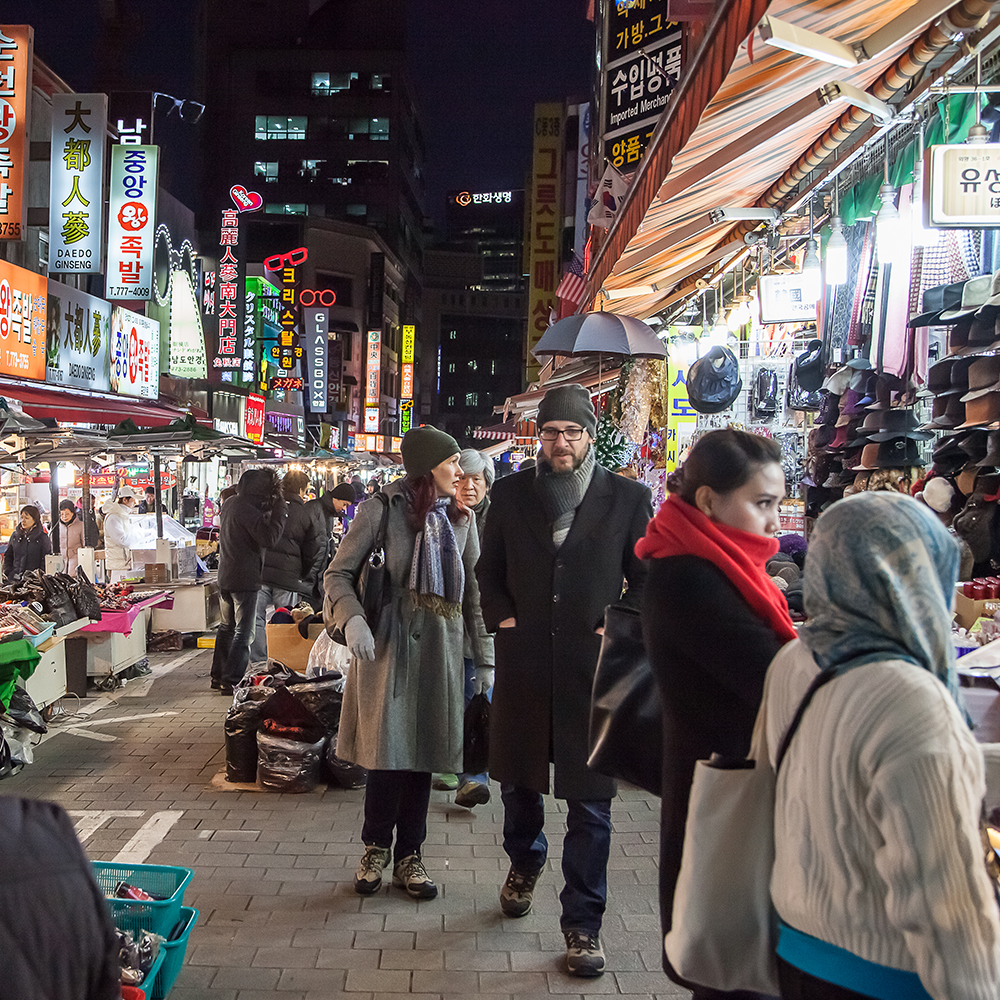 30 Apr Learn About keywords for Foreigners Traveling in Seoul

Posted at 11:21h in Uncategorized by Dayoong Kim

Learn About keywords for Foreigners Traveling in Seoul

Although the number of foreign tourists who visited Seoul last year decreased from the year prior, it appears that there were substantial improvements in terms of tourist satisfaction and brand image. A total of 10,510,000 foreign tourists visited Seoul in 2017, which is a definite drop from the 13,570,000 tourists that visited in 2016 – a year that broke the all-time record for the number of foreign tourists in Seoul. China’s ban on the importation of Korean cultural content and the appearance of Korean celebrities in Chinese media in response to South Korea’s deployment of THAAD had a huge impact on tourist numbers. However, qualitative indicators such as the average length of stay, tourist satisfaction, the rate of return visits, the intention to come for a return visit, and the intention of recommending Seoul to others were all on the rise shows remarkable progress in terms of brand value.

According to the “2017 Survey on Foreign Tourists by the Seoul Metropolitan Government”, the average length of stay for foreign tourists who visited Seoul last year was five days and the return-visit rate came in at 44.3% – an increase of 0.1 days and 2.6%, respectively. One statistic that is particularly eye-catching is the rise in the return-visit rate for Chinese tourists from 37.8% to 46.9%, which is close to a 10% increase in comparison to the previous year. The average length of stay also increased from 4.8 days to 5.4 days.

The travel patterns of foreign tourists are also changing in accordance with the increases in the length of stay and return-visit rate. According to the results of the survey, while foreign tourists mainly enjoy shopping and gastronomic tourism, there is a growing trend in tourists seeking out experiential tourism, which allows foreign travelers to get a firsthand experience of traditional culture, Hallyu, and daily life in Korea. In terms of shopping, the utilization rate of traditional markets showed a significant increase compared to the previous year (38.7% → 48.2%), surpassing the utilization rate for department stores (44.4%). 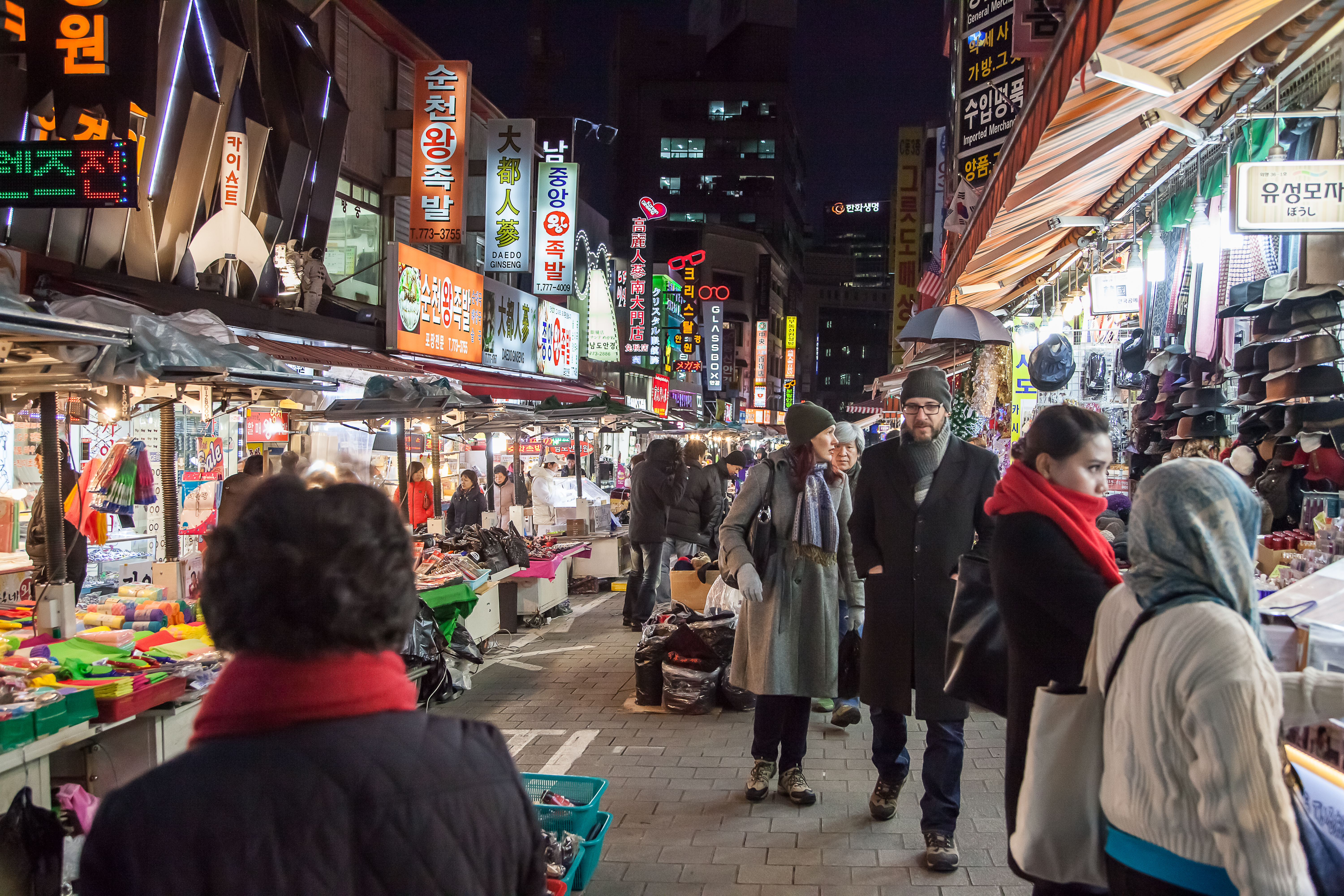 In terms of accommodations, the utilization rate for guest houses also showed to be on the rise (8.1% → 8.8%). In addition, 9 out of 10 independent tourists – those not on package tours – used public transportation, with more than half using the subway. The rate of returning to visit Seoul two or more times rose from 41.7% to 44.3%.

The tourism activity that foreign travelers like the most is shopping (79.0%), followed by epicurean tourism (59.1%) and visiting ancient palaces and historical sites (31.7%). The ratio of traditional culture experiences (24.7%→31.2%), Hallyu culture experiences (9.1%→13.2%), and visitations to ancient palaces and historical sites (37.3%→50.1%) showed an increase. Although the most visited location was Myeong-dong (85.2%), there was an increase in visitation rates to places such as Insa-dong/Samcheong-dong, Bukchon Hanok Village, and Namsangol Hanok Village, where traditional culture can be experienced.

In the eyes of foreign tourists, Seoul is a city where the past and present coexist in harmony. Participants of in-depth interviews and surveys described Seoul as “a place where cutting-edge technology and the antique beauty of traditions co-exist”; “a place that is trendy as it is the birthplace of Hallyu, but is also a place where tradition can be felt”; “a place where there are kind and passionate citizens”; and “a city with various charms.”

The Seoul Metropolitan Government plans to resolve the causes of inconveniences felt by foreign tourists on the basis of the survey results. The results of the survey are also being planned to be used as important reference materials for Seoul’s tourism policies. Using the survey as a foundation, the Seoul Metropolitan Government plans to do its best to quickly respond to changing trends in tourism and actively improve on factors that cause inconveniences for tourists, which will allow Seoul to achieve sustainable development in terms of tourism.