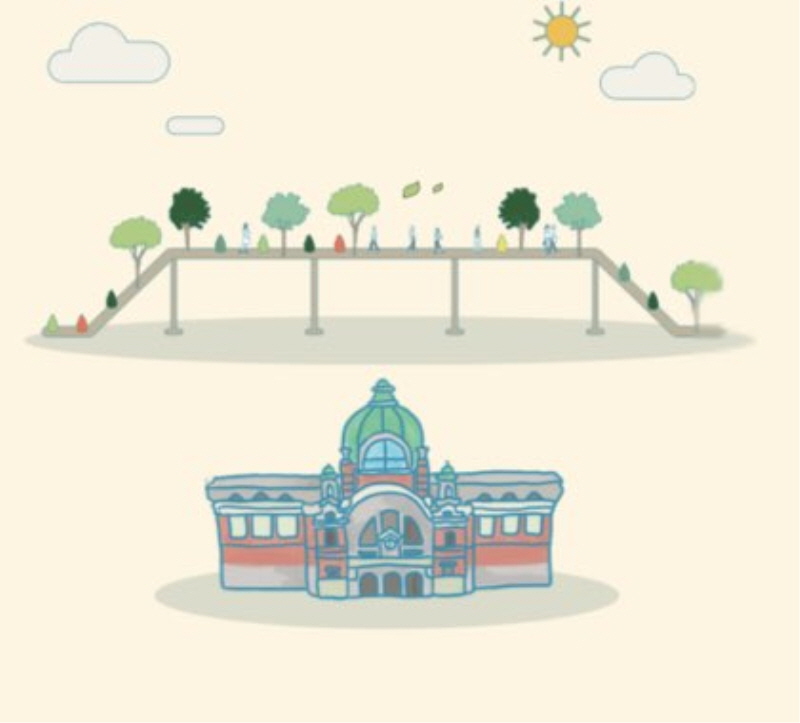 Posted at 14:05h in Uncategorized by Dayoong Kim

After opening this past May, Seoullo 7017 has managed to attract a great number of visitors over a short period of time, and has been reborn as a tourist attraction. Seoullo 7017 passes through the heart of Seoul, and is surrounded by amazing tourist spots, which are also worth taking a look at. The city of Seoul is currently operating three different walking tours for the Seoullo 7017 in which participants are accompanied by a Seoul Cultural Heritage Guide who can offer expert commentary and explanations. Don’t miss out on this opportunity to get a deeper, more exciting look at a side of Seoul that you never even knew existed. 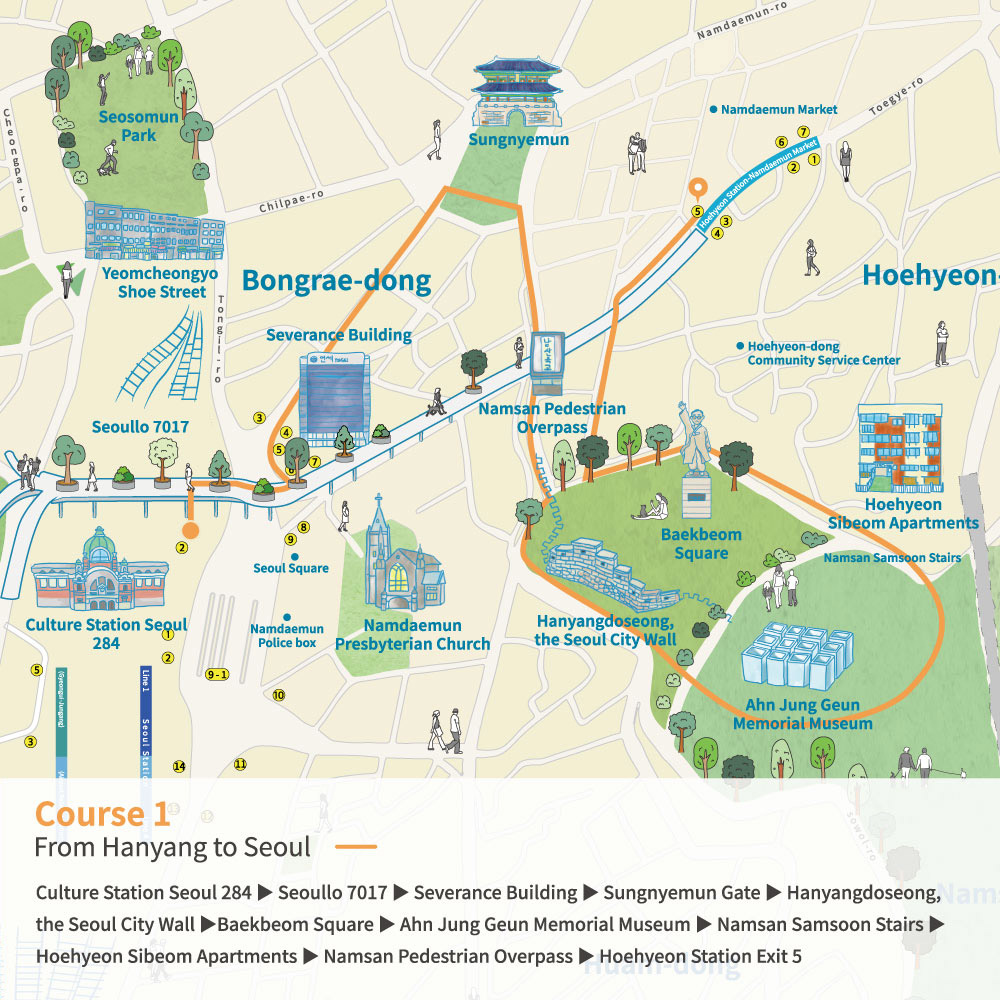 This course offers a look at how Seoul in its current form transformed and evolved from the city of Hanyang of the Joseon Dynasty era. You’ll get to see how Seoul fluctuated between progress and regression to become reborn into a city that is well—suited for pedestrians.  The main attractions of the tour include: Seoullo 7017, formerly an overpass in danger of being demolished which was turned into a pedestrian walkway filled with greenery; Culture Station Seoul 284, a place where the history of Korea’s railway coexists with modern culture; Sungnyemun Gate, which is one of the oldest remaining wooden structures in Seoul. 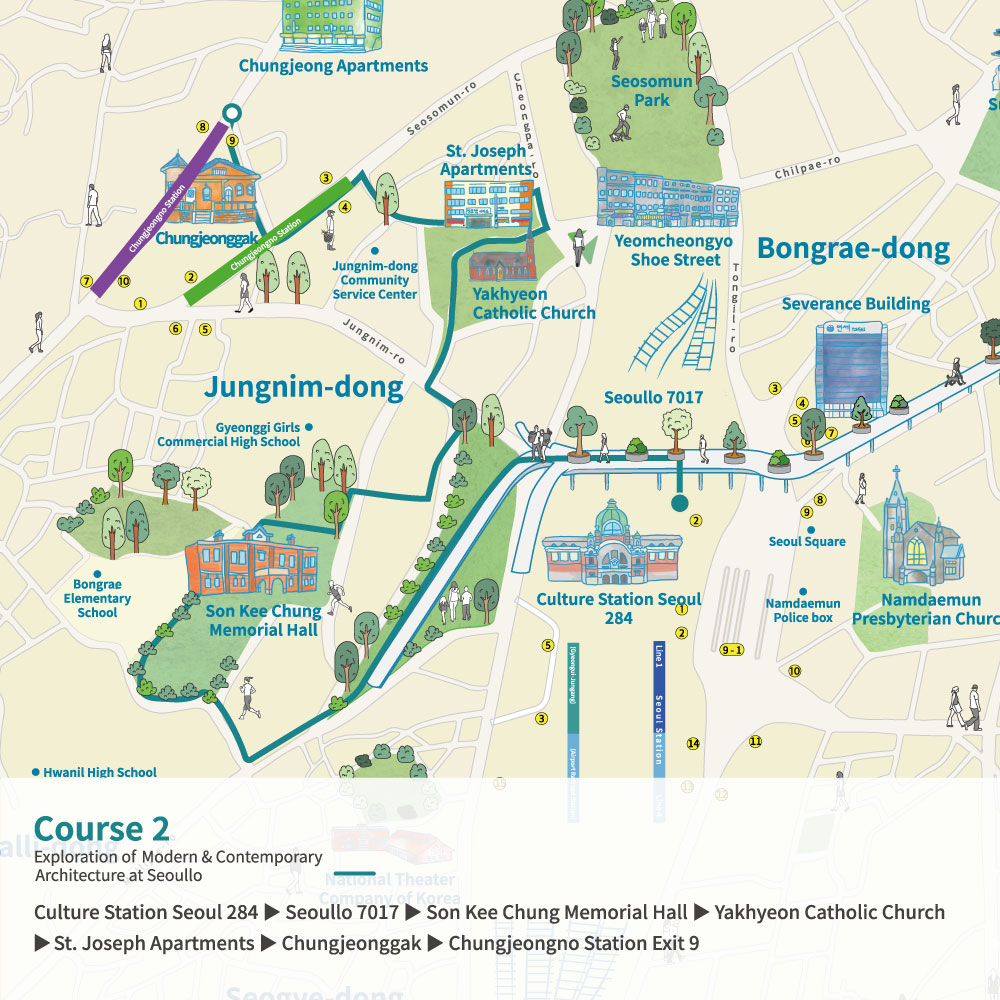 A course to uncover the traces left from the period of enlightenment hidden around various locations in Seoul. Beginning in the 1900s, as an influx of Western culture poured into the country, Seoul underwent many changes in terms of its architecture and culture. By examining the architectural structures that were built from Seoul Station to Chungjeongno following the time of enlightenment, you can experience the changes the city went through and discover the hidden stories within the transformations. The main attractions include Seoullo 7017, Son Kee Chung Memorial Hall, and Korea’s first western-style cathedral, Yakhyeon Catholic Church. 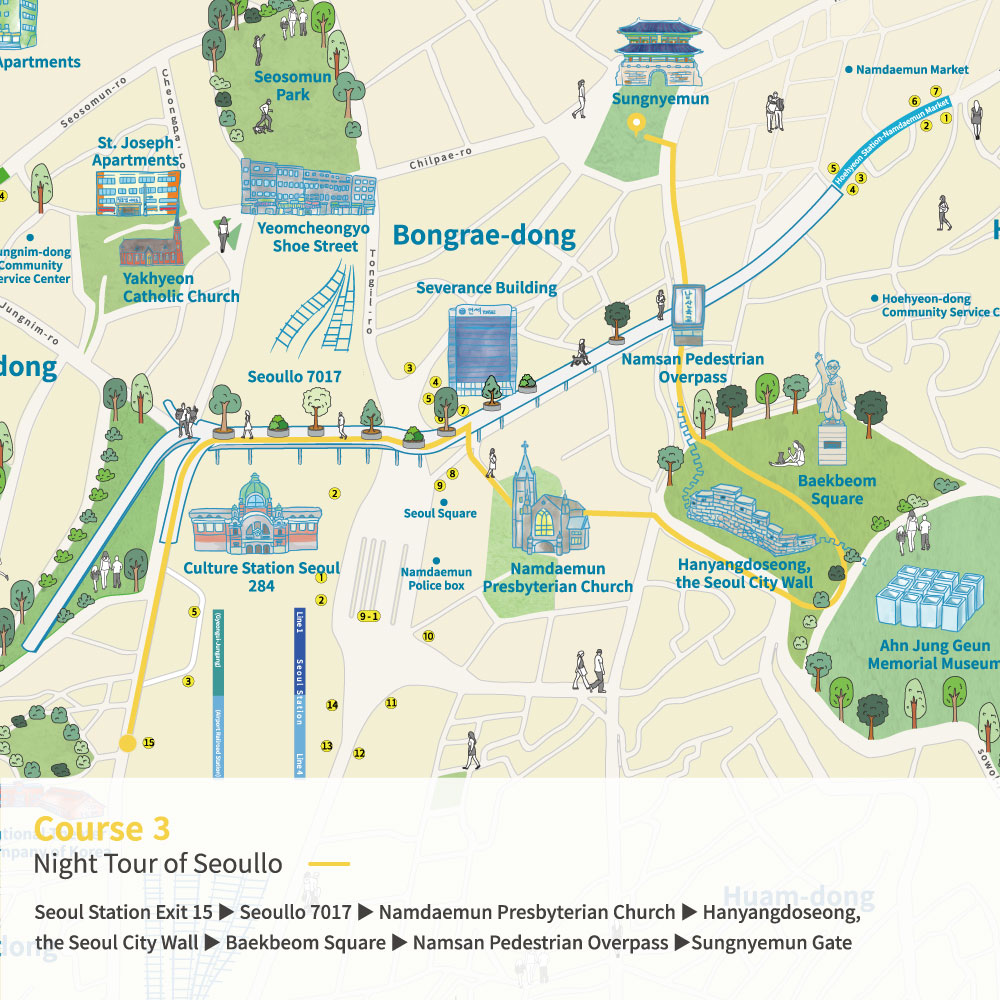 A walking tour through Seoullo 7017 with Seoul’s nighttime scenery in the background. Participants will hear about the history of Seoul Station – which has looked after the city of Seoul and its beautiful nightscape for 90 years – and walk along Hanyangdoseong, the Seoul City Wall, while taking in the glittering landscape of Seoul at night. Main attractions include: Seoullo 7017; Namdaemun Presbyterian Church, which was formerly known as Jejungwon Church and built adjacent to Jejungwon Hospital, the first contemporary medical facility in Korea; Hangyangdoseon, where visitors can soak up the tranquil atmosphere of the past; and Baekbeom Square, which holds traces of a great man that devoted himself to the reunification of his country.

Information on the Walking Tours

Along with Seoullo 7017, the city of Seoul operates a total of 28 walking courses through sites such as Gyeongbokgung Palace, Changdeokgung Palace, Bukchon, Cheonggyecheon Stream, Namsan Fortress, Mongchontoseong Fortress, Seonggyungwan, and more. With the exception of the entrance fees to the palaces, the walking tours are free of charge. Reservations can be made both online and through the mobile webpage (dobo.visitseoul.net).

The walking tours that are accompanied by Seoul Cultural Heritage Guides offer services in English, Japanese, and Chinese, and are currently being used for FAM tours and specialized MICE tours. A Seoullo 7017 tour joined by English speaking and Chinese speaking guides were experienced by MICE and economy media affiliated with the KOREA MICE EXPO 2017 on June 16-17 and by participants of a buyer FAM tour. The participants of the tours fell head over heels for Seoul as they were able to deepen their understanding of the city through expert interpretations and explanations.

Seoul City has constructed eight tourist facilities around Seoullo 7017, featuring the world’s first indoor/outdoor tourist information center for Seoullo.  Other amenities for citizens and tourists offering a place of rest within the heart of the city include the comprehensive tourist information center called the Seoullo Travelers’ Cafe (located at Toegye-ro Traffic Island), the Seoullo Shop that has more than 20 kinds of official souvenirs (located at the entrance of Toegye-ro), and a variety of restaurants and cafes that offer Korean style snacks.