Looking at MICE Seoul 2017 through the Facts

Home > Looking at MICE Seoul 2017 through the Facts 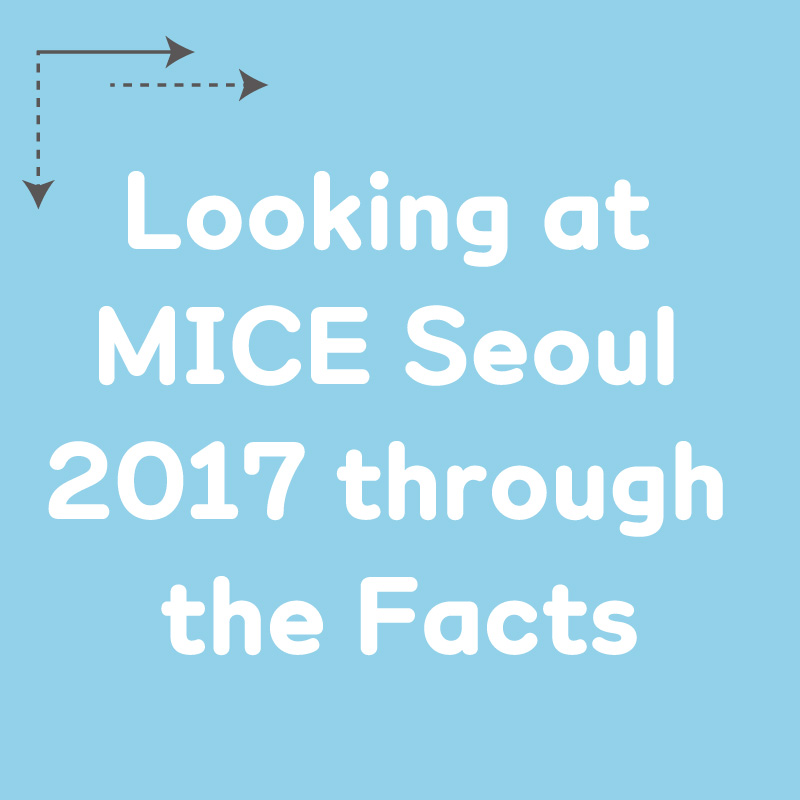 25 Dec Looking at MICE Seoul 2017 through the Facts

Posted at 22:39h in Uncategorized by Dayoong Kim

Looking at MICE Seoul 2017 through the Facts

Awards received for the 2nd, 3rd, and 6th consecutive years

Seoul, the world’s third-largest MICE city, has showed remarkable growth in 2017. It has launched the new MICE Seoul brand PLUS SEOUL, it has supported sustainable MICE events by introducing quantitative indicators, and actively participated in overseas exhibitions to achieve new results. Let’s check out some of the achievements in the MICE industry that were made by Seoul this year by looking at the facts and numbers.

The city of Seoul established a master plan back in 2013 to become a top three MICE city by the year 2018, and has since then been fostering related industries. As a result, Seoul came out as the world’s third largest MICE city compiled by the Union of International Associations (UIA) for two consecutive years – 2015 and 2016. The fact that the goal was achieved three years ahead of schedule shows Seoul’s huge potential as a MICE city.

Seoullo 7017 opens in the ‘fifth’ month of the year

Seoullo 7017, an overpass that has transformed into a public sky garden in the city, opened in May of this year. The name Seoullo 7017 signifies the connection from the Seoul Station overpass that was built in 1970 to its rebirth as an elevated pedestrian walkway in 2017. After being transformed into a pedestrian walkway in the sky, Seoullo 7017 has been receiving a great deal of love from the citizens of Seoul and tourists alike. In the daytime, the tens of thousands of flowers and plants brighten up the area, while at night, the hundreds of lights illuminate the pathways gracefully.

‘Sixth’ consecutive year of being awarded by Business Traveller

The city received the “Best International Business Meetings Destination” award from Business Traveler for the sixth consecutive year from 2012 to 2017. Business Traveller is a worldwide travel magazine that provides information for business travelers on the topics of airlines, hotels, cities, and lifestyle. It publishes monthly and bimonthly issues that are distributed in a total of 10 regions including the UK, US, Germany, and China; and publishes 185,000 copies a month in the US alone. The “Best Business Travel Awards” handed out by Business Traveller every year started in 1988, and has been awarding the best convention cities, airlines, hotels, airports, and transportation services in 60 different categories every year. It is considered to be the ultimate authority within the MICE/tourism world. By being awarded for the sixth consecutive year, Seoul has beaten the likes of Dallas, Honolulu, and Las Vegas – cities that were previously honored with the title – for the award.

The Seoul MICE Card is a program that supports events in Seoul that have 1,500 or more foreign participants or events that last six days or more. Each MICE card is worth 8,000 won, and foreign participants are eligible to receive one card each. The number of cards that are issued signifies the number of large-scale, long-term events that have been held in Seoul in a year. A total of 8,460 MICE Cards were issued this year to a total of seven events including the UIA Seoul World Architects Congress – which had 3,000 foreign participants (total number of participants: 30,000) – and JEC Asia, which changed its destination for the first time this year as it was held in Seoul after being held in Singapore for the past nine years.

In 2017, the MICE Seoul Association participated in a total of eight MICE exhibitions that were held all round the world, and spread the word far and wide about Seoul as a convention destination. By actively participating in exhibitions in various regions around the world such as Australia (AIME), China (CIBTM), Europe (IMEX), Thailand (IT&CMA), the US (IMEX America), and Spain (ibtm world), the association conducted 310 consultations, discovered 53 new events, and attracted 45,503 visitors.

‘Ninth’ anniversary of the establishment of the Seoul Convention Bureau

The Seoul Convention Bureau was established in 2008 as a division of the Seoul Tourism Organization and is responsible for Seoul’s MICE industry. Currently in its 9th year of existence, the Seoul Convention Bureau reports on the status of Seoul as a convention city and takes an all-encompassing approach to supporting the revitalization of the MICE industry. 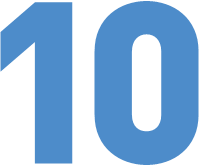 Selected as the No. 10 international meeting city by ICCA

In a list presented by the International Congress and Convention Association (ICCA) this year for the top international meeting cities of 2016, Seoul was listed at the No. 10 spot. As an international organization that provides networking opportunities for professionals in the convention industry and educates others about the trends within the industry, the ICCA releases a report every year ranking the top meeting cities and countries based on the number of meetings that have been held in those cities/countries. Seoul’s No. 10 ranking is quite an accomplishment as more than 50 individuals are involved in tallying the meetings for ICCA, with the individuals going around three or more countries to count only the international meetings that are held regularly.