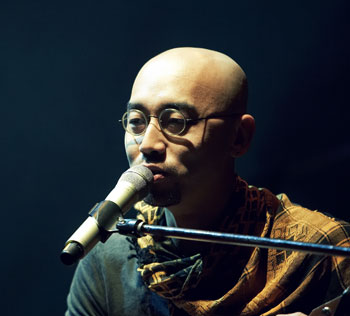 Posted at 08:40h in Uncategorized by Dayoong Kim

An Exciting Concert Will Make You Forget About Your Stress!

The Goodnight Concert “YAHO” is a traditional Korean music concert for the young that will invigorate you by getting you out of your daily routine. Its different parts will allow you to easily enjoy a variety of genres of music such as popular, world and traditional music.

Your MC will be Harim, a witty musician with a wide knowledge of world music. Now, be free from your tiring routine for a while, and start your exciting journey with the different musicians!

-“Have you listened to this music?”
A Full Moon on Namsan – At the beginning, chamber music lets you feel the atmosphere of the night.

-“You don’t need to spend lots of money to travel. This is your paradise!”
Night Train – A world music stage joined by musicians from EVERY country!

-“Who was on stage?? Really?”
Good Friend for a Good Night – One of the greatest pop music stars performs and talks.

-“If you listen to the last song, you’ll want to come again!”
Korean Music for a Good Night – Purify your body and soul with the fantastic harmony made by the National Orchestra of Korea!

Harim made his debut with his band Ven in 1996. Later on, he released his first solo album Multiple Personality in 2001 and his second one Whistle In a Maze in 2004, thus becoming famous. He has drawn great attention with his songs “Going Abroad,” “Incurable Disease” and “I Forget This Love with Another Love.”

Harim, who has travelled around the world for many years, has also presented world music performances. In particular, he served as the music director of Cheonbyeon Salon and The Gypsy’s Table. He is now a member of Sinchirim, a folk rock band joined by Jong-sin Yun and Jeong-chi Jo. 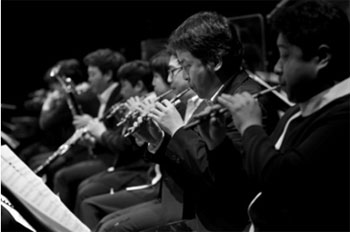 The National Orchestra of Korea was founded in 1995 as a resident company of the National Theater of Korea. The Orchestra plays only traditional Korean instruments.

Since its founding, the Orchestra has recreated and played traditional Korean music, transforming it into contemporary one. Under these circumstances, the Orchestra is proud of being an “orchestra expressing Korean identity and the sound of the Korean spirit.”

The Orchestra has planned and developed differentiated concerts in an attempt to communicate with a variety of audiences, and in this process, the Orchestra has established its own repertoire and sound. Building on the achievements that have been made by the Orchestra’s former artistic directors Beom-hun Park, Sang-il Han, Sang-hwa Choi and Byungki Whang, its fifth artistic director Il Won is strengthening its traditional Korean orchestral sound, and is encouraging the players to make dynamic changes, so that the Orchestra can grow into one of the best in Korea.