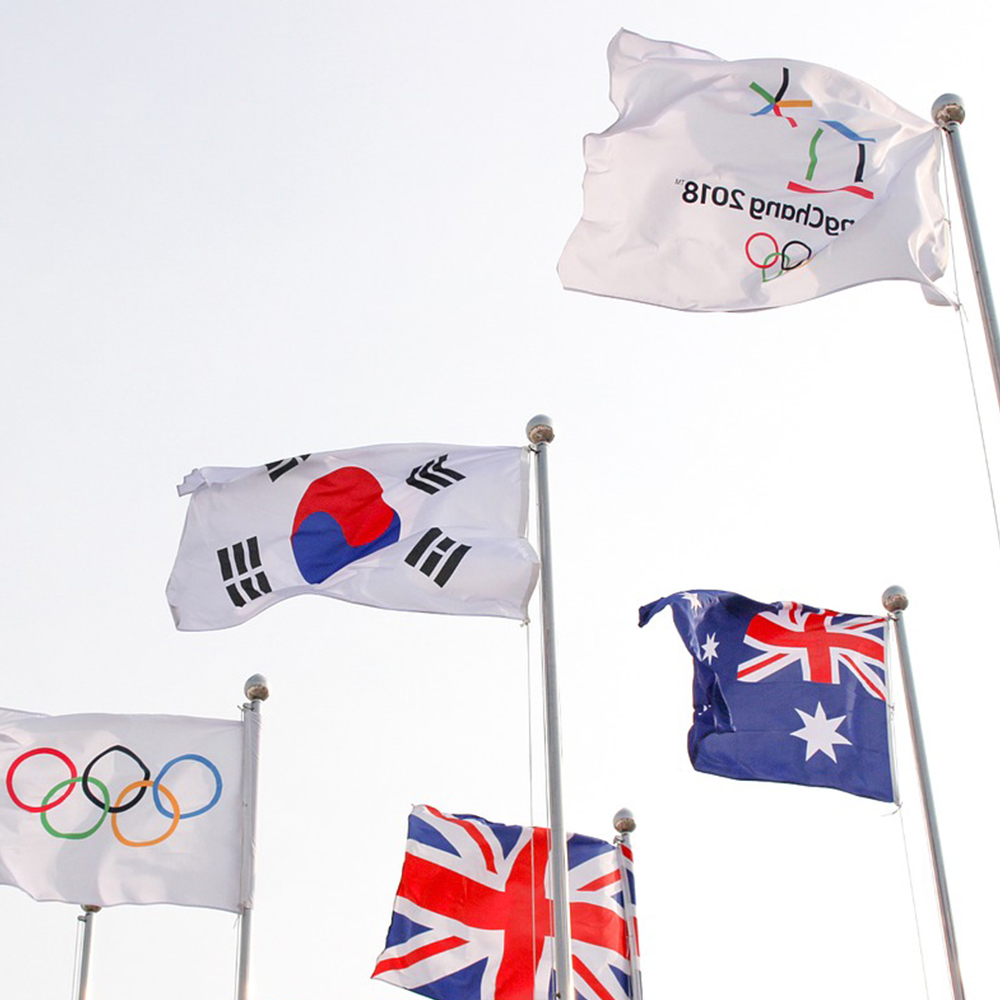 Posted at 16:13h in Uncategorized by Dayoong Kim

The Pyeongchang 2018 Olympic Winter Games, which opened on February 9, ended successfully with the closing ceremony of the Pyeongchang 2018 Paralympic Winter Games on March 18. Despite the plethora of issues that plagued the event before it started – from safety issues surrounding the North Korean nuclear threat, concerns about the frigid temperatures, a lack of domestic and international interest, and sluggish ticket sales – the 2018 Winter Olympics has been praised for overcoming these issues and became acknowledged as the Olympics of peace, culture, and technology. Another noteworthy achievement is how the Pyeongchang Winter Olympics is expected to go beyond achieving a balanced budget by wrapping up the event with a surplus instead of a budget deficit. A remarkable achievement compared to other past mega events similar to the Olympic Games that have resulted in financial difficulties for hosting cities. This was achieved through the “Low Cost High Impact” budget expenditure of the opening and closing ceremony as well as efficient budget management.

Although there are a number of issues surrounding the outcome of the Pyeongchang Winter Olympics, what are the achievements and opportunities in terms of destination marketing?

First, the greatest win resulted from the expansion of the transportation infrastructure, which greatly magnified the connectivity between the capital area and Gangwon Province. The multi-trillion won expansion of the transportation infrastructure – which included the construction of the GyeongGang KTX Line and the Seoul-Yangyang Expressway – would never have been able to expand so quickly if Gangwon Province had not hosted the Olympic Games. The KTX line and the Seoul-Yangyang Expressway greatly reduced the travel time between Seoul and the eastern coast, which is expected to not only attract more tourists, but also attract investment and bring an influx of population from the capital area.

Second, Pyeongchang was able to establish a global city brand image as it was exposed in the transmission of the Olympic events through worldwide media and broadcasts. In particular, the marching of the North and South Korean delegations as a unified Korea made headlines and attracted the attention of the media worldwide, including the peaceful talks between the two Koreas and the United States laid the foundation to symbolize the city of PyeongChang with “peace”. In addition, Pyeongchang will be able to brand itself as a destination for Olympic Games, Winter Sports, and Mega Sports events at the same time.

Third, it is anticipated that there will be a significant increase in the opportunities for attracting international events and tourists. As Gangwon-do Province underwent preparations to host the Olympics, the province improved its cultural tourism infrastructure, including transportation and accommodations. Such improvements resulted in huge developments in Gangwon-do Province’s ability to accommodate international events and tourists. If steps are taken to actively utilize its image of being a safe world event city that successfully hosted the Olympics, an event city for mega sports, and a city that spearheads peaceful diplomacy, it is expected that there will be a large increase in opportunities to attract international events for peace, diplomacy, and sports. Furthermore, if the PyeongChang Winter Olympics story can be properly developed and utilized, there could also be a considerable increase in the numbers of general tourists.

Lastly, it is foreseeable that the PyeongChang Winter Olympics will serve as a momentum for Gangwon-do Province and Pyeongchang to take the next step into becoming global regions, as well as the momentum for improving the quality of life for local residents. The aforementioned expansion of the transportation infrastructure increases the connectivity between Gangwon-do Province and other cities, as well as to the rest of the world. The improvement of the cultural tourism infrastructure, the establishment of a global city brand, and the increase in the opportunities to attract international events and tourists lead to the growth of the region into becoming a global area and the invigoration of the local economy. This will ultimately contribute to the improvement of the quality of life for local residents.

These results and opportunities that have been created by the PyeongChang Winter Olympics are the ultimate goals of city marketing. If a city can attract international events and participants, tourists, businesses, and non-native residents through the expansion of city infrastructure and the establishment of a brand, and thereby invigorate the local economy, this will lead to an increase in investments into the region and environmental improvements. Such improvements ultimately result in the betterment of the local residents’ lives. These are the opportunities that Gangwon-do Province and PyeongChang can expect to come across through the successful hosting of the PyeongChang Winter Olympics. Of course, all this is based on the premise that the tangible and intangible legacies that have been left by the Olympics are used effectively.

Fortunately, the next two Olympic Games are taking place nearby – the 2020 Summer Olympics in Tokyo, Japan and the 2022 Winter Olympics in Beijing, China. Although it hasn’t been long since the PyeongChang Winter Olympics came to an end, a more strategic and active approach needs to be taken in the process of bidding for mega sporting events – even if it isn’t the Olympic Games – while taking into consideration the results and the tangible and intangible legacies left by PyeongChang 2018.