Overseas Influencers, Spreading the World About the Appeal of Seoul, Gyeonggi-do, and Gangwon-do

Home > Overseas Influencers, Spreading the World About the Appeal of Seoul, Gyeonggi-do, and Gangwon-do 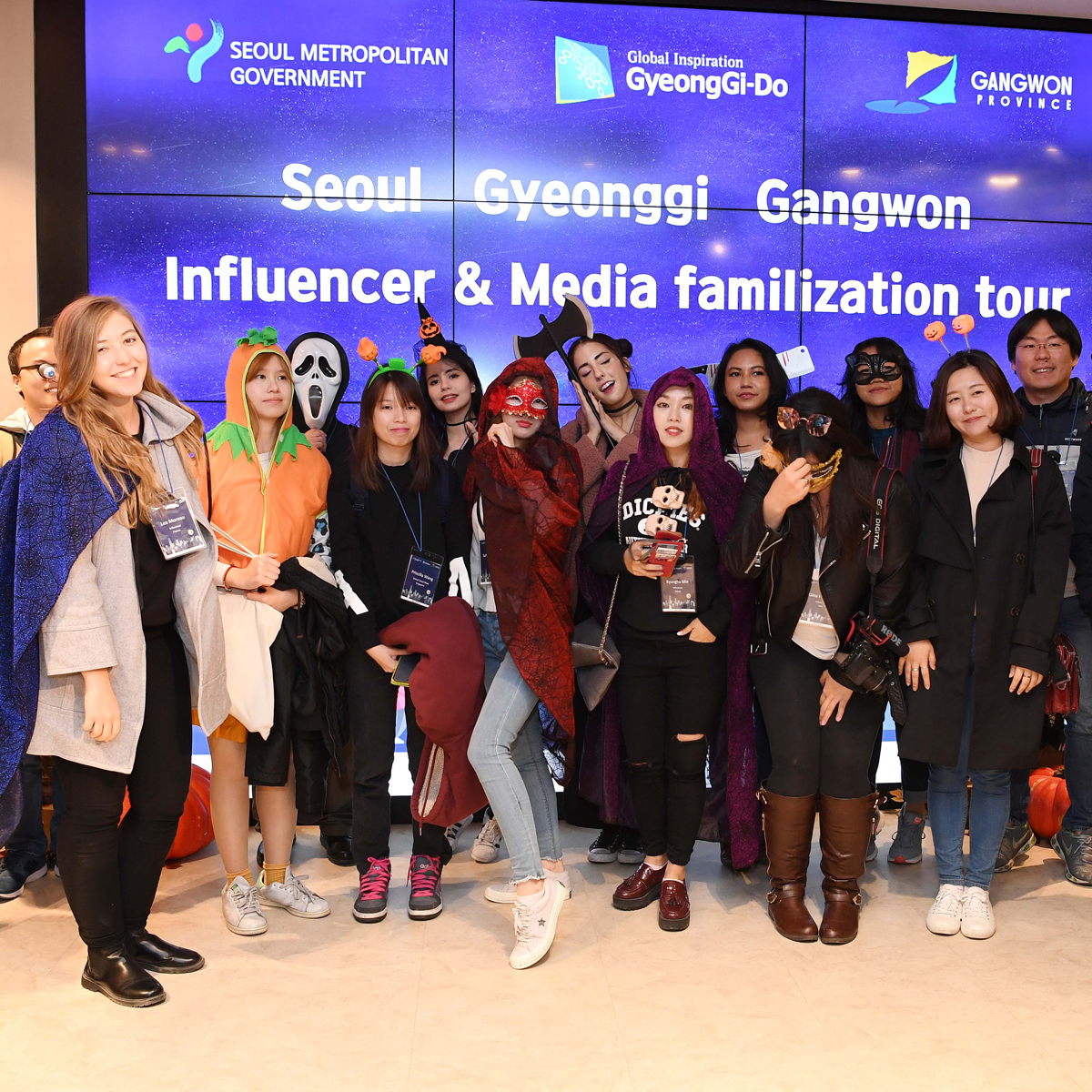 29 Oct Overseas Influencers, Spreading the World About the Appeal of Seoul, Gyeonggi-do, and Gangwon-do

Posted at 22:46h in Uncategorized by Dayoong Kim

Overseas Influencers, Spreading the World About the Appeal of Seoul, Gyeonggi-do, and Gangwon-do

Expected to have a positive effect on promoting tourism

and the PyeongChang 2018 Winter Olympics

With the PyeongChang 2018 Winter Olympics on the horizon, a ‘Three City/Province FAM Tour with Overseas Influencers’ will be held from October 29 to November 1. This FAM Tour, which has invited opinion leaders with a great deal of influence both in their home country and abroad, is an event that has been planned by the three cities/provinces of Seoul, Gyeonggi-do, and Gangwon-do as part of a joint tourism marketing effort ahead of the PyeongChang 2018 Olympic and  Paralympic Winter Games. The intention behind the organization of the event is to promote the tourism of the three cities/provinces and to promote word of mouth marketing for the PyeongChang Winter Olympics. 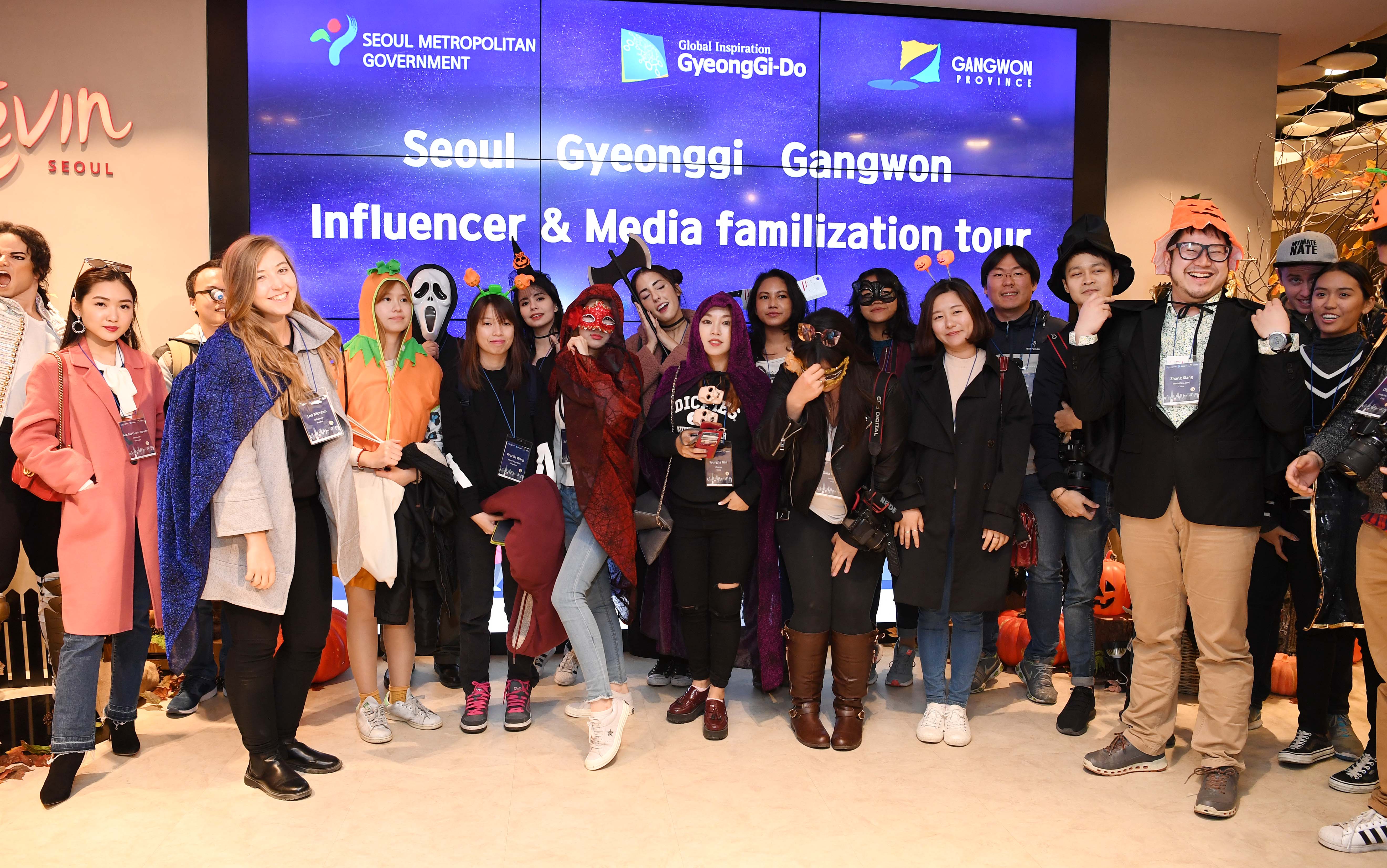 For a total of three nights and four days, the participants will travel around Seoul, Gyeonggi-do, and Gangwon-do, after which they will create unique contents  to be used in spreading the awareness of Korea’s tourism’s appeal. Above all, the event has been getting attention for creating an opportunity for domestic and foreign top influencers and overseas media outlets to meet with Hallyu stars.

On October 29, the first day of the FAM tour, a welcoming party will take place at the Grevin Seoul Museum, just in time for the upcoming Halloween holiday. At the Halloween themed welcoming party, prizes will be given out through activities such as a treasure hunt and a quiz game. It will also encourage creating and spreading of content for social media platforms. Furthermore, with 100 days to go before the opening of the PyeongChang 2018 Winter Olympics, the participants will be attending the ‘PyeongChang Cultural Olympics G-100 Torch Relay Celebration K-POP Concert’ on November 1. With the concert performance lineup including major Hallyu stars such as BTS, EXO, BTOB, and TWICE, it is expected that participants will be creating and spreading viral contents of the event.

The FAM tour schedule is a tour customized by FIT.  While in Seoul, the participants will be trying on hanboks at the Gyeongbokgung Palace, experiencing the nightscape of Seoullo 7017, and will be sipping medicinal herbal teas and taking part in a Korean medicinal experience at Solgaheon, a medicinal healing cafe. In Gyeonggi-do, participants will get to tour around Petit France – one of the filming locations from the Korean TV drama My Love from the Star –  make pottery by hand, experience the Gwangmyeong Cave and see the cave’s laser show, and will get to try their hand at archery at the Hwaseong Fortress in Suwon. In Gangwon-do, the FAM tour participants will get to experience the Olympic ski jump slopes, a temple stay, and riding bicycles around Nami Island. Through this FAM tour, the three cities/provinces are expecting to be able to spread Korean tourism related contents to the world and to widely promote the upcoming PyeongChang 2018 Winter Olympics.