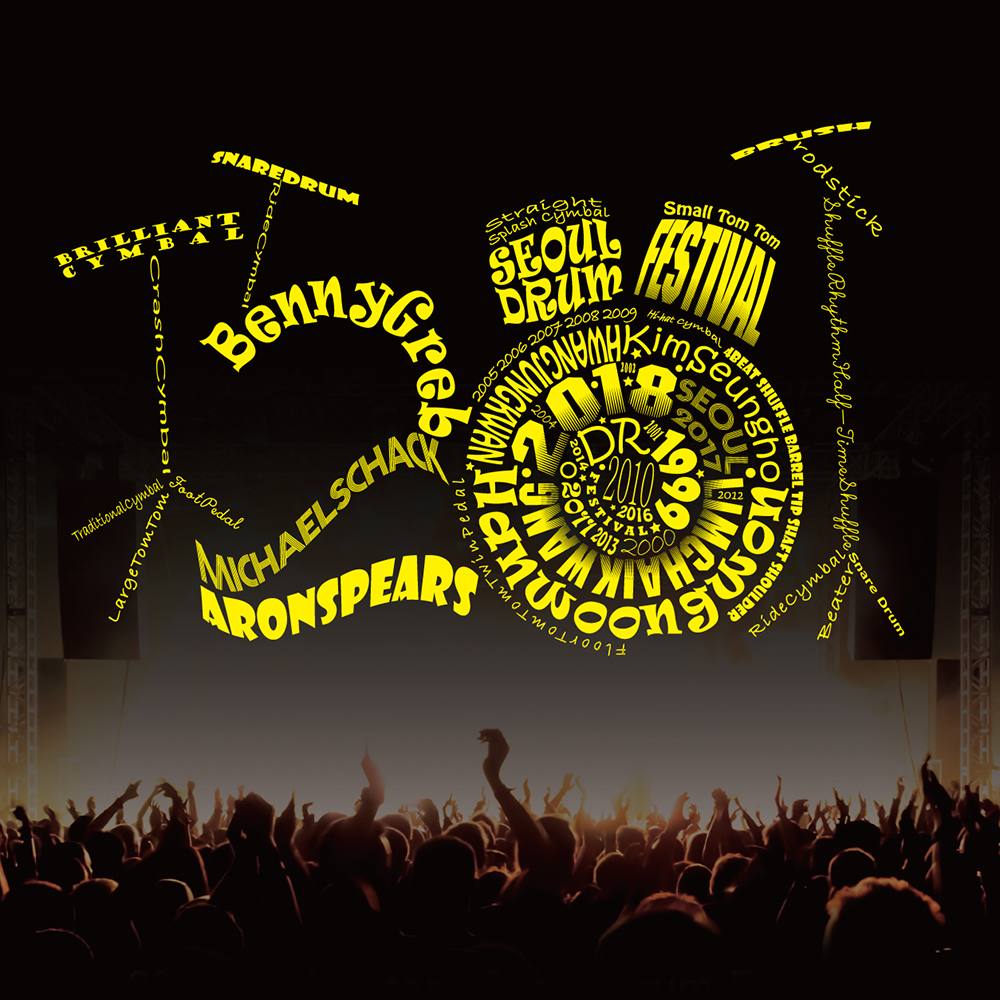 Posted at 11:06h in Uncategorized by Dayoong Kim

The Seoul Drum Festival 2018, one of the leading events of Seoul Metropolitan Government, celebrates its 20th anniversary this year. The festival will be held on May 25th and 26th, 2018 at Seoul Plaza under the slogan ‘When heart beats, it is the real festival! Passion into one! Go Seoul. Drum. Festival’.

The 20th Seoul Drum Festival has announced a spectacular lineup, which includes 3 overseas artists, 4 domestic artist groups and a special DJ, and overseas artists will play on both 25th and 26th. Benny Greb, an incredible world drum star, who has earned more than one million views on Youtube, Michael Schack, a living legend of electronic drum, who has received ‘E-drummer of the year’ for a third time and Aaron Spears, the best modern drummer, who is loved by fans around the world will head to Seoul to appear on the stage. Great talented drummer Han Woong Won, who has been recognized by jazz musicians, IDIOTAPE’ trendy drummer DR, and energetic PSY’ drummer Lim Chai Kwang will brighten up the first day stage. On May 26th, the country’ top K-POP session drummer Kim Seung Ho and the best Korean technician drummer Hwang Jung Kwan will appear, and special guest DJ Kindergarten’ spectacular performance will end with a grand finale.

What’s more, the 2nd Citizen Drum Competition ‘The Drummer’ is open for online registration from March 26th to April 27th to interested applicants. The 25 chosen contestants will play at Oil Tank Culture Park for on the spot final round on May 19th. 15 winners in every category will have honorable chance to play at main stage on May 25th.

Furthermore, attendees will have an opportunity to enjoy master class of the world drum star ‘Benny Greb’, exhibition and experience programs from special drum brands, and collateral performances. The best drummers and citizens’ fever will heat up with excitement for two days.

The Seoul Drum Festival is open to all, and there is no entrance fee. For more information go to www.seouldrum.go.kr or call +82–542-5977. 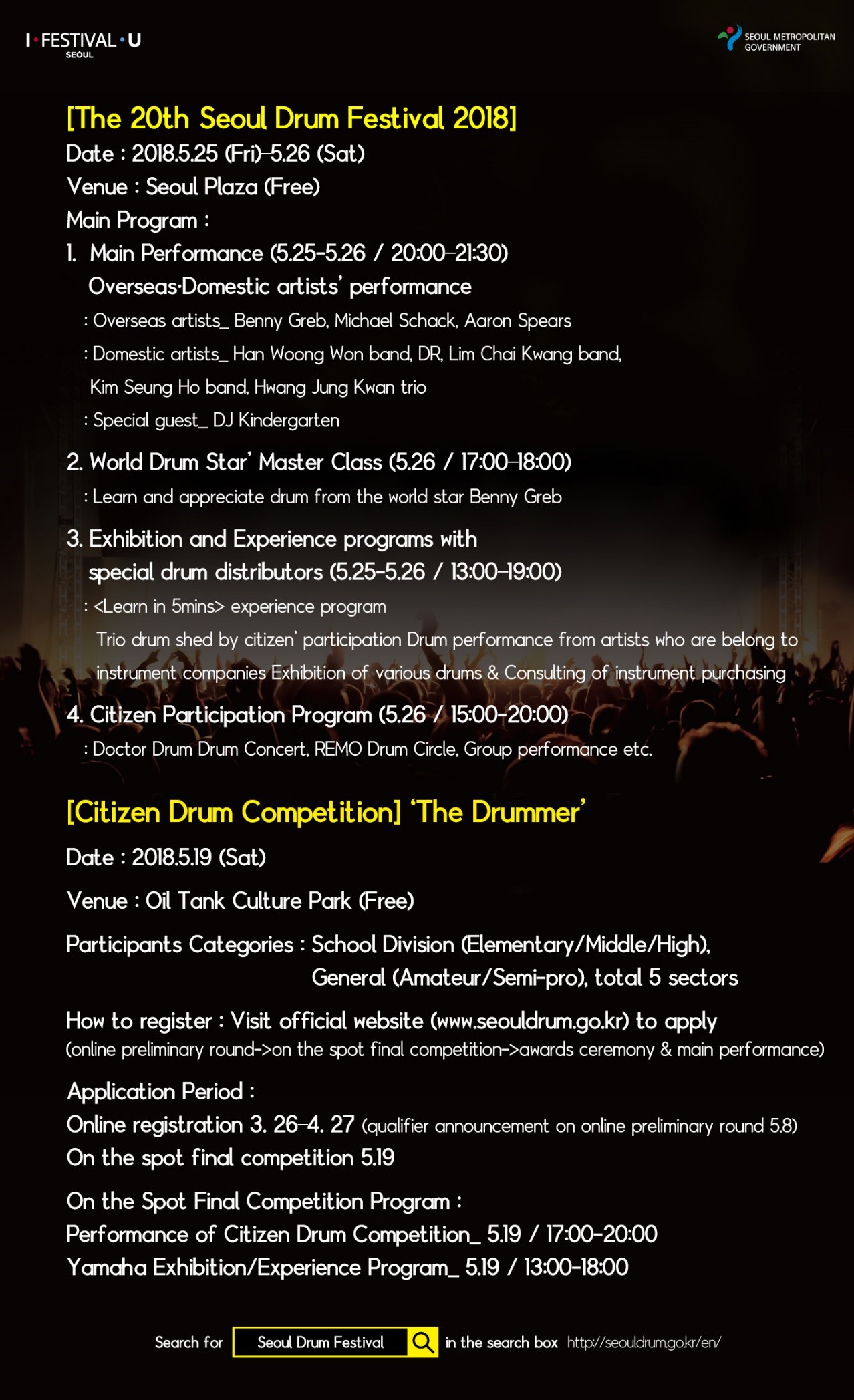