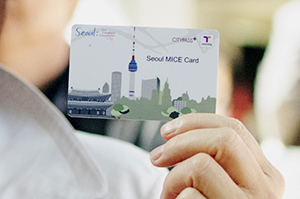 Posted at 05:35h in Uncategorized by Dayoong Kim

Seoul is assisting international visitors attending major events in the city with their complimentary Seoul MICE Card, a rechargeable smart card designed for use on all major forms of public transport and select stores. A total of 11,020 cards will have been distributed between May and November 2015 for events running over several days, ensuring that participants are able to get around Seoul in comfort and convenience during their stay. 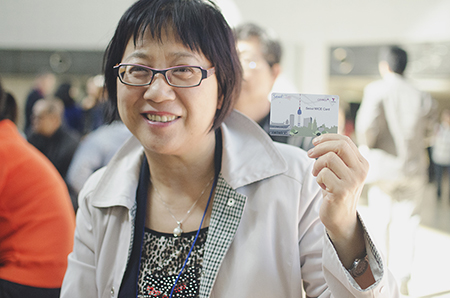 Similar to the T-money cards commonly used throughout Seoul and nearby regions, the Seoul MICE Card is a stored-value radio-frequency identification (RFID) card that can be used to pay for transportation by bus, subway, rail, and taxi. It can also be used to purchase items at many major cafes, bakeries, convenience stores, and cosmetics stores. The cards can be recharged at any time at subway stations and stores where the T-money logo is displayed, and the entire process is completely paperless.

In addition to these benefits, the Seoul MICE Card comes pre-loaded with ₩5,000 (USD $4.30) of credit so that visitors can hit the road right away.

First launched at three major international congresses in 2014, the Seoul MICE Card is the latest example of the city’s efforts to make Seoul more accessible than ever for visiting event delegates. The cards also form part of the city’s ongoing policy to develop green, paperless technology and encourage the use of Seoul’s highly-developed public transportation network. 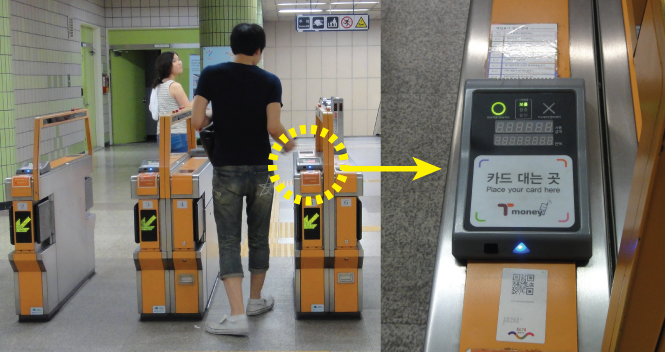 This year alone, the Seoul MICE Card was given to every single international attendee of 20 international congresses held in Seoul.  Some of the major events that applied for the Seoul MICE Card include August’s 2015 Seoul WFSICCM (World Federation of Societies of Intensive and Critical Care Medicine); this month’s 23rd World Allergy Congress; and November’s upcoming XXV PIARC World Road Congress.

“Seoul is always looking for ways to keep our international business visitors on the move,” said one Seoul City official. “The Seoul MICE Card helps travelers get around in one of the most cutting-edge transportation systems in the world. There has been a lot of interest in how it all works, so the Seoul Metropolitan Government now offers special tours of the network as well.“ 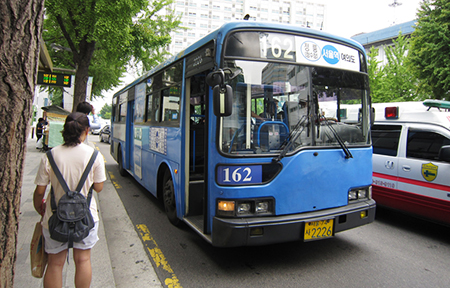