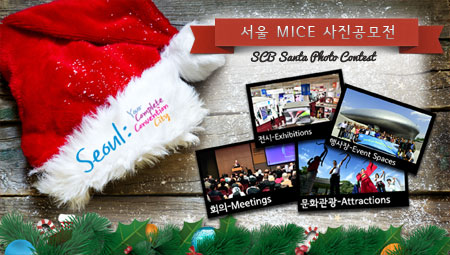 Posted at 05:00h in Uncategorized by Dayoong Kim 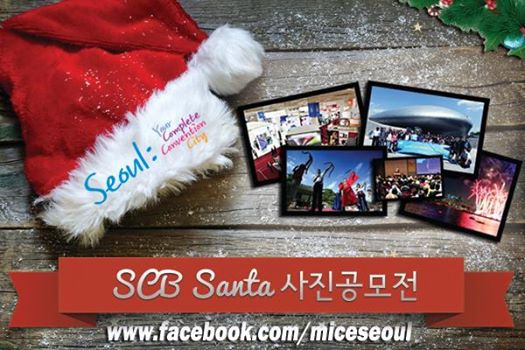 Conducted on the SCB’s official Facebook page, the SCB Santa Photo Contest invited participants to share their images of Seoul’s meetings infrastructure and attractions for the chance to win a prize. Held from November 26 – December 21, the Bureau’s social media campaign directly engaged with an audience of over 1,000 industry professionals, Seoul citizens, and the general public, as well as over 16,000 of its Facebook followers, with the goal of promoting the local meetings industry and the Seoul Convention Bureau.

Several on-site events were utilized for this aim throughout the promotion’s run. The first of these, the Seoul MICE Alliance Annual Meeting, took place on November 27 – a day after the campaign’s launch – and brought SCB Santa to the attention of 350 government and industry professionals from among the city’s top business events providers. Attendees were able to discover how their businesses are actively promoted by Seoul – including regular postings on the SCB’s official Facebook page (currently 16,795 Likes), see how the platform is used to market Seoul in English overseas, and, through SCB Santa, engage directly with the site.

This was followed on December 3-4 with a strong presence at the Seoul Metropolitan Government-hosted Seoul MICE Week event, attended by 400 industry leaders and students at Seoul City Hall, featuring presentations and discussions about business events with noted local and international industry speakers. The event provided the SCB with a golden opportunity to introduce its services to the public as the officially-endorsed government facilitator of business events in Seoul. Visitors in turn had fun creating and sharing their best pictures of Seoul through the contest while discovering the SCB’s role in the industry. To aid this activity, the Bureau set up a promotional stand in the lobby with a large photographic background and prop speech bubbles expressing enthusiasm for “Seoul MICE”. 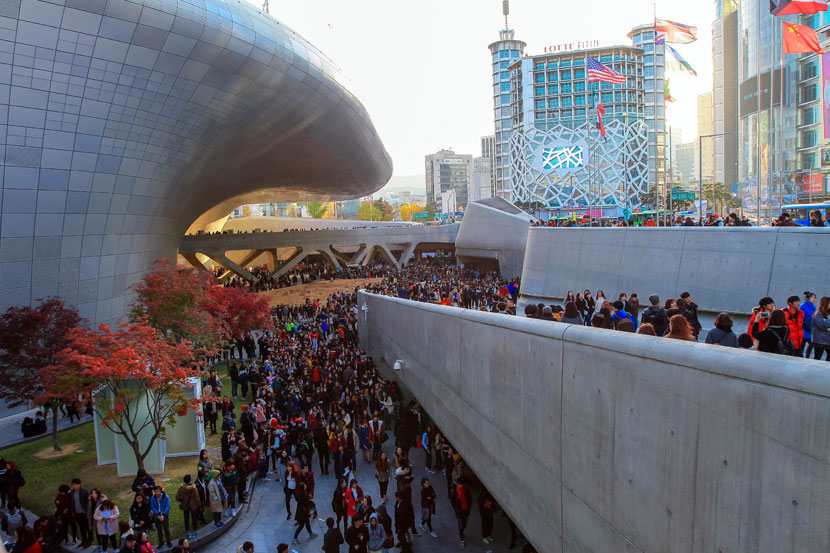 Similar promotional activities were conducted at the 2014 Seoul MICE Job Fair on December 18-19, during which approximately 700 prospective jobseekers were introduced to the growing potential of a career in Seoul’s meetings industry, also hosted by Seoul City. Through the promotion, participants were able to discover the resources of the Seoul Convention Bureau as potential future leaders of the industry, and the ways in which the SCB supports business events in Seoul. A similar stand to that used at Seoul MICE Week was erected, although this time featuring a “Trickeye” background image to inspire contest photos.

The photo of Grand Prize Winner Bhing Diamzon depicted crowds attending an event at the Dongdaemun Design Plaza, a unique event venue opened just last year. When asked about her experience in Seoul, she noted that she and fellow visitors found much to be impressed about in Seoul, including “the buildings, infrastructure, and old preserved palaces”, adding that Seoul was an attractive city for investment. 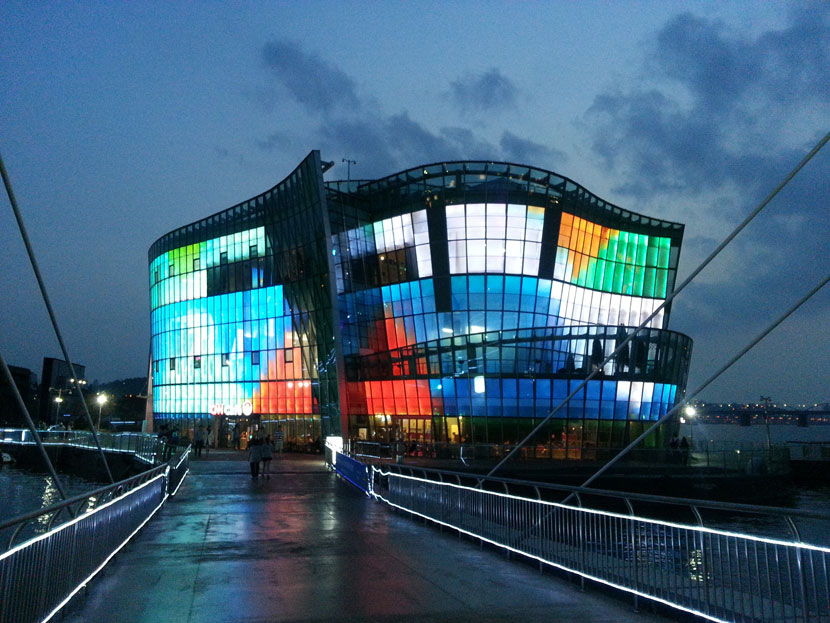 “I have associates who visit Seoul on business, and they love it” said one of the second place winners, Stanley Lobdell, whose entry depicts an event in progress at riverside unique venue Some Sevit. “Seoul has great venues for conventions, conferences, and meetings, as well as an amazing variety of entertainment options,” he said.

The Seoul Convention Bureau maintains a regularly updated Facebook and Twitter page, providing the latest news and information on Seoul and its meetings industry. It has been the venue for other social media campaigns, such as What Is Gangnam Style in 2012.