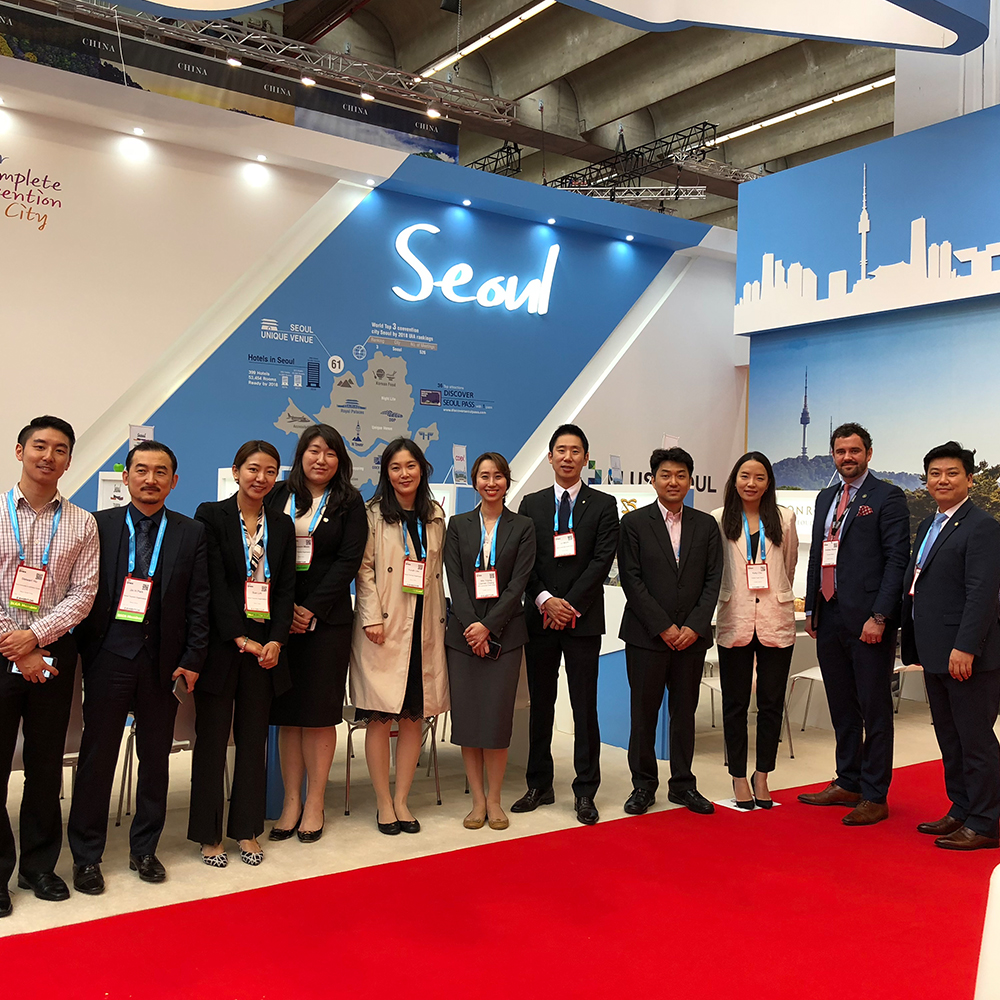 Posted at 20:23h in Uncategorized by Dayoong Kim

Expectations of attracting MICE events from Europe and the Americas 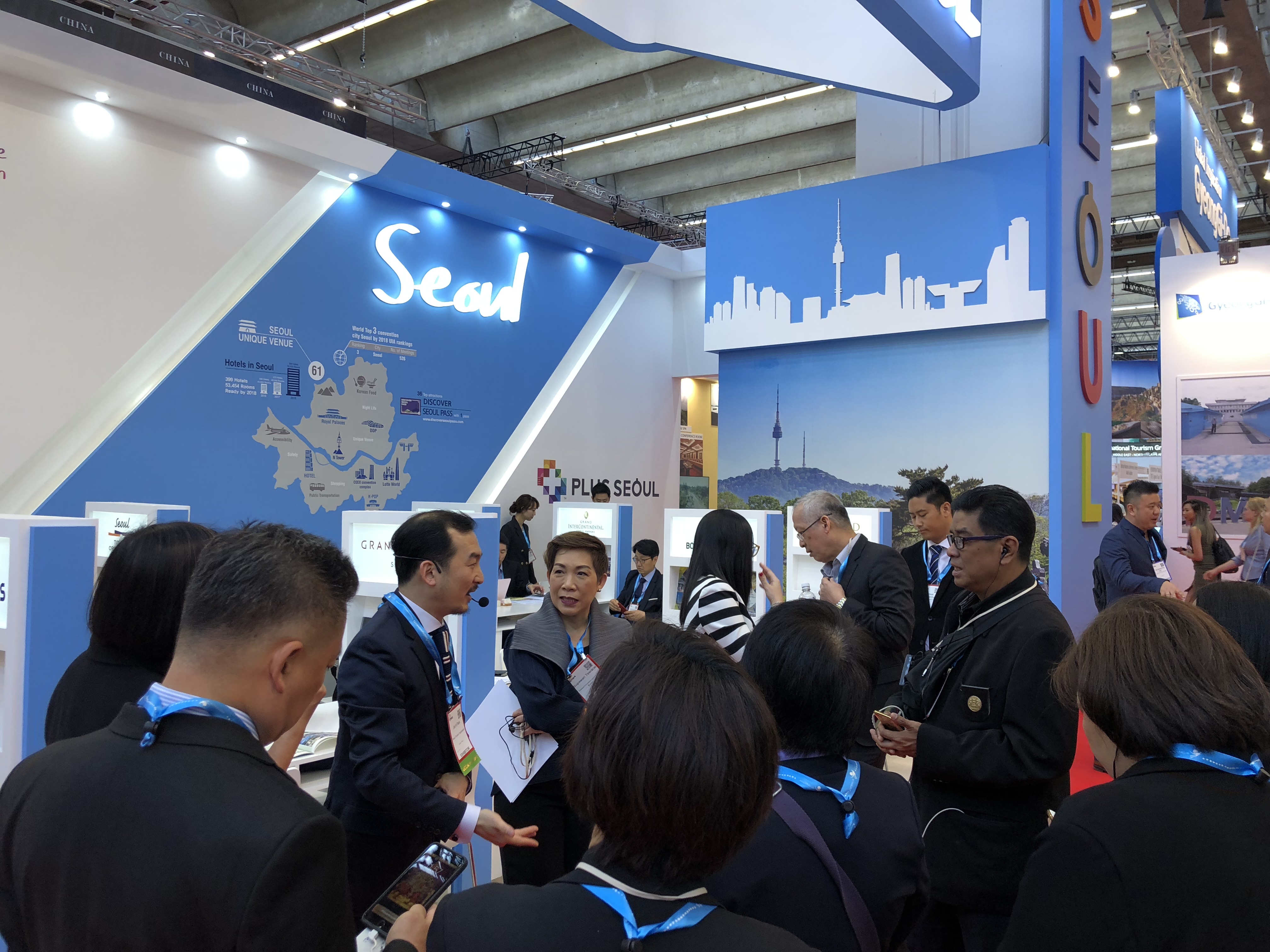 IMEX is considered to be a global festival to those in the MICE industry as it is a major event that brings in event sponsors, decision-makers for event destinations, and countless buyers from all over the world. It is the largest MICE exhibition in the world, and it brings in over 3,500 businesses from 150 countries every year. In its 16th edition this year, the 2018 IMEX was held in Frankfurt, Germany from May 15 (Tue.) to May 18 (Thu.). SMG, STO, and 6 SMA members (△Coex Convention & Exhibition Center △Grand InterContinental Seoul Parnas △Conrad Seoul △Grand Hyatt Seoul △Bosuk Tours △Aju Incentive Tours) operated the Seoul promotional booth at IMEX. At the booth, they introduced Seoul’s tourism/MICE support programs to 15,000 participants and conducted consultations.

By pointing to the success of the PyeongChang Winter Olympics and the inter-Korean summits, the attending organizations were able to promote Seoul as an optimal MICE destination to overseas MICE event sponsors. As a result, a total of 48 MICE business consultations (19 international meetings, 19 corporate meetings, and 8 events) were carried out and 15 new MICE events were discovered. In addition, a presentation on Seoul was given to 51 people from 5 teams of groups buyers representing global hotel chains, and unique events were held for participants at the Seoul promotional booth. Such events included a traditional knot-tying experience, a ‘chimaek’ (a combination of the words chicken and maekju, the Korean word for beer) experience, and taking pictures at a Gyeongbokgung Palace photo zone and uploading it to social media. 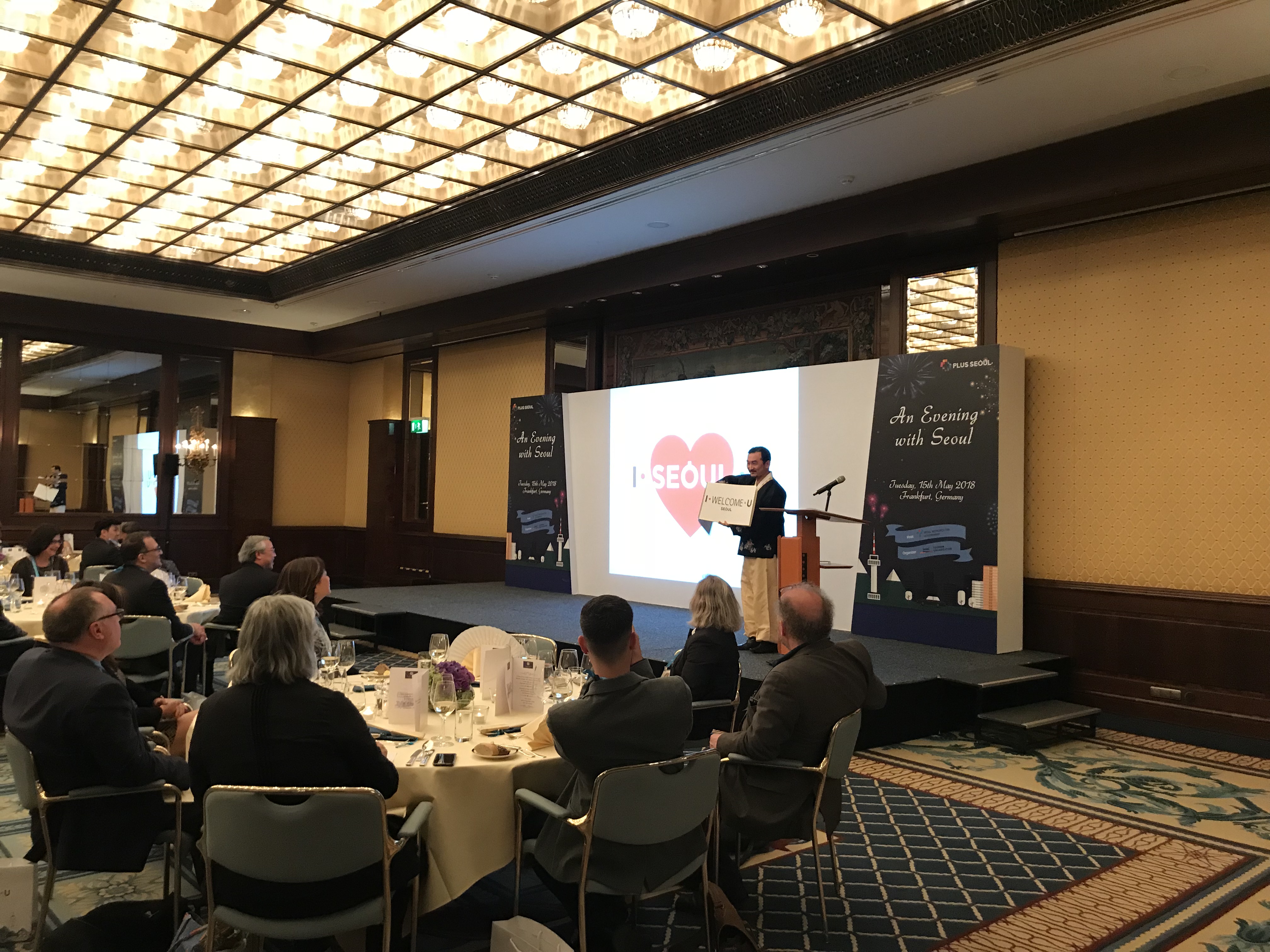 On the night of May 15, a Seoul MICE briefing session that opened at the Steigenberger Frankfurter Hof hotel also ended in great success. During the session, SMG and the others spoke in front of an audience of 86 people made up of overseas buyers and members of the media. They promoted the appeal of Seoul as a tourist destination by introducing a new tourist destination called Oil Tank Culture Park, traditional markets, and various festivals. Seoul’s MICE infrastructure, financial support measures, and comprehensive hospitality services were also introduced. A dynamic performance by a K-Pop cover dance team made up of German students and a joint performance featuring traditional Korean and Swiss instruments also drew huge applause from the crowd. 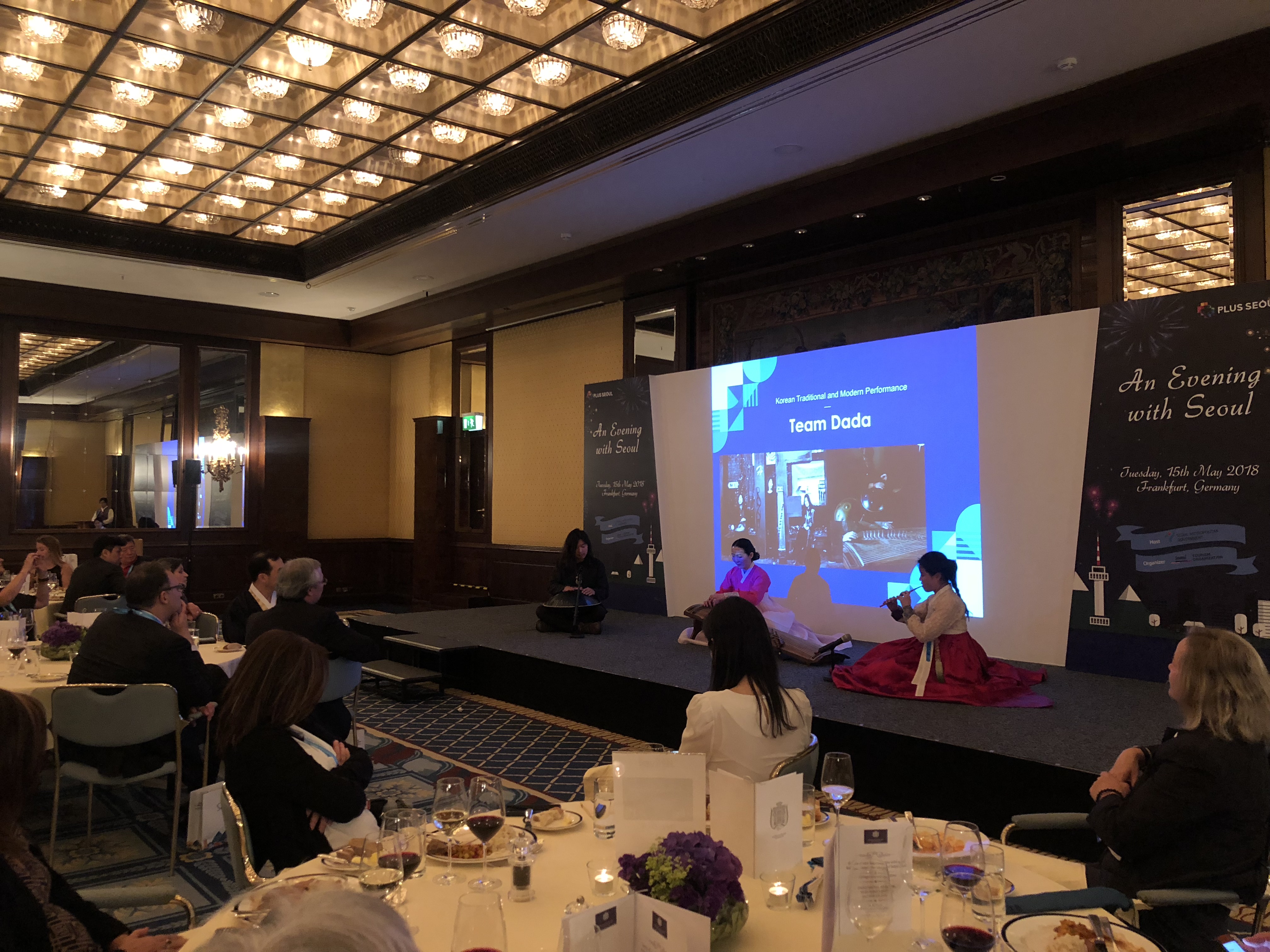 Following the IMEX exhibition in Frankfurt, Germany, another meetings trade show by the IMEX Group will open in the city of Las Vegas in the United States during the latter half of the year. By participating in the IMEX exhibition and holding a briefing session about Seoul, the city of Seoul expects to create a latent MICE demand in faraway markets in regions such as Europe and the Americas and develop into one of the world’s greatest MICE cities.