Posted at 13:37h in Uncategorized by Dayoong Kim

for the Promotion of Global MICE Events

Seoul City and the Seoul Tourism Organization will be investing 500 million KRW to support MICE events with the aim of fostering global MICE integration and convergence.  Selected events can receive funding for a maximum of three years, and support that is differentiated by tiers will also be implemented.

The Seoul Tourism Organization accepted applications for support from events that are scheduled to be held in Seoul in 2017, and determined the final selections based on the following two stages of the screening process: First, an application evaluation on May 31st (30 points); second, an evaluation by an expert judging panel on June 7th (70 points).  Selection standards varied by tiers and included criteria such as the scale of the event, the propriety of the event’s business plan, possibility for growth, and feasibility. 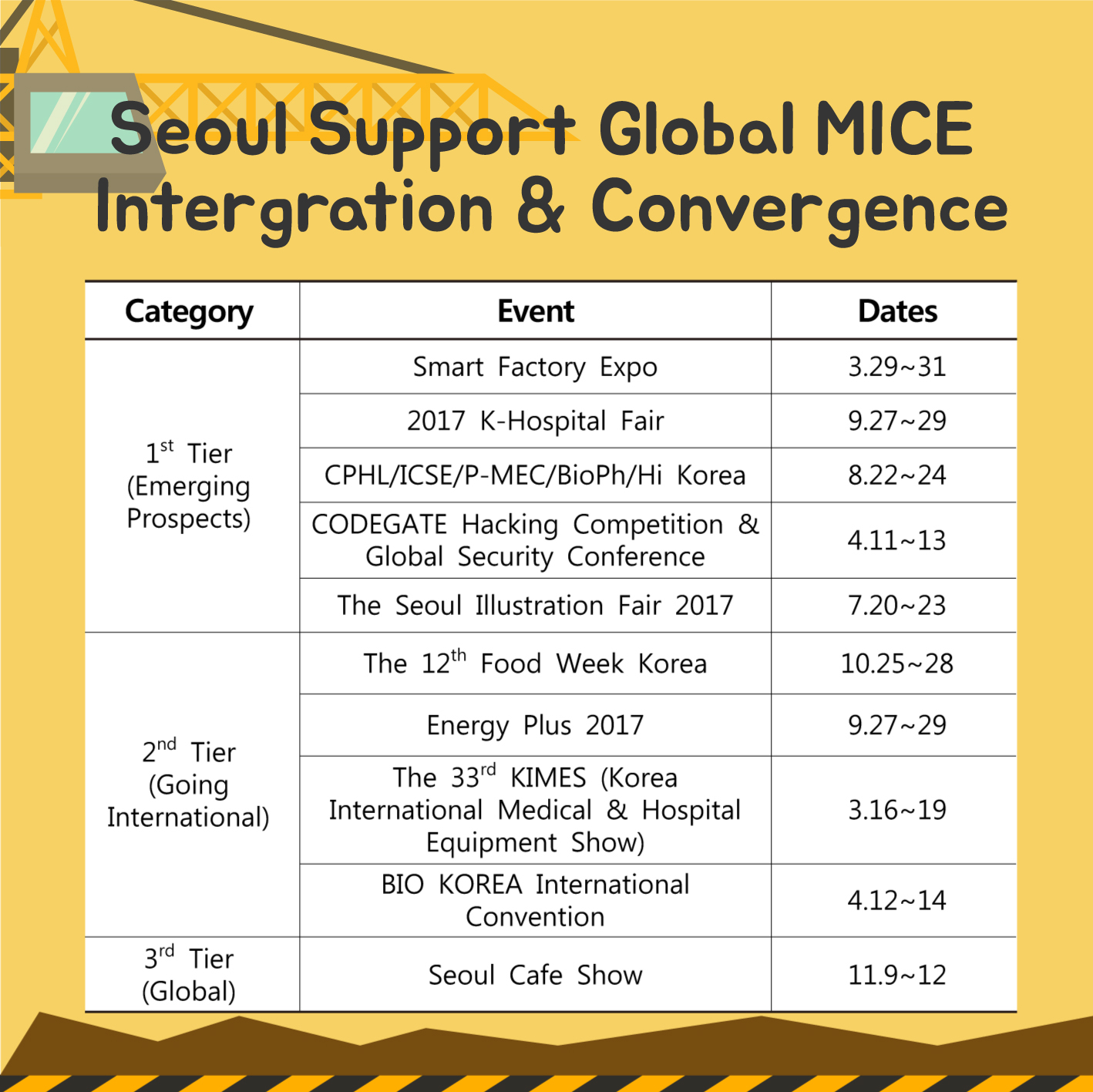 The first tier (emerging prospects) is comprised of events that are in categories with a promising future, and are new MICE events that have been held in Seoul for two consecutive years or more. This category encompasses events involved in the medical, bio, contents, industrial big data, smart sensor, and software sectors as well as a new industry that is a part of The Fourth Industrial Revolution. The second tier (going international) is made up of events that have a high possibility for international growth, and they feature exhibitions as well as international conventions. The third tier (global) features an event that has a global competitive edge, as well as characteristics of integration and convergence that has evolved the event into a festival for its respective industry – the Seoul Cafe Show.

Although the current policy is to offer a maximum of three years of support for selected MICE events, each event will be assessed yearly based on their performance to determine if they will continue to receive funding. On-site evaluations of the selected events are also expected to take place.