Posted at 19:09h in Uncategorized by Dayoong Kim

Seoul and the provinces of Gyeonggi, and Gangwon have unveiled new joint tour packages for the upcoming 2018 PyeongChang Winter Olympics. As part of the new programs’ launching, a FAM Tour was held from July 18 to 24, inviting 20 travel agencies from 15 countries including China’s largest online travel agency C-trip

The new tour packages were developed through an open competition in May based on developing tourism packages connected to these three regions. The competition was conducted among domestic inbound travel agencies with four best packages out of ten entries ultimately selected. Through this, a fam tour was carried out based on the best 4 packages composed of tourist sites, food trips, exploration activities, and more.

○ The grand prize winner was awarded to DaeHong Tour’s package [6days 5nights, Gangwon, Gyeonggi Fascinating Tour], which was experienced by five travel agencies from four different countries, including ‘ABC HOLIDAY’ from Malaysia, through the fam tour which kicked off on July 19. The package was designed to appeal to Southeast Asian tourists returning to Korea. The package is composed of exploration activities differing from existing products that focuses on simply visiting tourist sites. 18 attractions of Seoul, Gyeonggi, and Gangwon including Gwangmyeong Cave, Ojukheon, Sheep Ranch, and the Han River Ferry Cruise are included in the package.

○ The gold prize was awarded to Seoul City Tour’s [Find the Goblin] package, which is aimed at individual tourists from Chinese-speaking nations. The fam tour for the package was carried out with five travel agencies from three different countries, including Taiwan’s ‘Lion Travel Service’. During their three days tour, participants experienced the “Korean Wave” in Seoul and Gangwon Province by visiting places such as Unhyeongung, Jumunjin Beach Breakwater, and Nami Island as well as the various shooting locations of Korean dramas.

○ The silver prize was awarded to Semin International Tour’s “Korea’s Greatness and Taste” package, which shows off the charms of Korean tradition and modernity and is aimed at Southeast Asian tourists who have come to Korea for the first time.

The fam tour was one of the joint tourist marketing projects planned by the three cities and provinces to build on the momentum from the upcoming PyeongChang Olympics. The new tourism packages linked to these regions aims to attract tourists and promote the attractive qualities of each area. The packages also encourages tourists concentrated in Seoul to visit other provinces and to stay for a longer period of time. 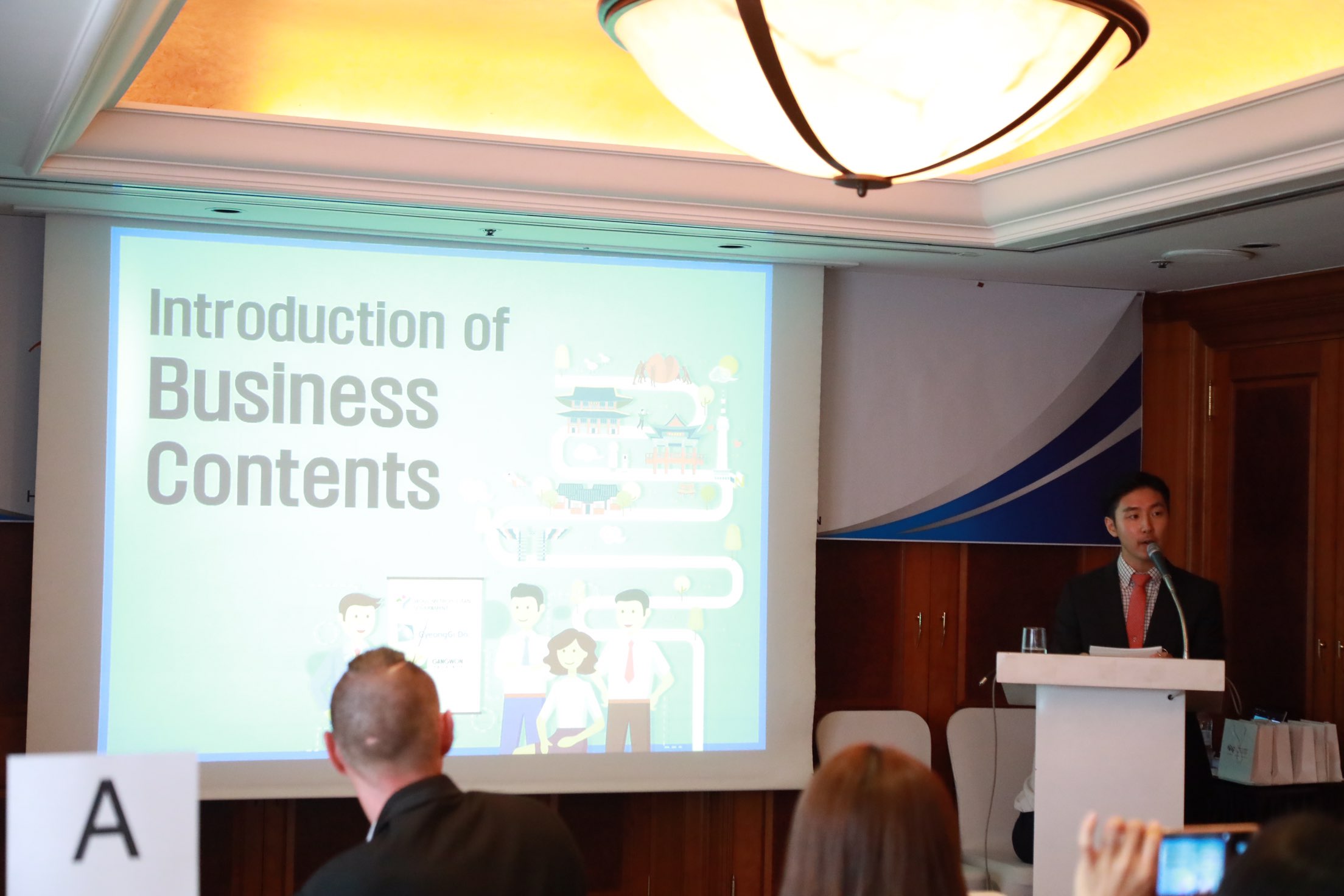 The fam tour kicked off with a welcome dinner held at the Millennium Seoul Hilton hotel on July 18 to inform the participants about the program and allow them to network with one another. The dinner’s main events included an overview of the program, a promotional tourist presentation on Seoul, Gyeonggi, and Gangwon Provinces, and a lucky draw contest. The participants were provided with a welcome kit that introduced the FAM Tour and the tour packages and, after the dinner, they visited Seoullo 7017. The Millennium Seoul Hilton hotel is a member of the Seoul MICE alliance and is adjacent to Seoullo 7017 which opened this year, making it a hotel that attracts many tourists and MICE participants. 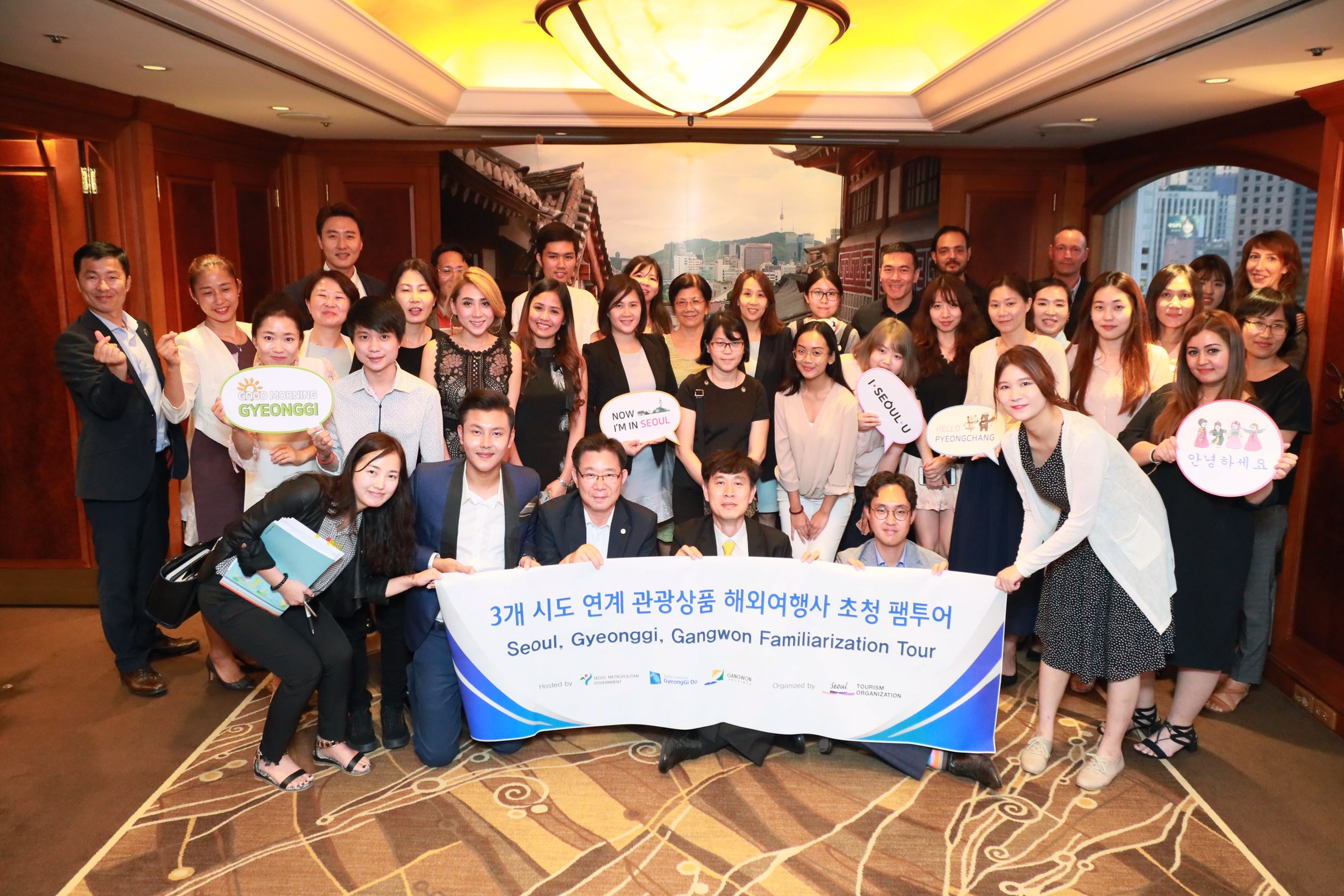