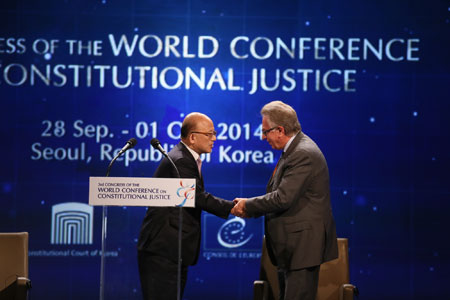 Posted at 09:00h in Uncategorized by Dayoong Kim 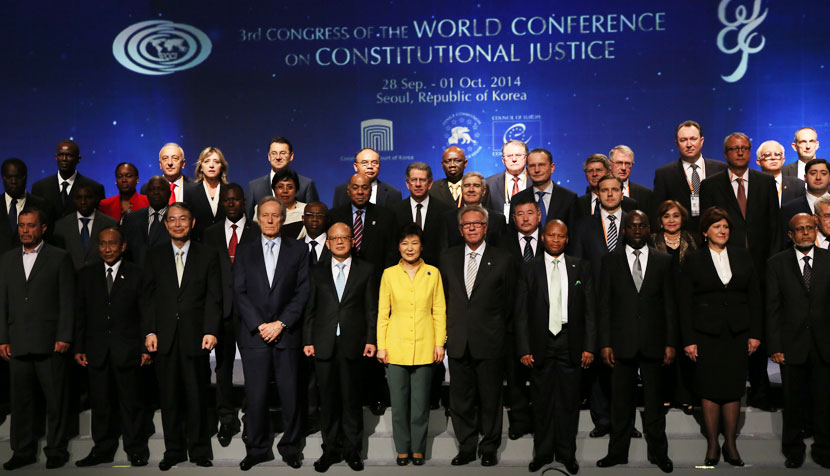 [dropcap]S[/dropcap]eoul recently formed the backdrop of the 3rd Congress of the World Conference on Constitutional Justice (WCCJ), held at the Shilla Hotel Seoul from September 28 to October 1. The Seoul congress is the first to be held since the WCCJ was officially declared a permanent body in 2011, uniting top leaders of constitutional justice from approximately 100 nations, and was the largest gathering of high-level constitutional justice officials to be held worldwide. 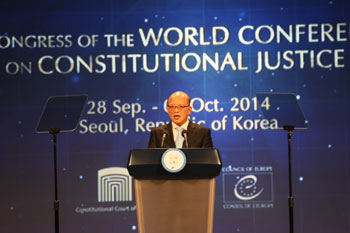 The talks also included a proposal by Park Han-Chul, president of local organizing body the Constitutional Court of Korea, to establish a human rights court in Asia. Other notable participants included South Korean prime minister Jung Hong-won, who hosted the congress dinner event, South African Chief Justice Mogoeng Mogoeng, who hosted the first congress in 2009, as well as President Ricardo Lewandowski of the Supreme Federal Court of Brazil and host of the 2nd Congress in 2011.

In addition to the plenary sessions, the 3rd Congress also arranged social and cultural programs for the participants, such as the welcome reception and a dinner hosted by Prime Minister Jung. The participants experienced Korea’s past and present by touring Changdeokgung Palace, Suwon Hwaseong Fortress (both UNESCO World Heritage sites), and the Korean Demilitarized Zone (DMZ), as well as watching the non-verbal comedy musical NANTA.

An initiative of the Venice Commission, an advisory body of the Council of Europe, the World Conference on Constitutional Justice aims to promote constitutional justice as a key element of human rights protection, democracy, and the rule of law. Congresses are held every three years.