Posted at 05:30h in Uncategorized by Dayoong Kim

Seoul provided a special free tour of the city’s top UNESCO World Heritage sites to international attendees of the 36th Annual Meeting of the International Society for Dermatologic Surgery (ISDS). The four-hour tour was given on the second day of the congress, which ran from October 1-4 at Coex and was attended by 1,200 participants. 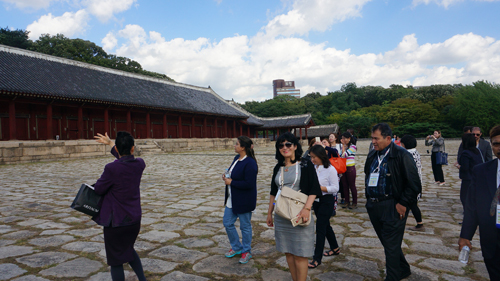 A total of 122 ISDS attendees took part in the exclusive outing, and 55 of the attendees were visiting Korea for the first time.  The tour took the participants to two outstanding examples of architecture from the Joseon Dynasty (1392-1910), which is the period when Seoul became the nation’s capital.

Jongmyo, the first stop, is one of the oldest preserved Confucian shrines to still be used for its original purpose of royal ancestral ceremonies. Established in the 14th Century, Jongmyo was built to hold memorial services for deceased Joseon rulers. It was added to the World Heritage list in 1995. 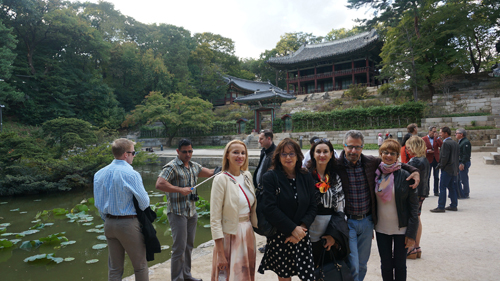 Changdeokgung Palace, also part of the itinerary, is one of the Five Royal Palaces of Joseon, and often considered the most beautiful because its architecture follows the area’s natural topography. Its rear garden, where the tour was held, has buildings for the royal family set against lush, natural backdrops. One of Seoul’s most popular tourism attractions, Changdeokgung became a World Heritage Site in 1997.

ISDS participants were organized into two groups, with each visiting one of the sites first via seven specially-provided tour buses. Helping them discover the history and importance of each site were six expert, city-appointed cultural guides (some of whom also volunteer their services for the popular City Walking Tours). The tours were given extra assistance from both Jongmyo and Changdeokgung staff, as the groups exceeded the normal size limit and had to be specially arranged. 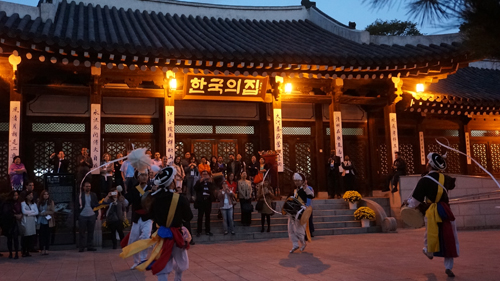 In the evening, participants enjoyed traditional Korean court cuisine at Korea House, a unique venue that provides a range of programs designed to immerse international visitors in the nation’s traditional culture. The dinner for ISDS attendees also received Seoul city support as Korea House is one of many unique venues recommended by Seoul.

ISDS 2015 is one of many international events hosted in Seoul to apply for specially-customized tours supported by the city. Contact mice@seoulwelcome.com to learn how to add tours to your event, and the many other services and support available to event organizers. 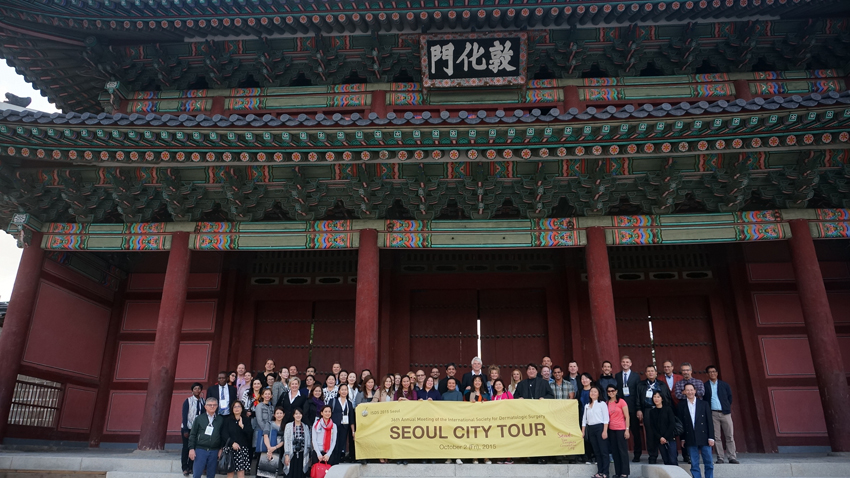