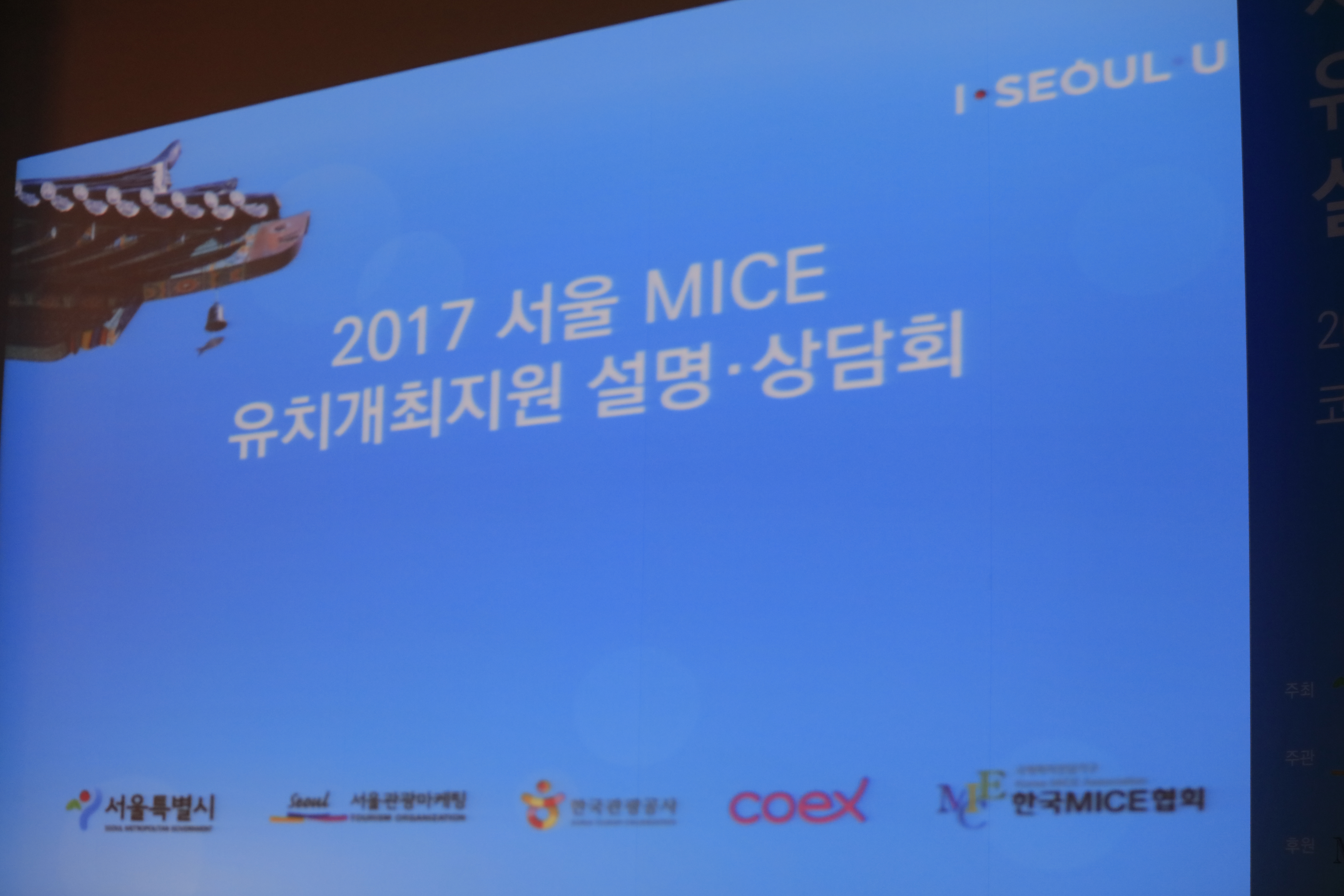 Posted at 20:51h in Uncategorized by Dayoong Kim

The ‘2017 Seoul MICE Trade Show’ was held on August 28th at COEX. It was held to boost the Seoul MICE industry by providing business and networking opportunities for cooperatives and SMA members, and to ultimately attract more MICE opportunities. A total of 215 people including 58 people from 39 cooperatives, 136 people from 70 SMA organizations, and 21 people from four sponsor groups attended this event.

For the first session of the event, successful cases of bidding and hosting MICE events in Seoul were introduced. With the full support of the Seoul Metropolitan Government and Seoul Tourism Organization, ‘2016 International Symposium on Combustion’ was successfully held last year COEX and ‘2020 International Biometric Conference’ was successfully attracted to be held in 2020 as well.

There was also a session where Seoul and Korea Tourism Organization informed participants about the MICE support program. Moreover, MICE business trade show took place between cooperatives (buyers) and Seoul MICE Alliance(SMA) members (sellers). A total of 164 business consultations were carried out. The SMA members with the most consultations and the highest levels of satisfaction were the Grand InterContinental Seoul Parnas, COEX, and the National Gugak Center.