Posted at 19:18h in Uncategorized by Dayoong Kim

through the Successful Hosting of the ASAE 2017

The Asian Pacific regional conference of ASAE (American Society for Association Executives) was successfully held at the Grand Hyatt Seoul from March 22 through March 24. Support by the Seoul Metropolitan Government (SMG), Seoul Tourism Organization, the Ministry of Culture, Sports and Tourism and the Korea Tourism Organization the conference attracted some 150 staff members of international associations from 15 countries.

The conference kicked off with an evening reception which was attended by top ASAE executives including ASAE Chairman John Graham and ASAE Board Chairman Scott Wylie with Secretary-General Ahn Jun-ho of Seoul’s Tourism and Sports Policy Division and KTO’s MICE Bureau Executive Director Kim Kap Soo providing the welcome speeches.

On the second day, Seoul Tourism Organization’s President Kim Byung-tae kicked off the first full day of the 2017 ASAE GIAP conference with an opening speech while, Don Strickland, ex-vice president of Apple and current vice president of Kodak, was the keynote speaker.

The theme for this year’s conference was Leadership 3.0: Creating Values, Trust and Teamwork. In his keynote speech, Strickland emphasized the four successful elements and traps of Leadership 3.0 saying, “Leadership 3.0 means that company will make efforts to make changes. Just like soccer games or playing jazz, there isn’t a fixed leader but many people sharing their opinions.” He added, “When people cooperate and interact with one another, true leadership is born.”

A variety of education sessions on a variety of topics were delivered over the next two days. The schedule was organized so that participants could network and consult with exhibitors in between education sessions. 12 agencies (6 domestic and 6 overseas organizations). in total participated in the table exhibitions and consultations including the Seoul Tourism Organization. 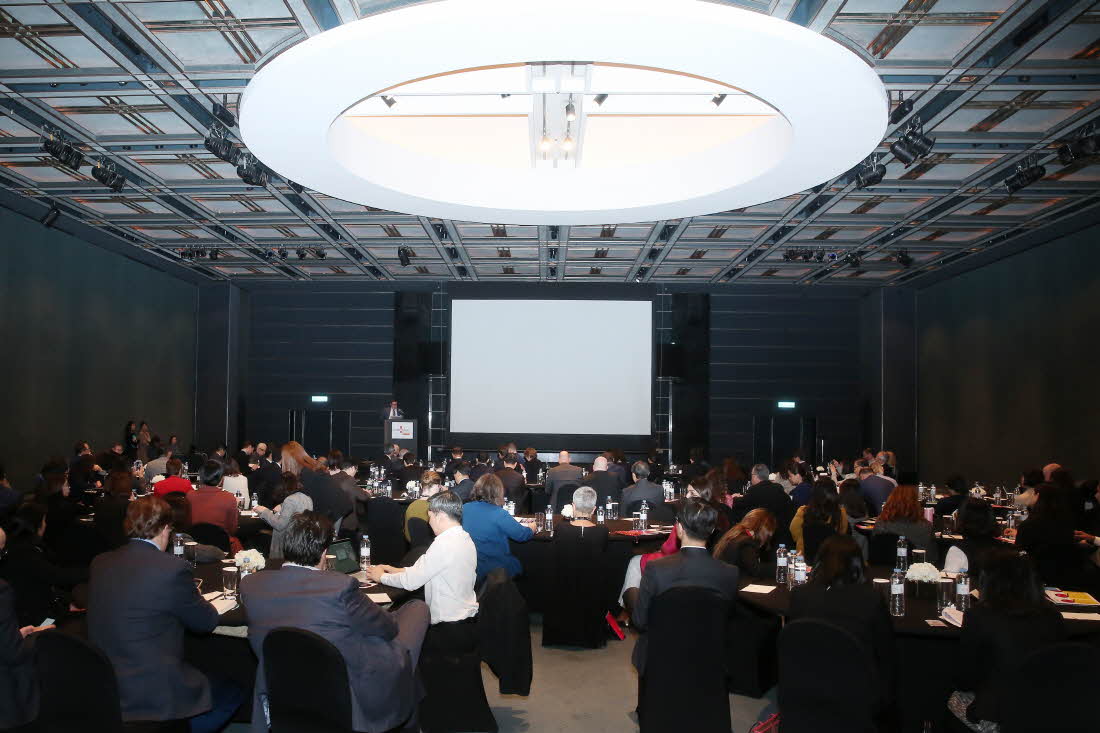 Ahead of the conference, participants had a chance to take part in a city tour hosted by the Seoul Tourism Organization on March 22, one of the city’s support services for qualifying business events. Accompanied by professional guides, the group visited Gyeongbokgung Palace and rode the Namsan Cable Car up to the N Seoul Tower. Tour participants also received the recently-launched Discover Seoul Pass providing access to 16 top tourists’ attraction under 24 hours.

The city tour was enjoyed by both first time and return visitors to Seoul including Evelyn Salire, Secretary General of Filipino Retailers’ Union, who shared, “It was a really enjoyable tour. Although it was short, I could learn Korean culture every instance. In next visit, I will expect more to see.”

Another participant, Leonie Ashford added, “It is my first time to visit Seoul. I was very lucky to witness the Changing of the Guard Ceremony at Gyeongbokgung Palace. We learned some history while we looked around buildings and the guide was very knowledgeable.”

ASAE is an international association/academic society of corporate managers established in 1920 and headquartered in Washington DC. It has 23,000 members in 50 countries with most members able to decide on the destination of international conferences. ASAE has hosted Asian Pacific Regional ASAE conference annually since 2015 reflecting the increased interest in Asia.