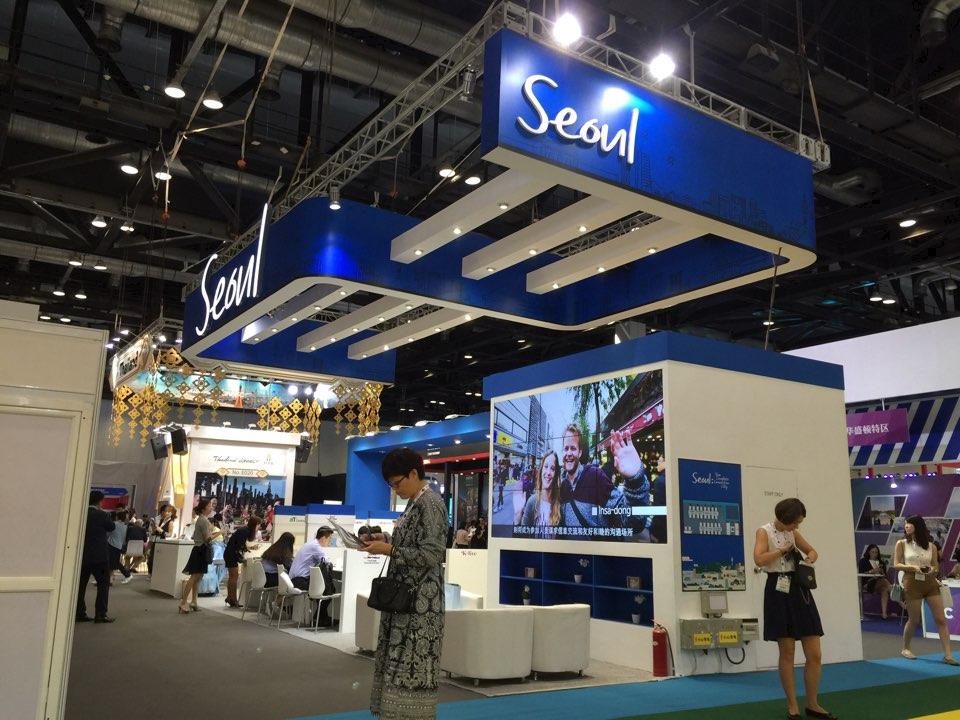 Posted at 19:52h in Uncategorized by Jiyeon Lee

The briefing session on Seoul MICE was held under the theme of “Seoul and Beijing to Solidify Friendship” and hosted at the Ritz-Carlton Beijing in China on September 6. Over 120 attendees from major Chinese companies, local travel agencies specializing in MICE, and the local media attended the event where they networked with MICE practitioners from Seoul, received the latest information on Seoul’s tourism- including new MICE infrastructure- and received a detailed explanation on Seoul’s support programs for MICE from a local MC.

For the main CIBTM 2016 show, held September 7 and 8, Seoul hosted a promotional booth with six Seoul MICE Alliance organizations. The booth was welcomed by many visitors resulting in more than 200 consultation cases with overseas buyers. “We were visited by double the number of the overseas buyers we anticipated to have,” an official from one of the SMA members said. “It further reflected the growing global popularity of Seoul- the world’s third most popular MICE city.”

As special events, a photo zone created in the concept of Seoul Magazine’s cover and an ice cream break time was held for local buyers.

Seoul’s delegates also held an in-depth interview with Chinese MICE professionals at CTS and CYTS- two of China’s largest national travel agencies- to better understand the tourism MICE market trends in China. They discussed how to encourage cooperation and improve assistance for Chinese organizations in sending incentive tours to Korea.

In the past, Seoul has maintained cooperative relationships with Chinese travel agencies by appointing dedicated staff members to the country’s six major travel agencies in Beijing and Shanghai. Taking the ideas and feedback provided by the Chinese companies and incentive tour agencies during this recent meeting, Seoul said it plans to apply them to the city’s MICE support program.

The Seoul Metropolitan Government and the STO are pushing on with the momentum from this successful time in Chine to three more overseas exhibitions in October.