Posted at 18:29h in Uncategorized by Dayoong Kim

The Seoul Tourism Organization (STO) took part in ‘AIME (Asia Pacific Incentives & Meetings Expo) 2017’ in Melbourne, Australia (held February 21 and 22) where it met with meeting planners of five events with the possibility to host their events in Seoul.

Seoul Tourism Organization joined 13 other organizations in the Korea booth under the Korea Tourism Organization (KTO) for this year’s expo which included Korean MICE-related government agencies and travel agencies. Seoul provided 23 consultations in all including seven from international conferences, twelve from company incentive events and four miscellaneous events.

Of these, five high potential events in Seoul were uncovered including two international conferences and three company incentive events with up to 3,650 people potentially visiting Seoul. 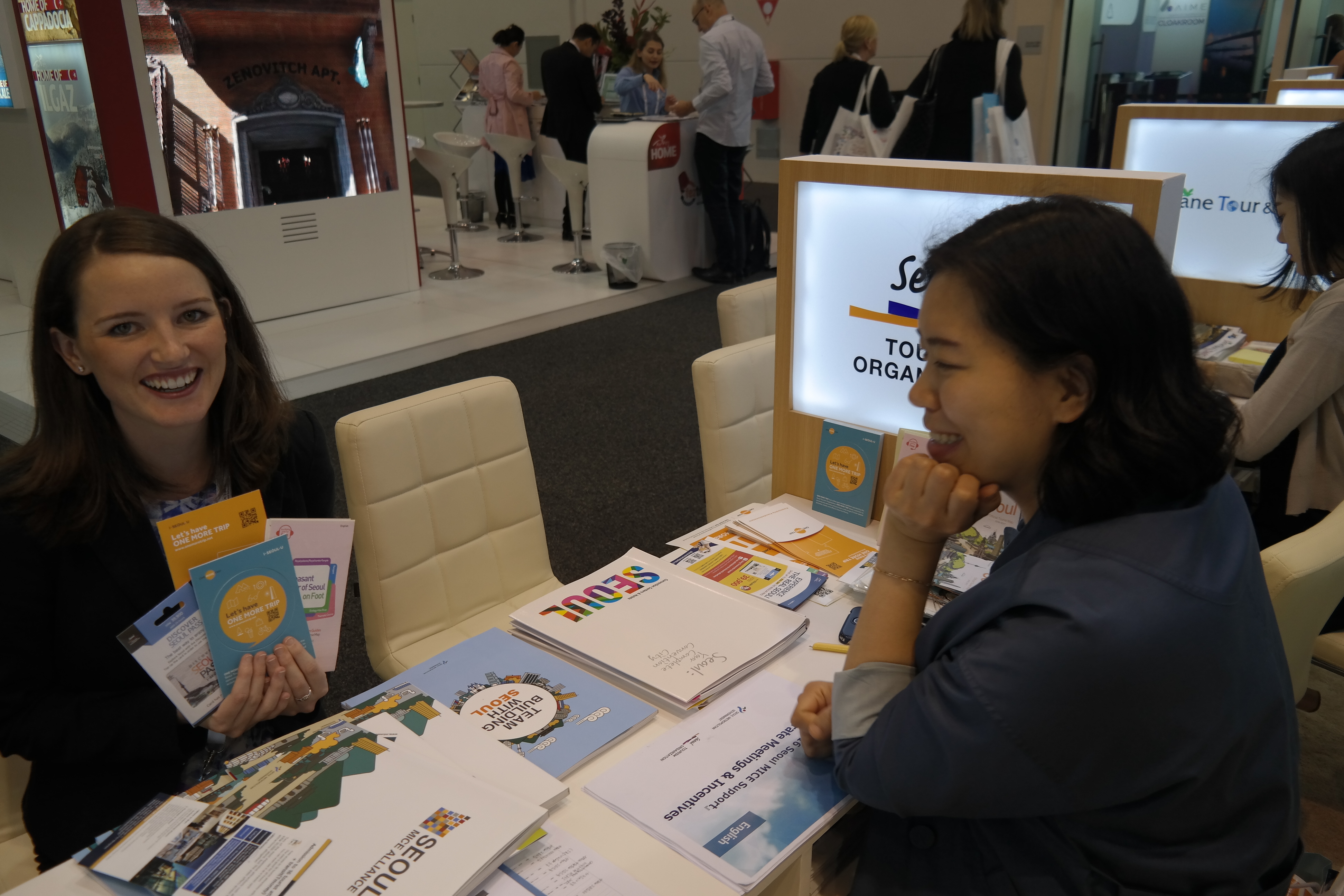 In addition to consultations, the Seoul Tourism Organization shared about some of the city’s newest tourism programs and initiatives such as the Discover Seoul Pass, One More Trip, Seoul City Walking Tours and Cultural Tourism Volunteer Guides, while enhancing the synergy between Seoul and other organizations.

AIME is the most recognized Oceanian MICE exhibition held annually and now in its 25th edition this year. This year’s expo was attended by 4,588 people including 340 buyers and 523 sellers.

STO also participated in this year’s ‘IT&CM China’, in Shanghai from 21 to 23, where it held a variety of promotional activities aimed at encouraging meeting planners to consider Seoul for corporate meetings and company incentive events.

STO took part this year in KTO’s Korea booth with 14 domestic agencies and companies. Seoul operated a dedicated consultation table throughout the event and performed 34 consultations with three high potential events including an international conference and incentive event.

A participant of IT&CM China from STO shared, “Although the exhibition was held in China, we were able to meet with many buyers from America and Europe. It was a very useful opportunity in market diversification.”

The exhibition also provided an opportunity to witness the trends and outlook of the Chinese outbound market through STO’s meetings and interaction with local travel agencies, staff from the KTO’s Shanghai branch office, and other industry leaders.

IT&CM China is a MICE specialized exhibition hosted by TTG Events. It has been held annually at the Shanghai Convention & Exhibition Center of International Sourcing (SHCEC) since 2007 with this year’s exhibition its 11th. Approximately 1,200 people from 42 countries have participated in this exhibition so far. STO regularly participates in the exhibition with KTO and have recruited 400∼500 buyers thus far.