Posted at 14:20h in Uncategorized by Dayoong Kim

[dropcap]T[/dropcap]his month will bring around 200 association member representatives of global research institute the Union of International Associations (UIA) to Seoul for networking and knowledge-sharing as part of this year’s UIA Associations Round Table Asia gathering. During the event, scheduled to be held from October 22-23 at The Plaza Hotel Seoul, attending delegates will have the opportunity to learn practical skills about and share experiences of association-related matters. They will also be able to participate in cultural experience and city tours of host destination Seoul. 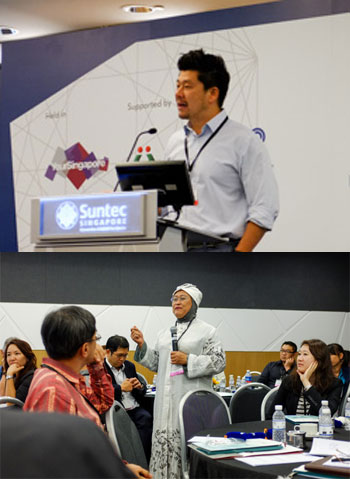 Initiated in 2012, the Round Table gathering is held twice a year in different locations across Europe and Asia. The meeting brings together professional societies, service organizations, charities, and other association professionals for knowledge exchange and case studies. Seoul is the third city to host the UIA Round Table, after top-ranking UIA cities Brussels and Singapore.

Key discussion topics at this year’s Seoul Round Table include Building membership value through connections and engagement and Mobilizing Global Movements for Good, among others. Invited speakers include UIA vice-president Cyril Ritchie, ASAE Chief Global Development Officer Greta Kotler, and other noted association leaders from both Korea and overseas.

Following the morning sessions, delegates will participate in excursions to experience first-hand the many attractions of Seoul. On October 22nd, the “Traditional Cultural Experience” tour will take delegates to nearby Gyeongbokgung Palace and Bukchon Hanok Village, while the October 23 “City Tour” will visit the recently-opened Dongdaemun Design Plaza, N Seoul Tower, and the highly-popular Myeong-dong shopping district.

The Asia gathering comes at a time of rapid growth and increased global exposure for Seoul’s meetings industry. This was reflected by the UIA itself in June when the organization revealed that Seoul now ranked 4th worldwide as a host destination in its 2013 International Meetings Statistics Report, after three years of the city having also maintained 5th place worldwide in the UIA’s annual reports between 2010 and 2012. Seoul is also becoming an active events destination for UIA-based functions, with the 2017 UIA World Congress set to take place at the city’s Coex convention center in three years’ time.