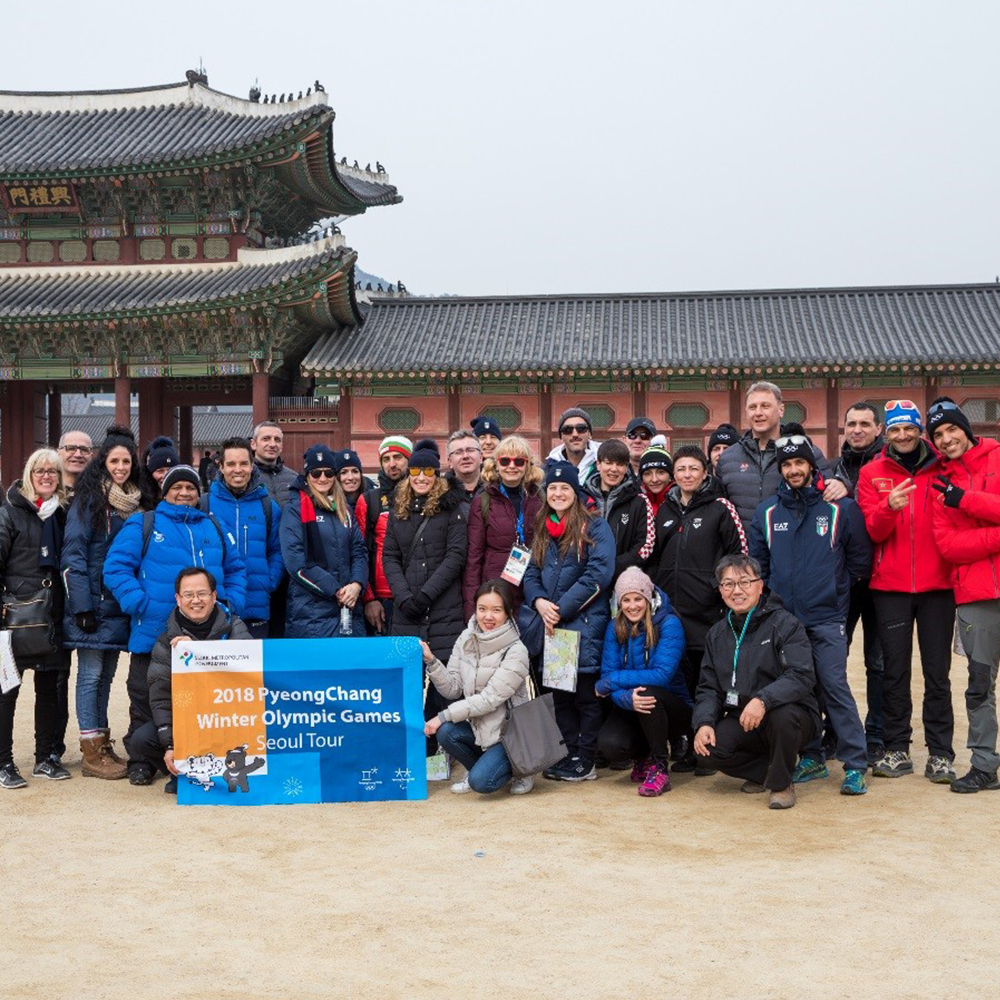 Posted at 16:07h in Uncategorized by Dayoong Kim

Seoul organized a Seoul bus tour from February 19 to 23 for Pyeongchang Winter Olympics athletes and IOC members. Seoul MICE Supporters were on hand to make sure that the Olympic athletes had the best possible time during their tour. 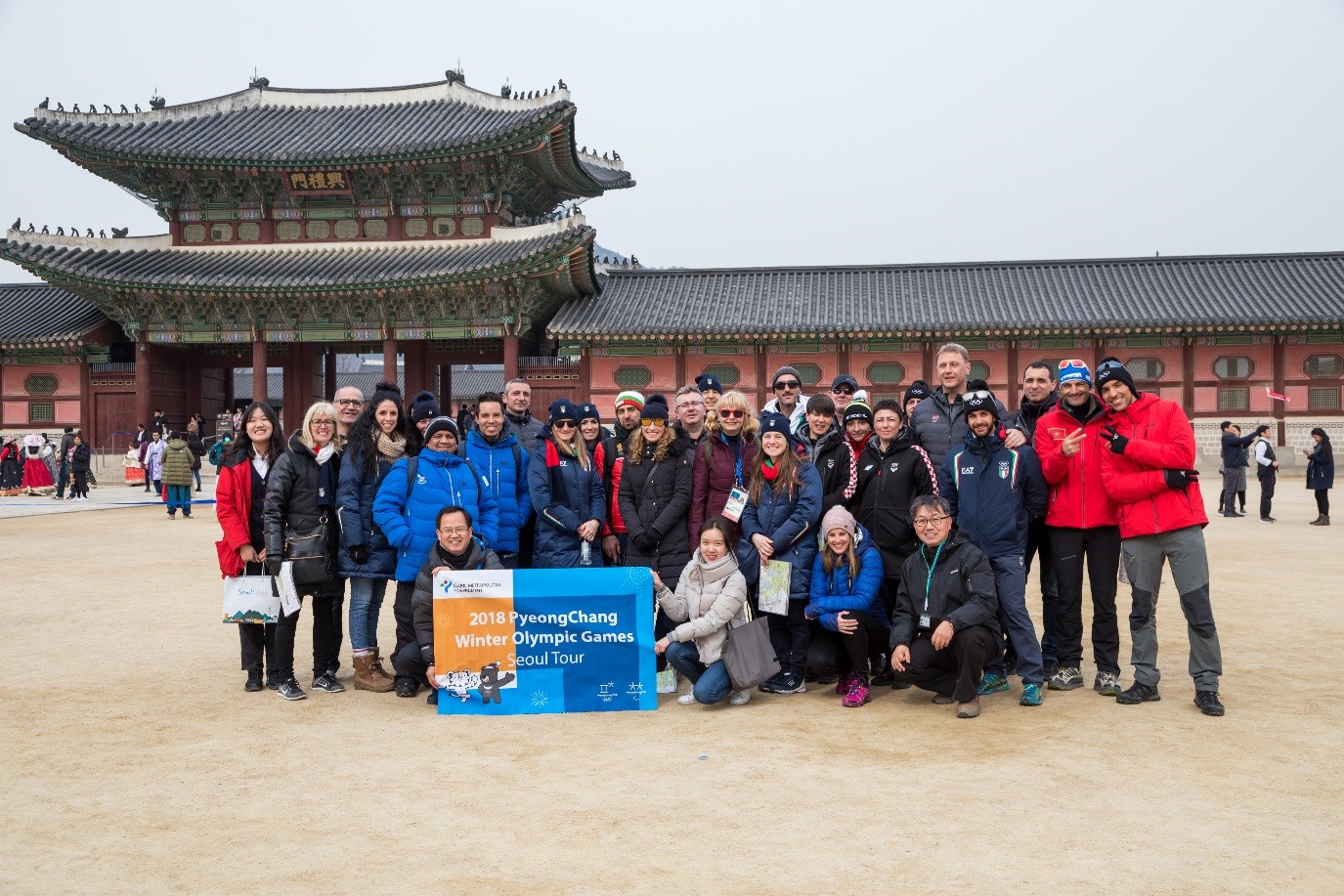 The two groups of athletes – one from the ice rinks of Gangneung and the other from the snowfields of Pyeongchang – started their tour at the Bukchon Hanok Village, where they got to see how people during the Joseon Dynasty period really lived. From there, the special visitors enjoyed themselves in Insadong, where one can experience the sentiment and culture of Korea; Changdeokgung Palace, the only one of Seoul’s five royal palaces to be recognized as a World Cultural Heritage site by the UNESCO World Cultural Heritage Committee; and Myeong-dong, which is considered to be the shopping mecca of Korea. The athletes, who were able to escape from the burden of training and competing, took pictures all over Bukchon Hanok Village and tried to learn how to use chopsticks while eating bulgogi. Many of the athletes also stocked up on Korean cosmetics to give to their friends as gifts. 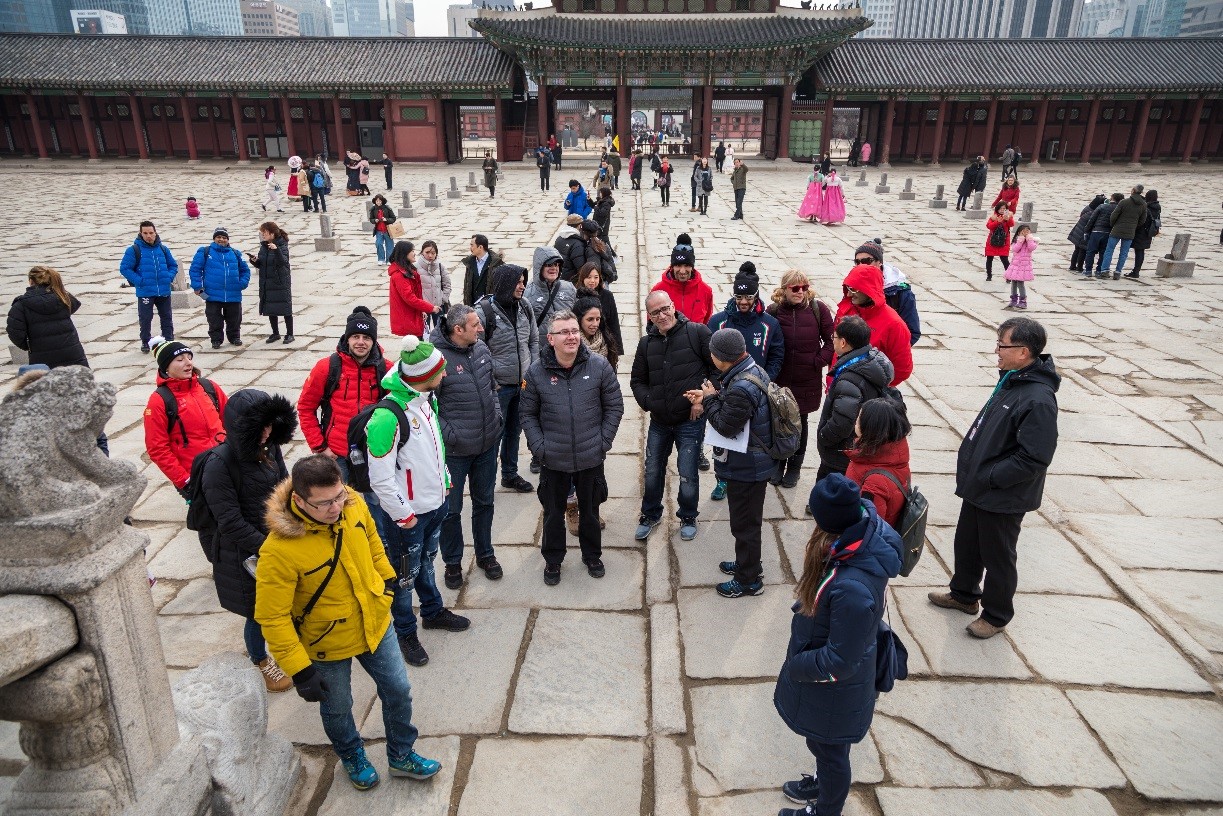 The athletes seemed to be particularly captivated by the royal palace, which has retained a sense of Korean history and the aesthetics of Korean traditional architecture. After touring Changdeokgung Palace, Australian freestyle skier Samantha Wells (age: 28) said, “I was already aware that Korea was advanced in terms of technology, but I had no idea that it had struck such a great harmony between its past and present. It’s really interesting.” Croatian bobsledder Drazen Silic (age: 32) laughed as he said, “Seoul is definitely a massive city, but it has also retained aspects of its history. I like Seoul more now.” In a survey that was filled out by the participants after the end of the tour, the royal palace was given an average of 4.3 points out of five points. It had the highest rate of satisfaction out of all of the locations on tour.

Through the tour, Kim Ji-min – MICE supporters – learned that a single person could represent all of Korea. She said, “City marketing isn’t only about expanding infrastructure. It also lies in a healthy civic awareness and a bright smile. I want to help create special memories for foreigners who visit Seoul.”

Park Soo-bin – MICE supporters – who saw Seoul in a new light from the perspective of foreigners, said, “The city of Seoul, which has been my home for 20 years, felt different during my five-day stint of working as a Supporter. Through my interactions with athletes from a variety of countries, I was able to educate them about our culture. Conversely, I was able to learn about their culture as well. It was a meaningful time.”