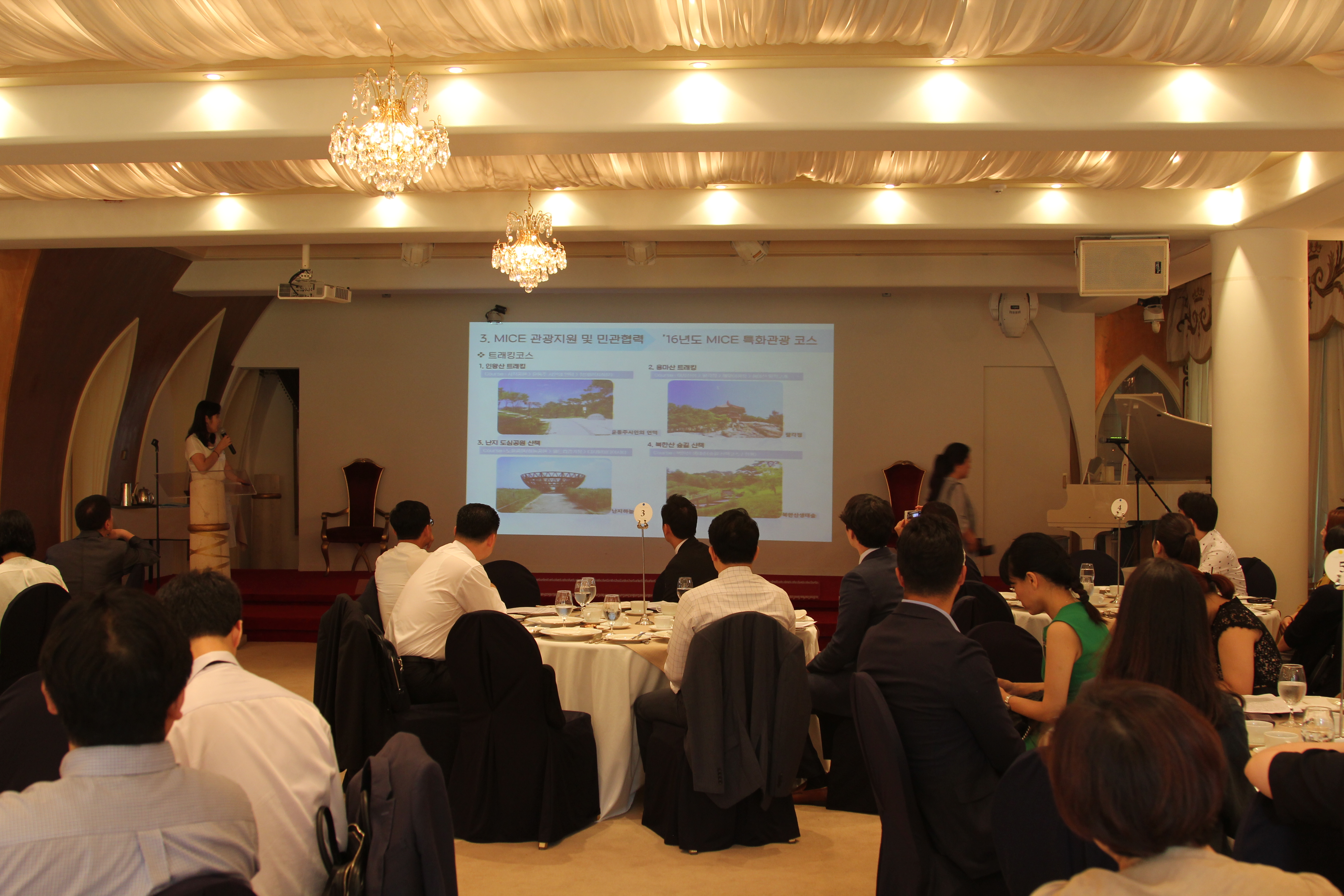 Posted at 13:37h in Uncategorized by Jiyeon Lee

The Seoul Tourism Organization (STO) and members of the Seoul MICE Alliance (SMA) gathered on July 12 for their regular STO and SMA meeting. The meetings are put on 2 to 3 times a year to better coordinate efforts in working together and Seoul’s MICE industry. A total of 60 people, including representatives from the SMA members, Seoul government, and 10 officials of the Seoul Tourism Organization, attended the meeting to discuss issues covering a wide range of areas.

STO began by explaining the city’s major MICE projects to the attendees. And then they were divided into four groups to concentrate on four specific topics: international meetings, corporate meetings & incentive tourism and development of MICE talents, MICE PR and promotion, and MICE tourism support through public-private sector cooperation. For nearly an hour the attendees shared their experiences, suggested improvements regarding Seoul’s MICE projects, and ideas for new programs.

The group tasked with discussing international meetings made a number of suggestions, including development of a database of domestic and overseas PCOs and financial support for inviting and hosting international meetings. Currently, financial support from Seoul is available in three stages − namely, inviting, promoting, and holding events. However, the first stage of inviting requires a large amount of initial investment, Inviting events generally requires a large amount of initial investment and members called for improving the financial support system. Attendees also pointed out there was a shortage of manpower and the need for an effective manpower supply/demand system. Another participant mentioned that KME (Korea MICE EXPO) has been downsized in the past few years, and suggested diversification, increased attractions, and enhanced Seoul programs for fam tours.

The second group provided feedback for corporate meeting & incentive tourism, and development of MICE talents. The group pointed out that the general focus was overly concentrated on the East Asian region, especially the Chinese market, and therefore attention should be brought to the European and North American markets as well. Regarding development of MICE talents, the attendees explained that financial support and practical education & training should expand.

The third group for MICE PR and promotion had a long and spirited discussion. They indicated that PR efforts are focused mainly on tourism, even though the city has other diverse infrastructure as well, suggesting the urgent need for developing unique venues to enhance the experiences of MICE participants. They stressed that many participating in corporate meetings and incentive trips desired learning and new experiences such as site visits to industry-specific sites for example, rather than a regular group sightseeing tour. As most private companies do not have sufficient information or resources though the members stressed closer cooperation with Korean companies and organizations was needed. The group also echoed other groups in saying current PR efforts were concentrated too heavily on large markets such as China and stressed a need to diversify the city’s MICE PR and promotion efforts by region and market size. The group suggested holding an advertising or briefing session targeting academics in an effort to invite events of societies or associations as they could distributing information on Seoul’s MICE programs.

The last group indicated in general, MICE participants stayed in Seoul for 3~4 days but often lacked the time to go sightseeing creating a need to develop programs to make the most of such opportunities. The attendees also discussed measures to secure visitors’ time for a tour by participating in the process of scheduling programs. A number of ideas about the MICE Cards were shared at the meeting. At present, use of the card by MICE participants cannot be monitored so the group suggested ideas like the application of a barcode, increased installation of card readers, enhanced design, and increased introduction of the card to shops.

The meeting was especially timely as Seoul had recently climbed to 3rd place in the Union of International Associations (UIA) statistics on international meetings recently. The meeting presented an opportunity to hear opinions from those engaged in the MICE industry and to help the nation’s capital city advance its global reputation as a MICE destination.

So-hyun Kwon, MICE Deputy Director of Seoul’s Tourism Policy Division stressed the importance of the SMA saying, “Seoul has endeavored to develop the MICE industry for the past 16 years and thanks to the SMA members, Seoul was able to reach 3rd place among the world’s international meeting cities this year. We hope this opportunity can help Seoul achieve qualitative growth in the industry.”