Ticket Sales for “Kokdu”, Main Performance of the National Gugak Center, to Begin on August 10

Home > Ticket Sales for “Kokdu”, Main Performance of the National Gugak Center, to Begin on August 10 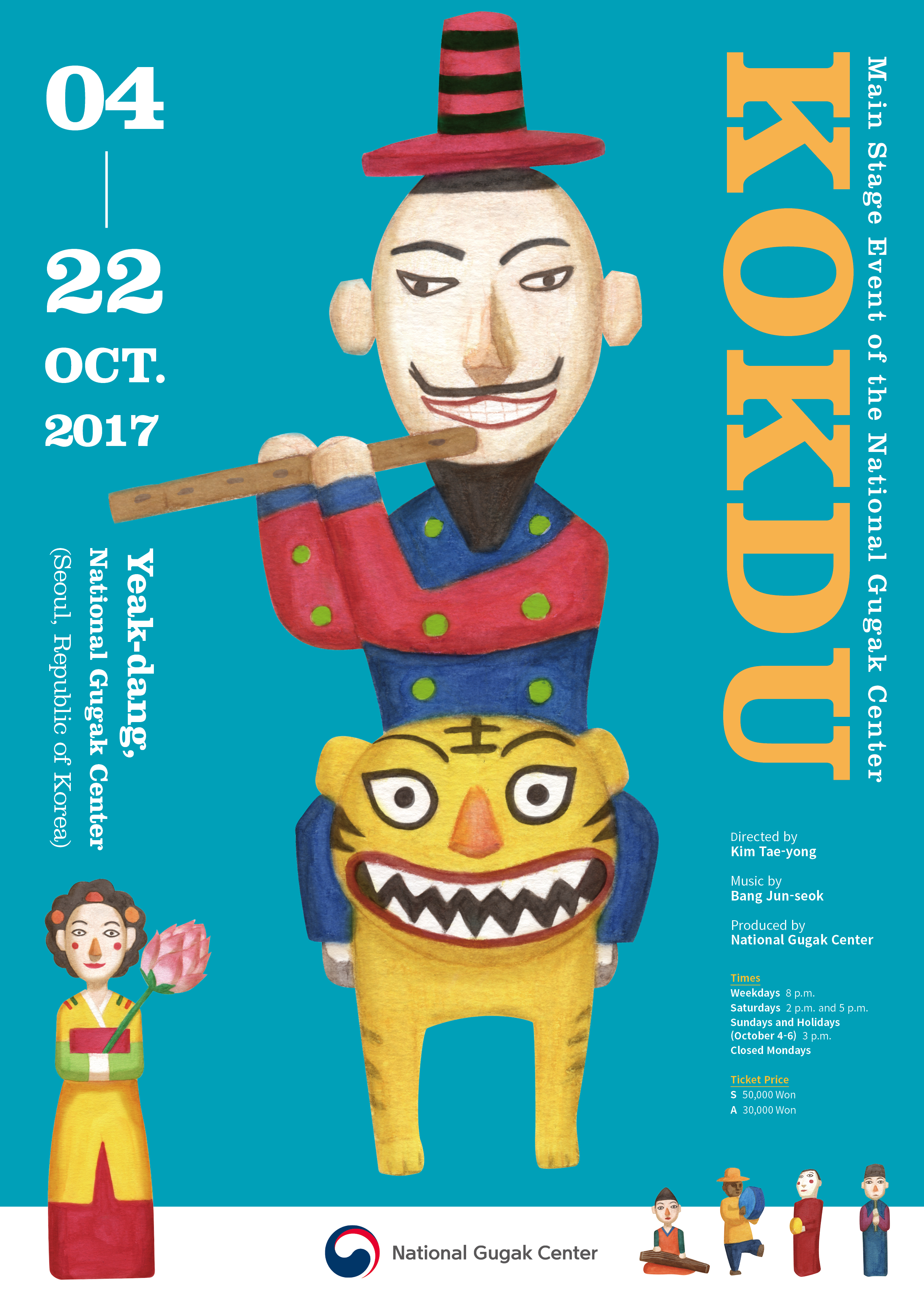 16 Aug Ticket Sales for “Kokdu”, Main Performance of the National Gugak Center, to Begin on August 10

Posted at 20:31h in Uncategorized by Dayoong Kim

the National Gugak Center, to Begin on August 10

Tickets for the National Gugak Center main performance “Kokdu” (Directed by Kim Tae-yong) will be on sale from August 10! Special discounts offered for early reservations and over the Chuseok holiday

□ The National Gugak Center (Director-General Kim Hae-suk) will begin ticket sales for its main performance “Kokdu” on August 10, Thursday, on the NGC website and through online vendors Interpark and Hana Tickets. Special discounts will be offered for guests making early reservations and for performances during the Chuseok holidays, among others.

□ “Kokdu” will be on stage from October 4 to October 22, offering 20 shows of this original performance produced by the NGC to expand on its repertoire of traditional performances.

□ In line with efforts to redefine the social perception of gugak (Korean traditional music and dance), the NGC is working with movie director Kim Tae-yong, director of the movies <Late Autumn, 2010> and <Family Ties, 2006>, and music director Bang Jun-seok, well-known for his work on <Radio Star, 2006> and <The Throne, 2014>.

□ The NGC is offering various promotions and discounts for “Kokdu” tickets. Up to August 31, all tickets will be sold at 30% discount prices for early reservation, and a special 50% discount will be applied to all tickets for performances during the Chuseok holidays (October 4 – 8).

□ A variety of promotional events will be held to mark national holidays as well. During the week of hangeul (Korean Alphabet) Day (October 10 – 15), the NGC will be handing out special souvenirs to foreign audiences participating in the hangeul reading event, and all tickets will be offered at a special 50% price on Culture Day, October 21.

□ The NGC is also preparing special souvenirs for guests wearing a hanbok (Korean traditional costume) to the performance and guests attending with a grandparent. Foreign guests can gain hands-on experience with Korean traditional instruments during the danso flute event.

□ Foreign audience groups of 20 people or more can also enjoy special promotional prices on tickets, and groups wishing to experience traditional Korean music will have the chance to learn the janggu drums.

□ In addition, group visitors will be offered package deals that include performances, gugak and hanbok experience programs and meals. Groups interested in package programs should inquire through email at kjh0506@korea.kr.

□ General sales for performance tickets will be available through the National Gugak Center homepage (www.gugak.go.kr), Interpark (ticket.interpark.com), Hana Tickets (ticket.hanatour.com), or telephone (02-580-3300). Further discount information will be posted on each site.

□ The National Gugak Center’s main performance “Kokdu” will be on stage at the Yeak-dang at the NGC from October 4 to 22. Curtain times for shows on weekdays will be at 8 p.m.; at 2 p.m. and 5 p.m. on Saturdays; and 3 p.m. on Sundays and all performances during the Chuseok holiday period (October 4 to 6). There will be no performances on Mondays. Tickets are priced at 50,000 won (S Seats) and 30,000 won (A Seats). Ticket-related inquiries should be directed to the NGC at 02-580-3300.

at the National Gugak Center – Overview

ㅇ Recommended for Children of school age and above