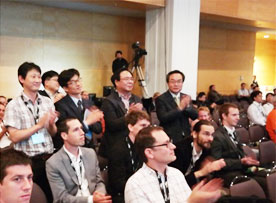 Posted at 15:40h in Uncategorized by Dayoong Kim

[dropcap]S[/dropcap]eoul has won the bid to host the 2018 World Conference on Timber Engineering (WCTE), a major biannual gathering of the world’s foremost forestry experts from multiple fields. Scheduled to take place from September 9-13, 2018 at Coex, the conference will be attended by 700 persons from 40 countries and represents one of several winning event bids for Seoul this year.

In preparation for the bid, local organizers from the Korea Forest Research Institute (KFRI) took part in the Seoul’s special bidding clinic program and received other forms of strong support from the city’s government agencies. As a result, the Korean capital was declared the host venue for the high-profile event by the 2014 WCTE Executive Board on August 14th in Quebec City, Canada.

Although the Korea’s timber engineering industry is not as well-known as that of other countries competing in the bid, Seoul’s well-crafted proposal and thorough preparations inspired the judging panel by highlighting the many merits of Seoul.

Following the announcement of the bid win for Seoul, a representative from the KFRI stated, “Our multi-faceted promotional strategy and polished bid presentation were the keys to winning this bid. Our presentation was very well-received by the judging panel, and they said that our presentation was the best one that they have ever seen.”

Seoul’s support for the bid proposal included financial assistance, advisory meeting and consulting support, a letter of support from Mayor of Seoul Park Won-soon, and aid for promotional videos of the event and leaflets. In addition, the Seoul Convention Bureau’s free bidding clinic assisted the Korea Forest Service with the drafting of their PowerPoint presentation and bid proposals. 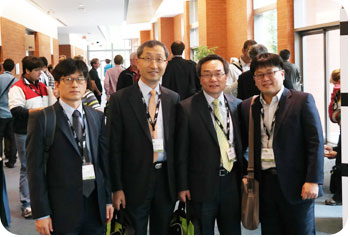 Seoul has recently introduced new forms of meetings industry support, as its current programs such as the bidding clinic have shown much success in bringing large congresses to the Korean capital. One of these initiatives is a new support program for the hosting of domestic exhibition events.

For more information about the range of support and services available for international events hosted in Seoul, visit the SCB online at www.miceseoul.com or email mice@seoulwelcome.com.

A full listing of upcoming events in Seoul is available via the official Seoul Convention Bureau website here.